Each year, a different trendy TV show, movie, or celebrity absolutely takes over Halloween by becoming the most popular costume of the season. For 2020, it’s looking like Oct. 31 will be filled with Schitt’s Creek characters. The wacky Canadian sitcom may have had humble beginnings when it premiered in 2015, but after arriving on Netflix, it has quickly become one of the most beloved modern comedies. Fresh off the show’s buzzy 2020 Emmys sweep, here are some DIY Schitt’s Creek Halloween costumes to fully embody your favorite Rose.

Although Schitt’s Creek was on the air for half a decade, it only really gained a large, devoted fanbase recently thanks to Netflix acquiring its streaming rights. The show went out with a bang at the beginning of 2020, ending its six-season run with the big, emotional wedding that fans had been waiting for. Months after its final farewell, the 2020 Emmys confirmed just how popular the series had become by awarding it all seven major awards in the comedy division. The record-breaking sweep cemented Schitt’s Creek‘s place as the biggest TV show of 2020, which of course means it will inspire a ton of costumes on Halloween.

Whether you’re coordinating a group costume with your Schitt’s Creek-loving friend group or you just want to recreate one of your fave looks from the series, here are some easy ways to bring all the characters to life:

Nobody loves a black-and-white look more than David Rose, especially when it involves a sweater. David had a hyper-specific sense of style throughout Schitt’s Creek, so to recreate his look for yourself, you’re going to need to grab a black-and-white sweater with stripes, words, or a geometric pattern on it. 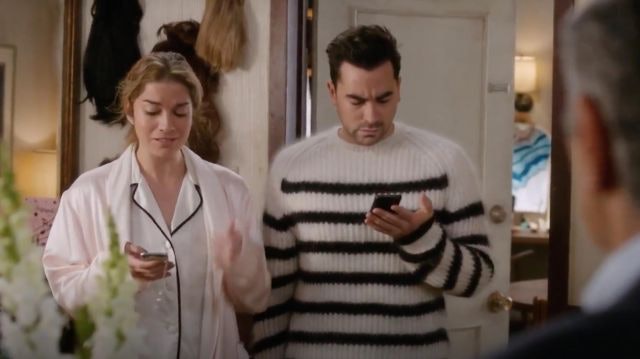 Unfortunately, pretty much all of David’s memorable sweaters are designer, and therefore are extremely pricey. But you can easily replicate his black-and-white looks on the cheap by searching for more affordable lookalikes. 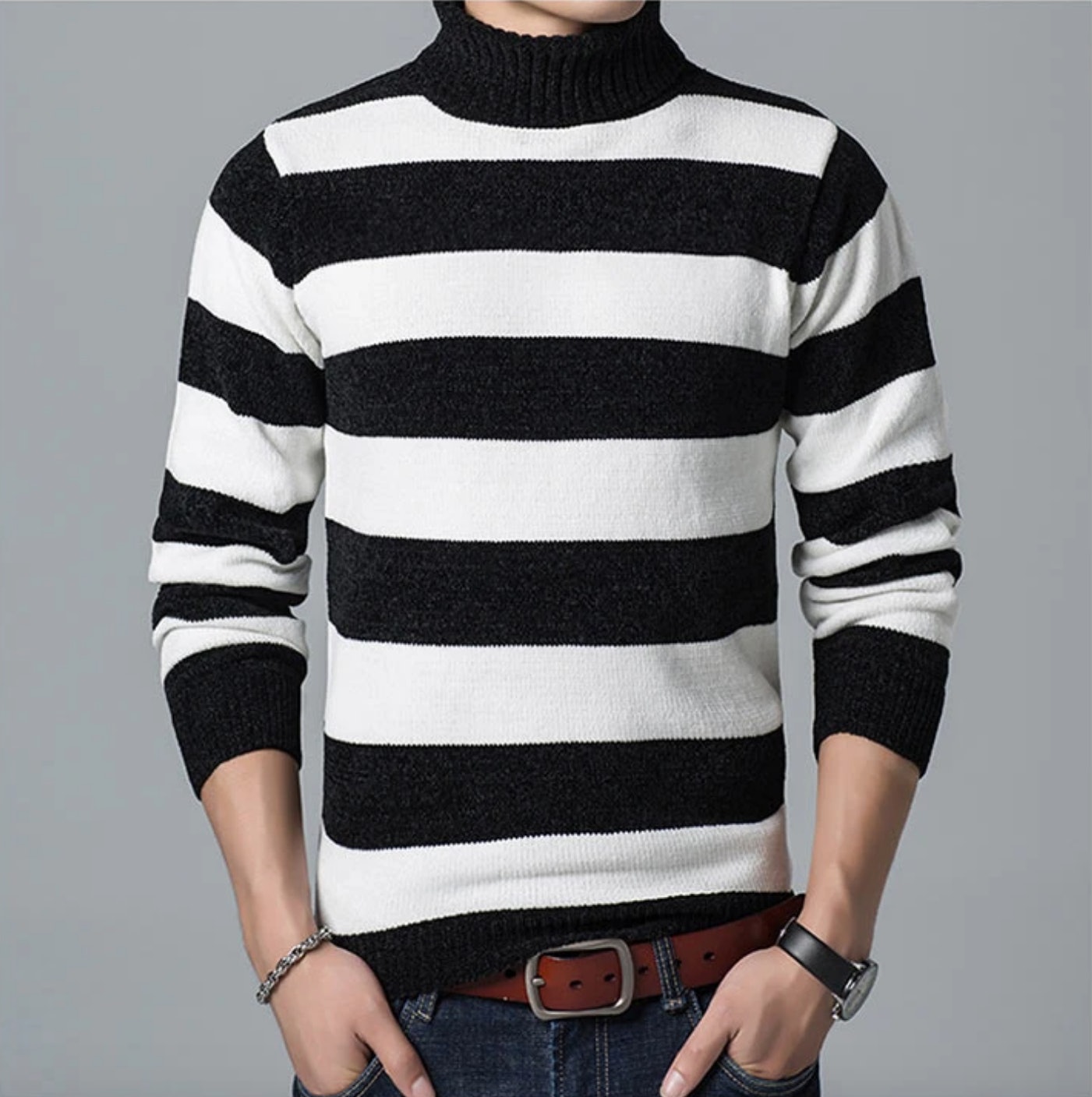 David’s favorite accessory is big, statement eyewear. You can get stylish shades that would definitely be David-approved without spending too much at 3rd Eye View. 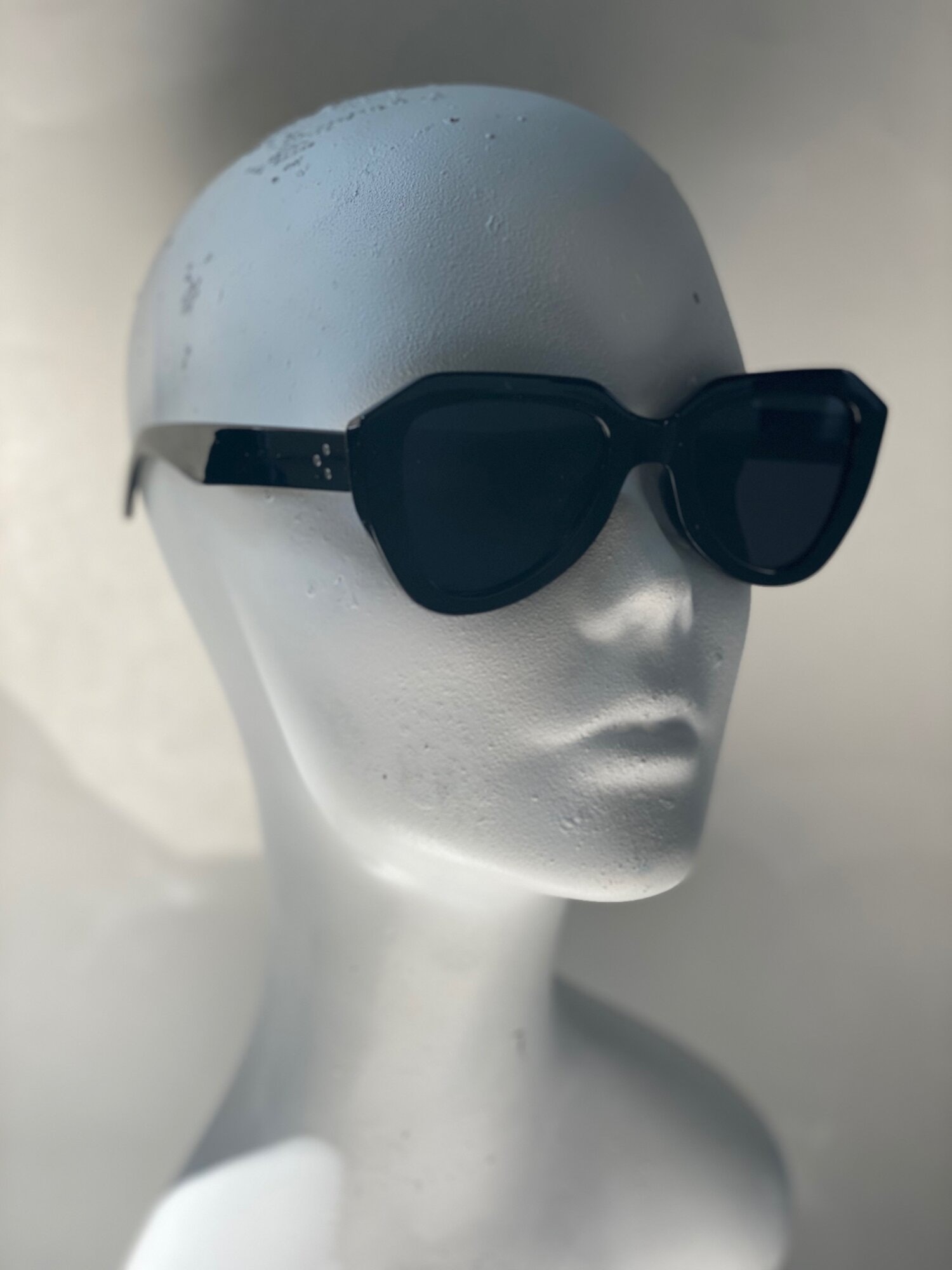 Like her brother, Alexis also has a very specific taste in fashion. She loves to rock flow-y party dresses on the reg, which are the perfect combination of style and comfort. 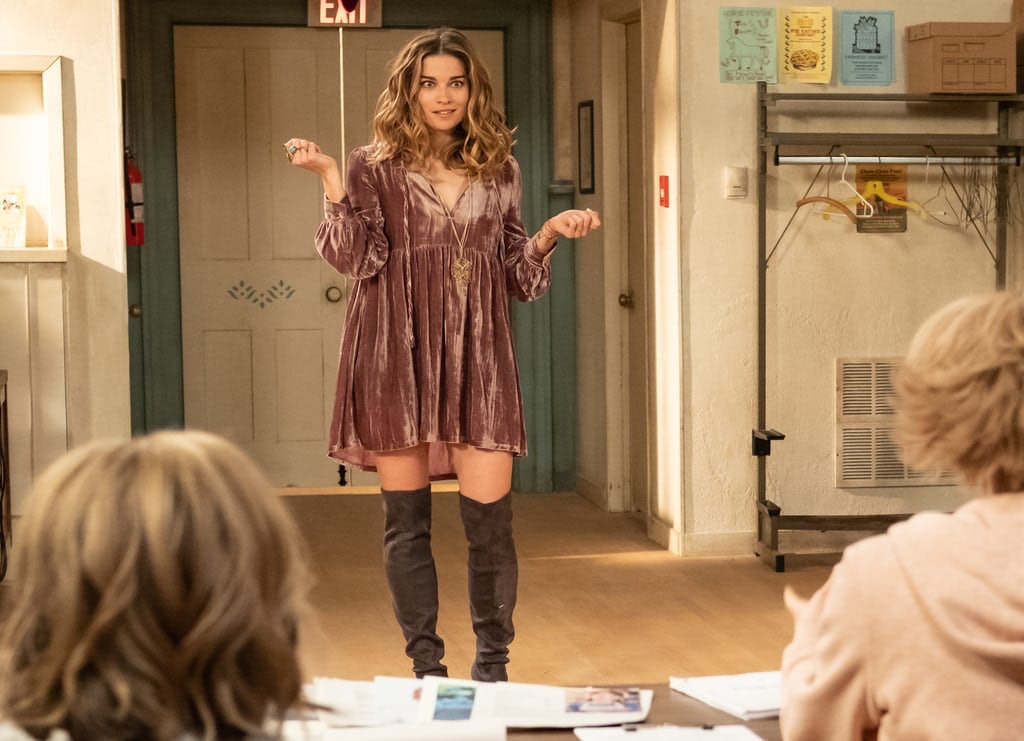 One of Alexis’ most iconic looks has to be the velvet dress she wore while auditioning for Moira’s musical. I mean, hello, it was the scene that introduced the world to "A Little Bit Alexis." You can recreate the look with a similar velvet T-shirt dress. 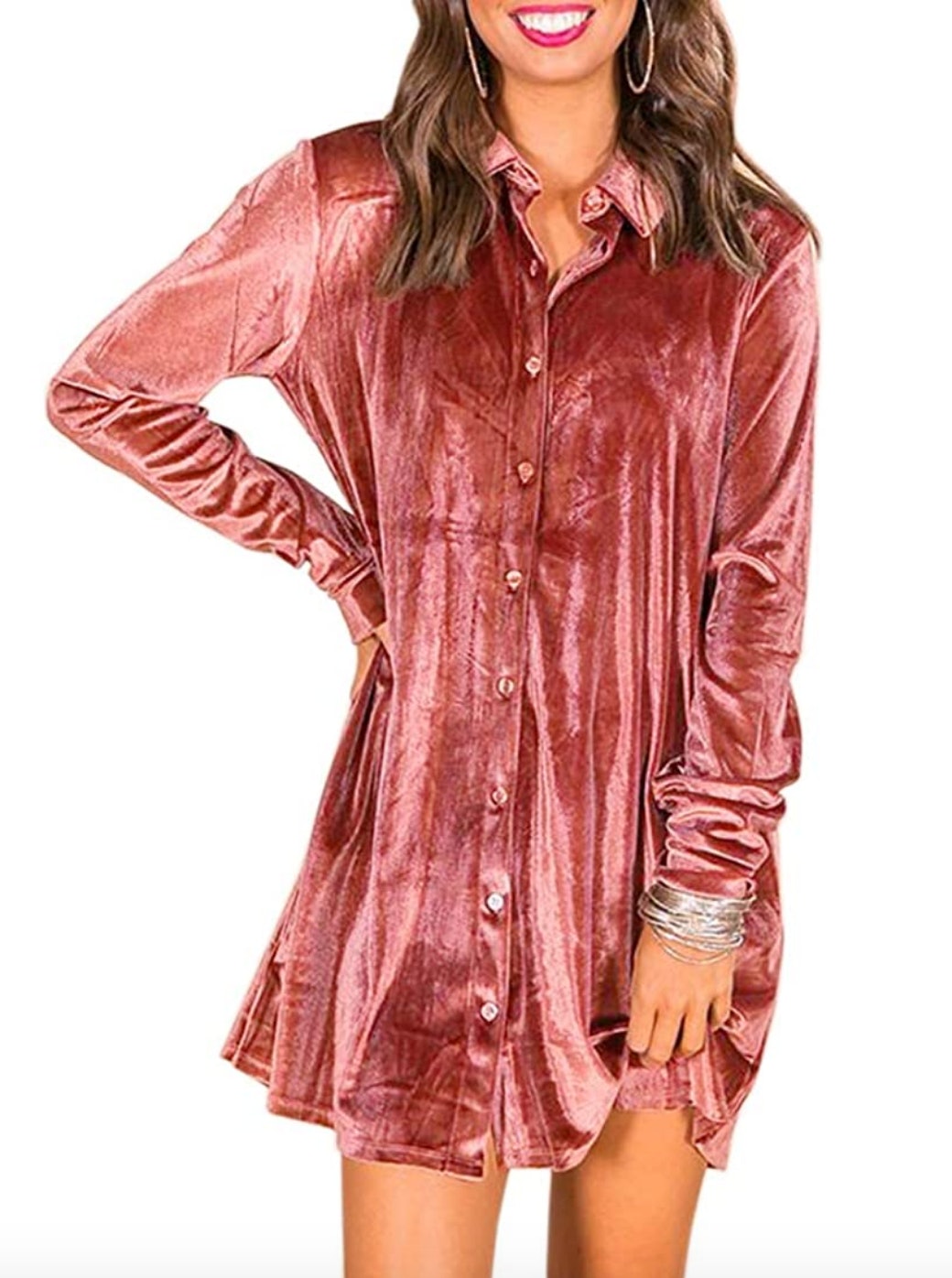 And to finish the costume off, don’t forget Alexis’ favorite accessory: her "A" necklace. 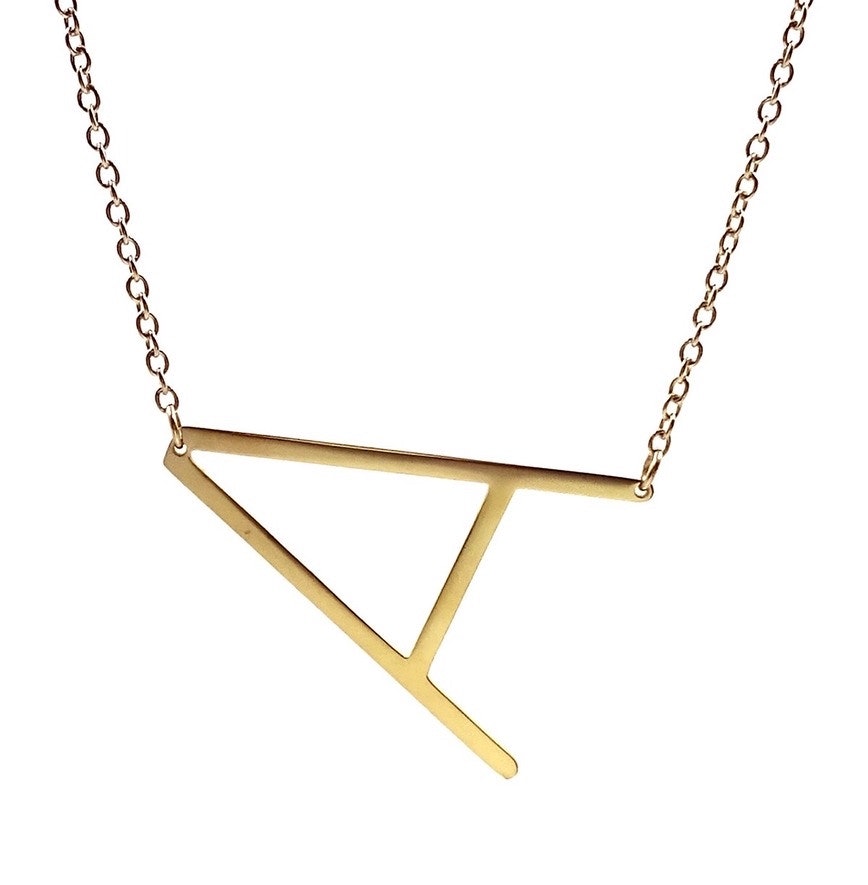 When you talk about the outfits on Schitt’s Creek, the character to immediately come to mind has to be Moira. The Rose family matriarch easily has the most ostentatious, over-the-top looks on the series… and maybe even on all of television. 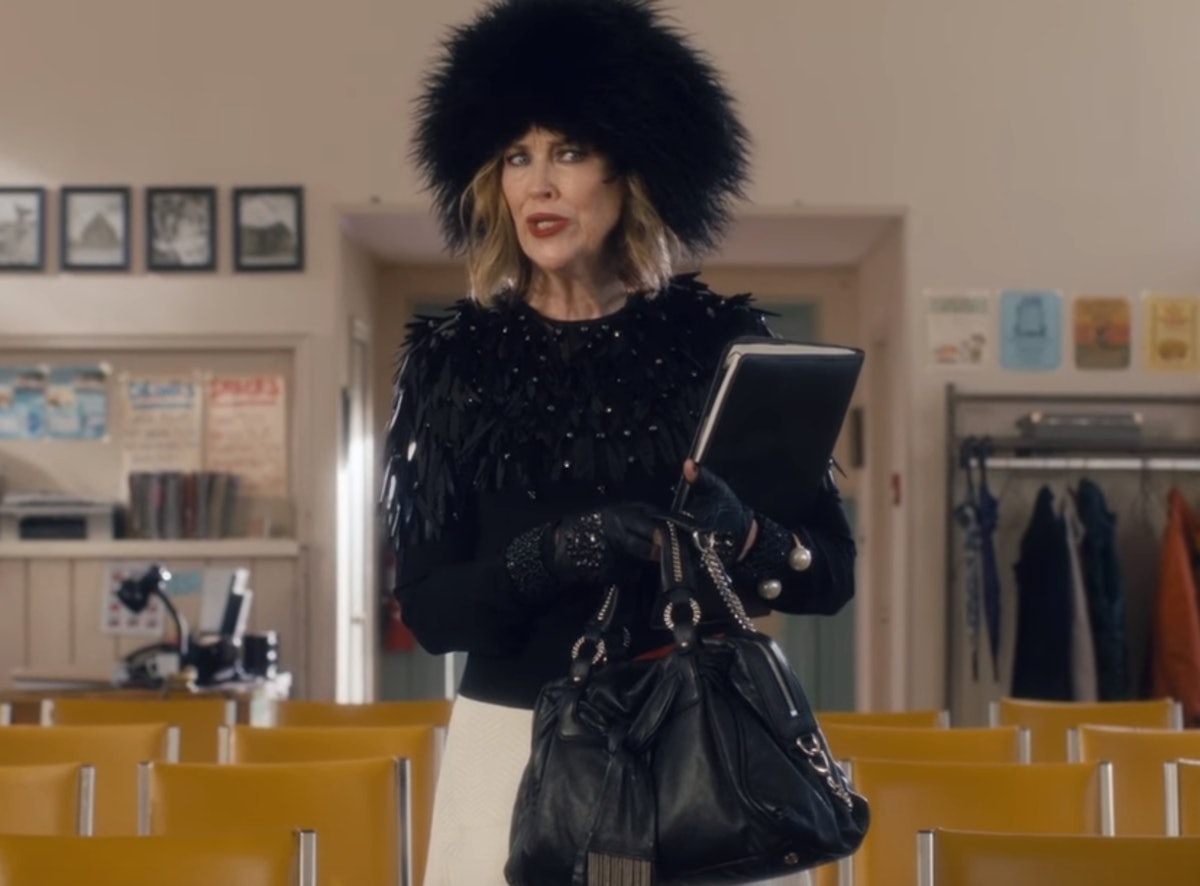 It won’t be easy to exactly replicate Moira’s couture looks, but you can come pretty close by seeking out some more affordable alternatives. Like David, Moira is all about black-and-white clothing, so this dramatic fringe sweater is totally something she would wear. 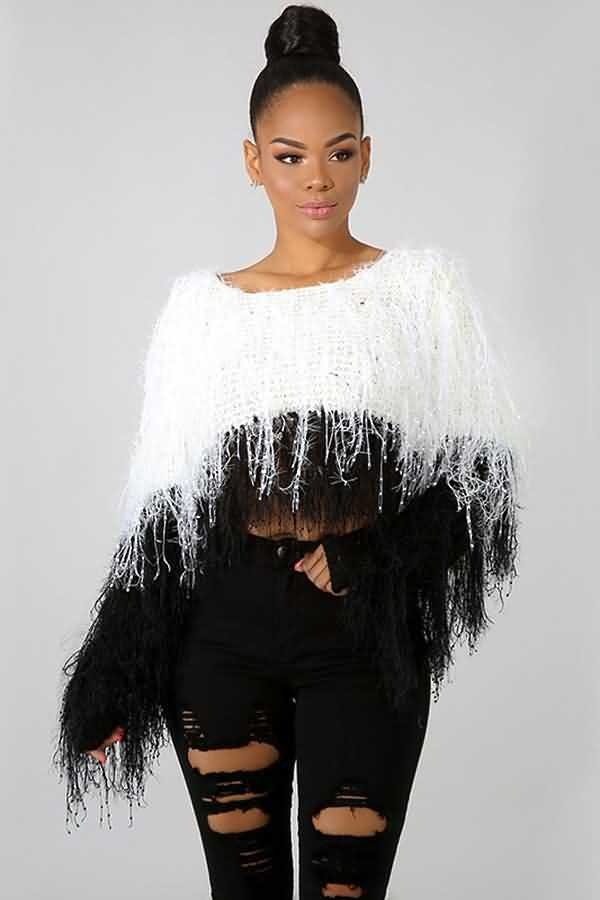 And of course, the key to nailing Moira’s look is to throw on all the most attention-grabbing accessories you can find, like a big, fluffy hat and some statement earrings. 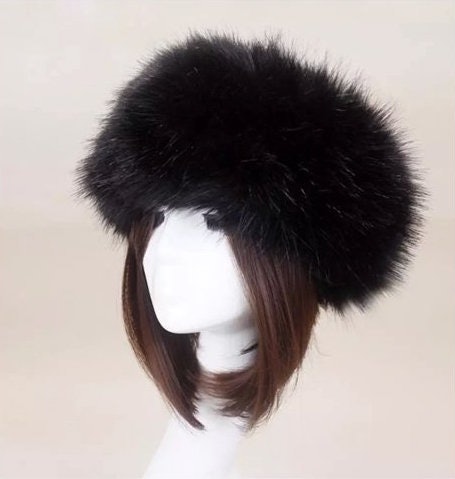 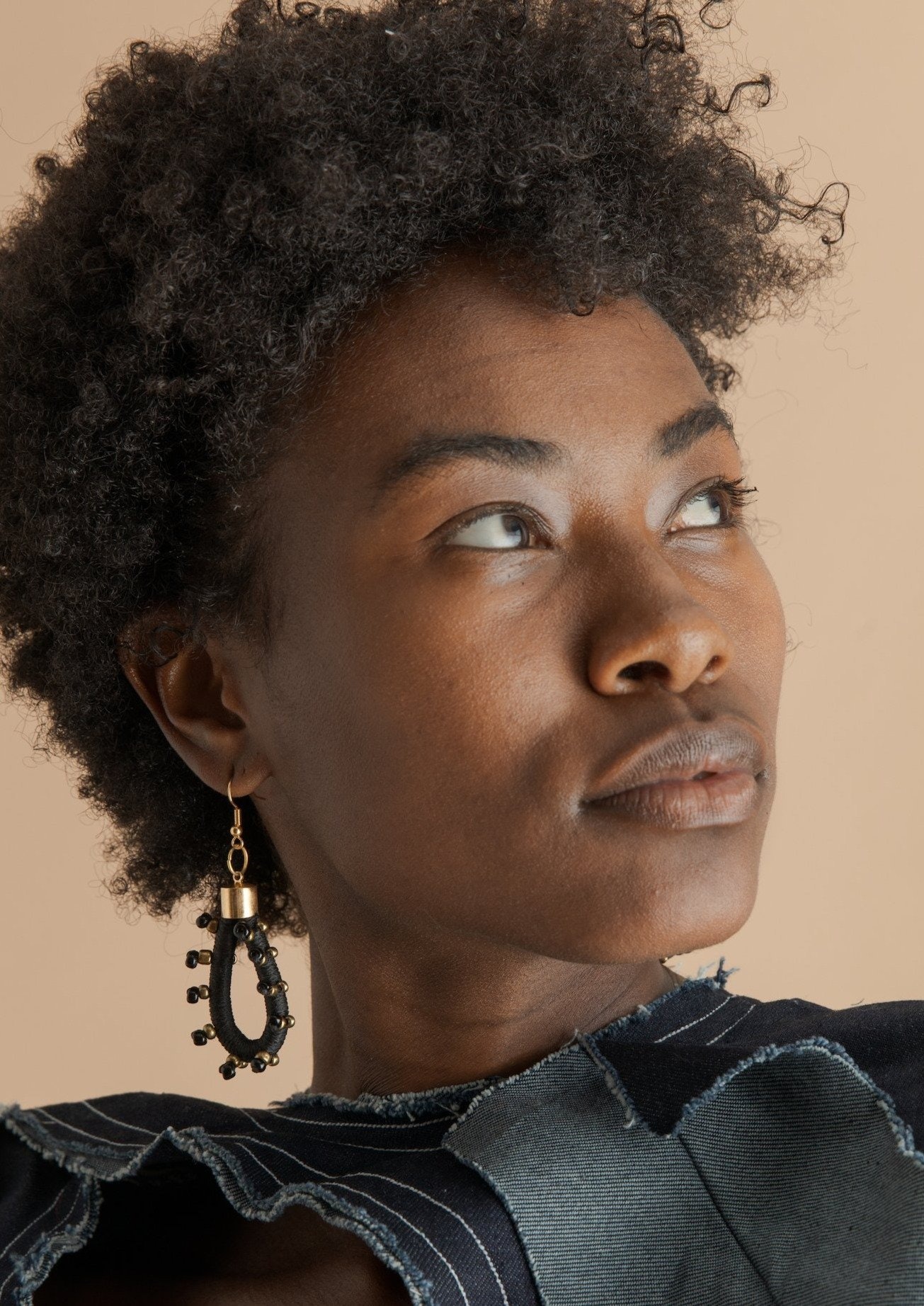 Of the Rose family, Johnny definitely has the least exciting sense of style. The businessman is rarely ever seen not wearing a suit throughout the entirety of Schitt’s Creek, so obviously you’re going to have to suit up to transform into Johnny for Halloween. 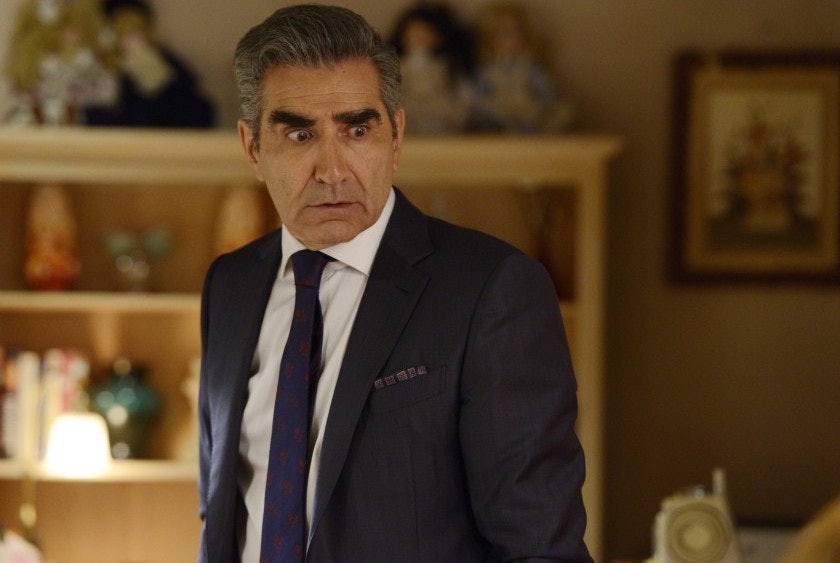 Thankfully, you don’t have to break the bank to copy his look. Alain Dupetit has some super affordable options that are perfect for a classy costume. 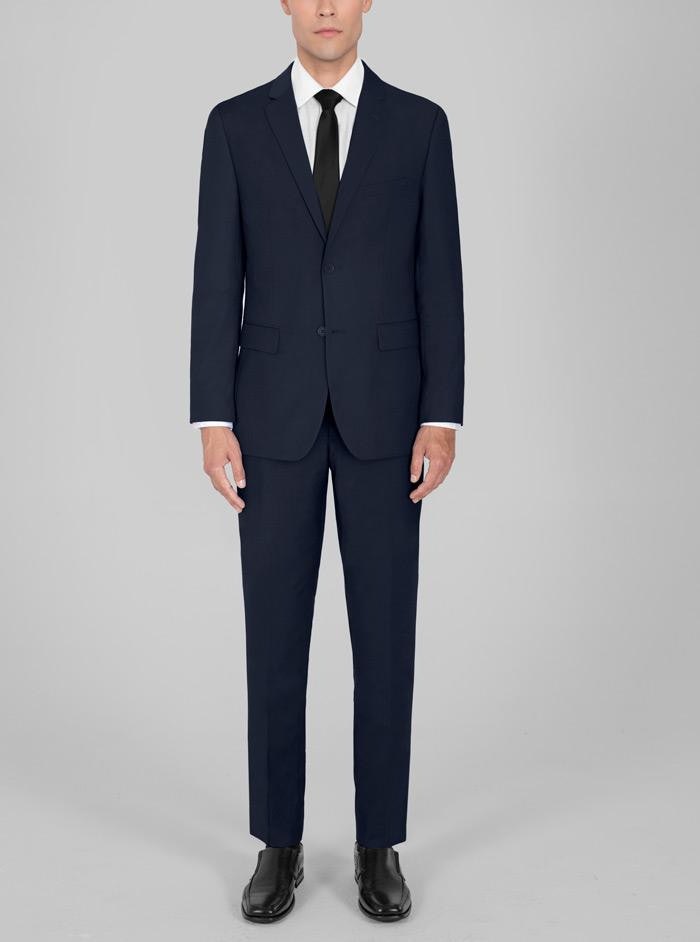 Of course, a Johnny Rose look just wouldn’t be complete without a pocket square. Although his suits aren’t very showy, Johnny often opts for loud, colorful pocket squares to add some pizazz to his outfits. Harrison Blake Apparel has a bunch of pocket square options to choose from. 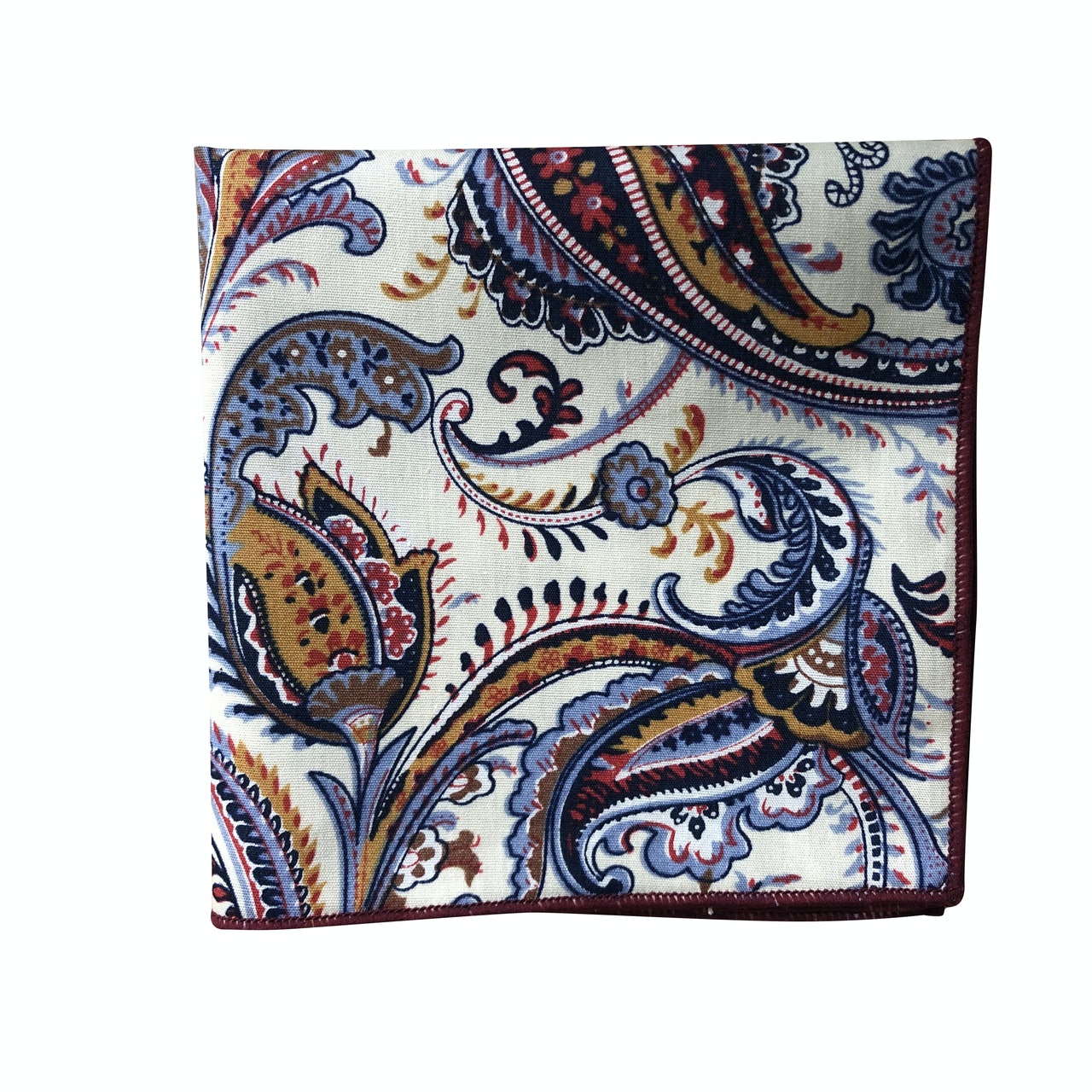 Stevie’s style isn’t as flashy as the Roses; she opts for comfort over couture. The sarcastic motel worker’s signature look is a cozy flannel shirt. 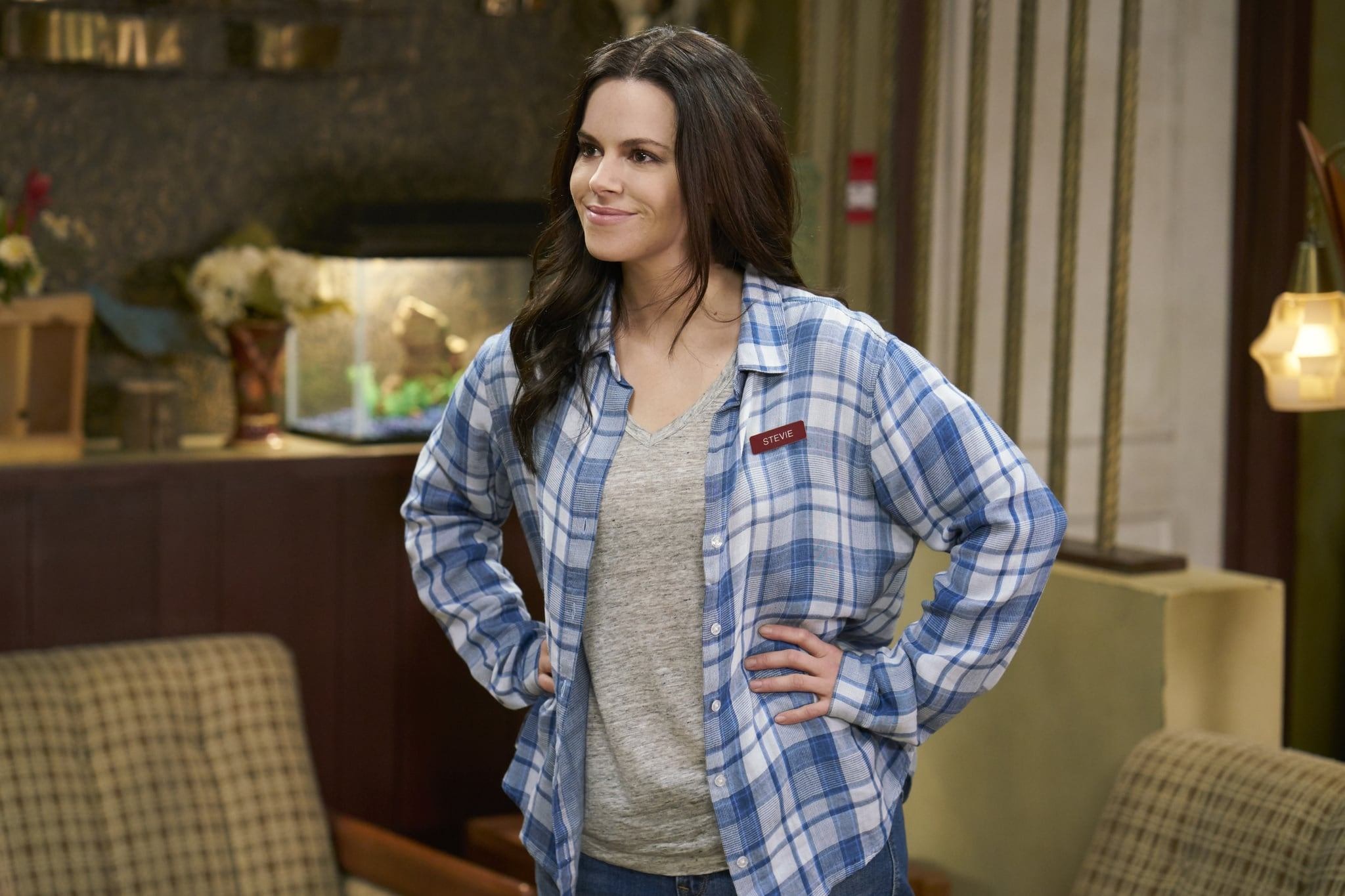 It’s not too difficult to steal Stevie’s style. Plus, you’ll probably have the most comfortable, laid-back costume of the night. To ensure people know you’re dressed as Stevie, be sure to affix a name tag reading "Stevie" to your plaid flannel, since Stevie wears her name tag in most of her scenes on Schitt’s Creek. 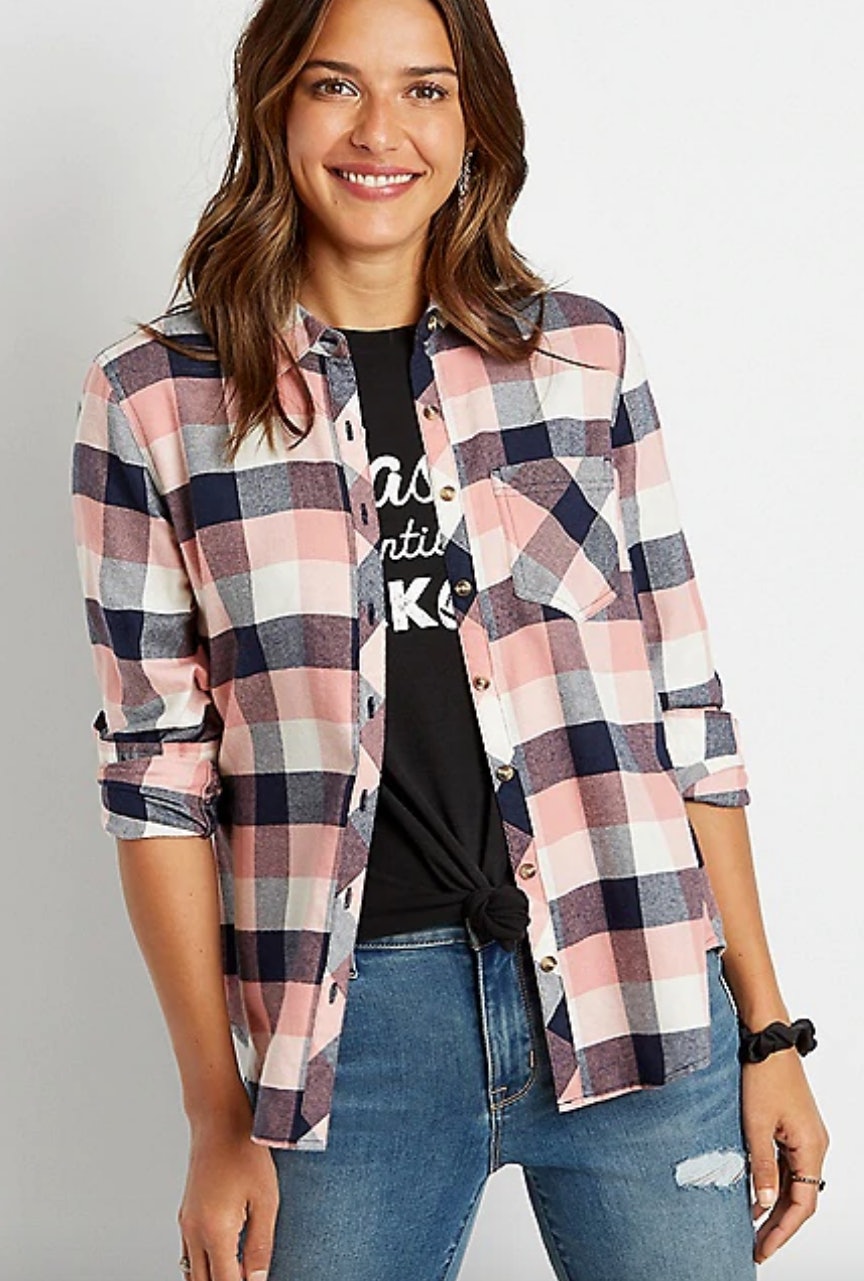 Like Stevie and the other residents of Schitt’s Creek, Ted is usually in some pretty basic, casual clothes when he’s not working. But when he’s clocked in as a veterinarian, you can find him in scrubs. 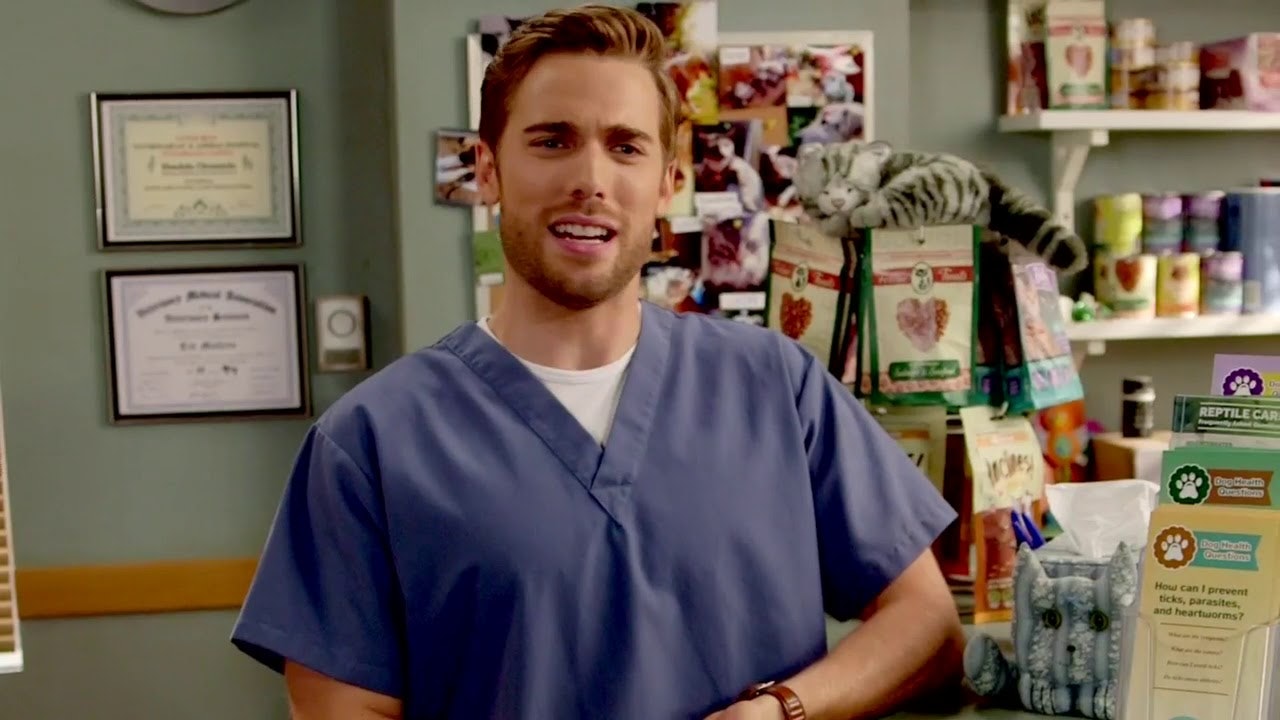 The best way to dress up as Ted for Halloween would be to lean into his job. You can find a scrub set for fairly cheap online. Then, consider carrying around some stuffed animals to really drive the vet angle home. 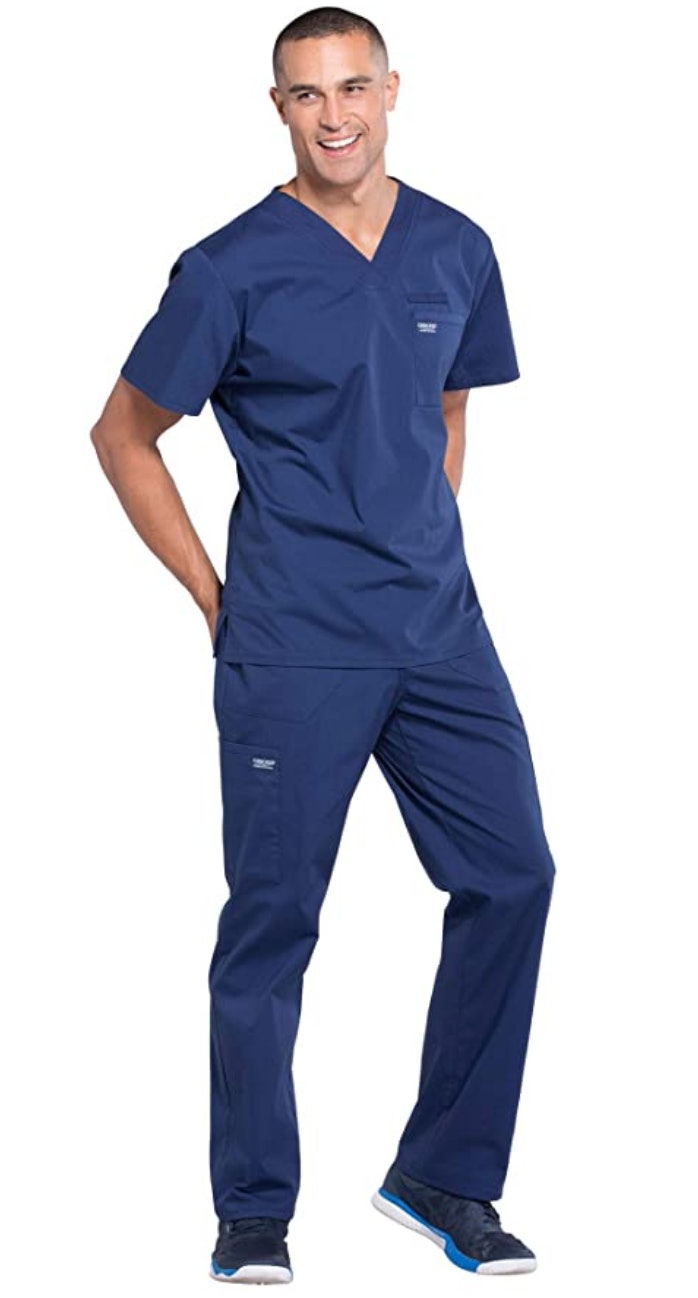 You can show you’re a true Schitt’s Creek superfan by dressing up as Moira’s The Crows Have Eyes III: The Crowening character Dr. Clara Mandrake. Honestly, the campy horror movie look is pretty much made for Halloween. 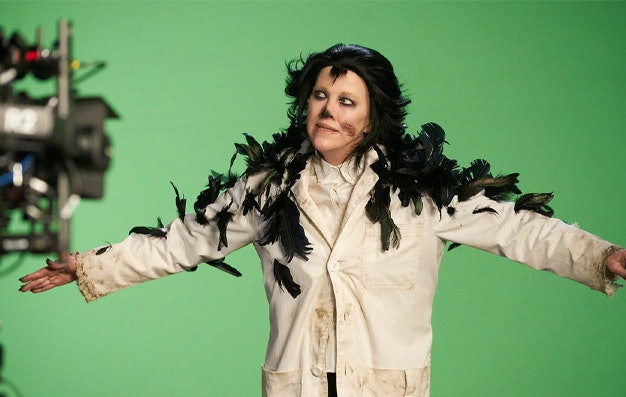 The look of the crow-possessed doctor is easy to recreate on the cheap with a little crafting. Just buy a lab coat costume, then glue a bunch of black feathers around the collar and sleeves. 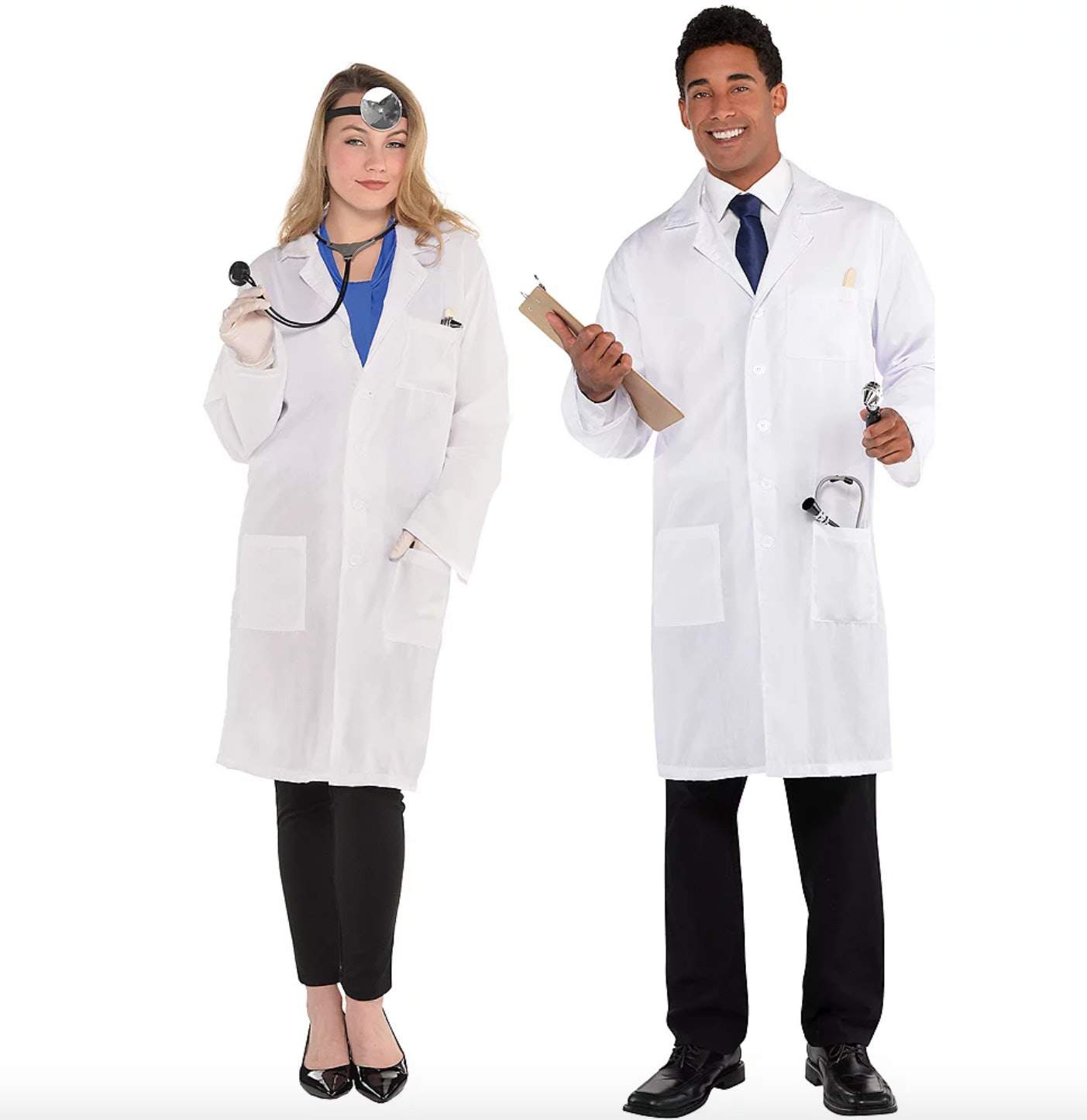 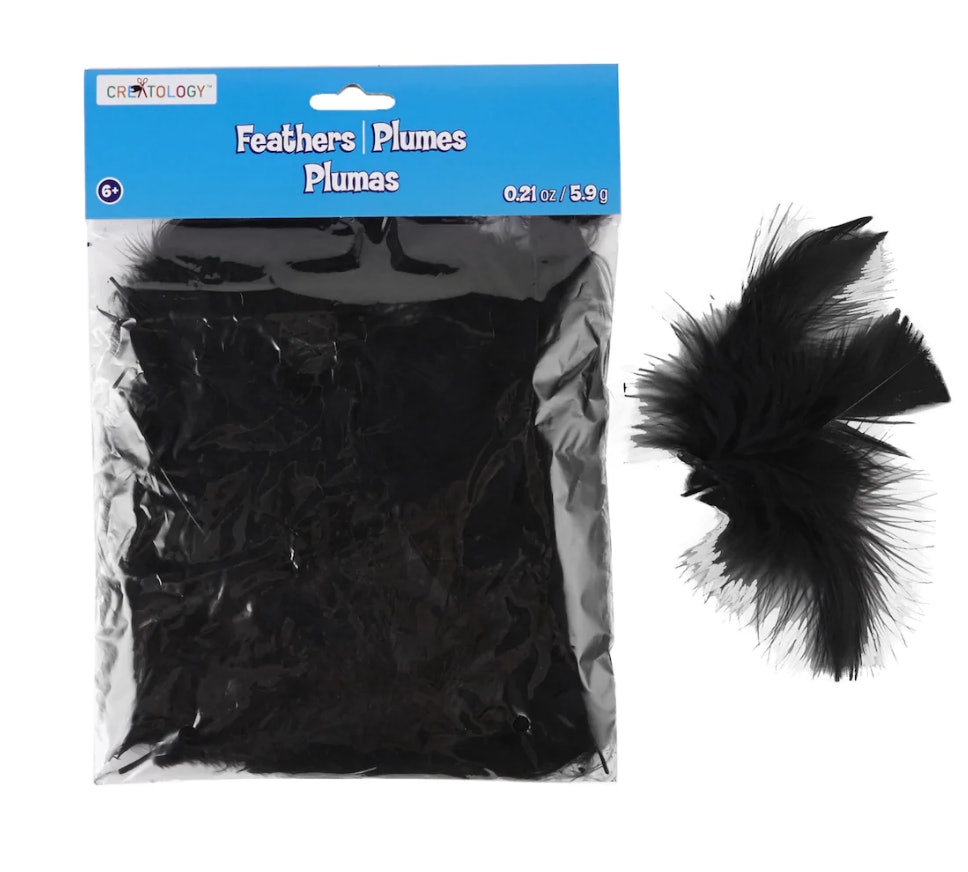 Finish the look with a short black wig. You might want to use some hair gel to better recreate Dr. Mandrake’s unique ‘do. 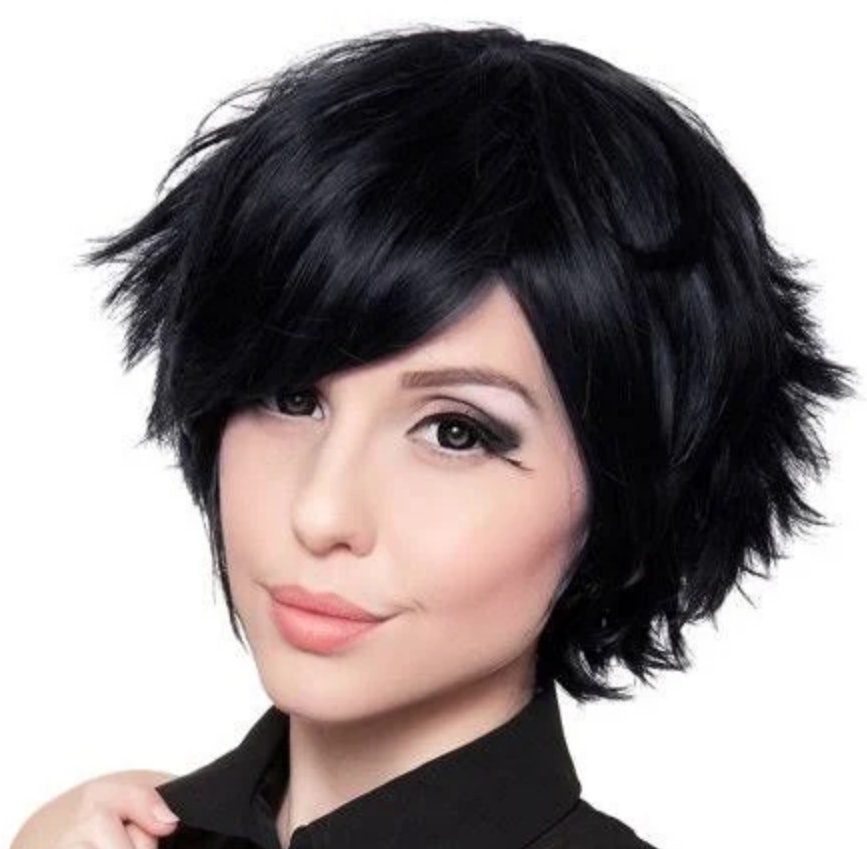 Whether you decide to go all-out as Moira or keep it casual as Stevie, Schitt’s Creek is full of beloved characters that are sure to be the hit of any virtual Halloween party you attend.