All About Lukas Gage, the Actor Who Called Out a Director for Dissing His 'Tiny Apartment' on Zoom

COVID-19 hospitalizations in New York are up 128% in three weeks, Cuomo says

Kawhi Leonard on Why He's Participating in #BuyBlack Friday: 'You Are Supporting Black Communities'

Alongside Kate McKinnon and Heidi Gardner, Adele, 32, was seen playing a divorcee and a member of the African Tourist Board who encourages women to fly to the continent, in a three-minute video. The sketch made a number of references to “the tribesmen” and what the country had to offer for newly-single women.

The sketch has since caused a stir on social media, with many branding the video “offensive”.

Saturday Night Live aired the clip on the show and also shared a snippet on their Instagram page, with the caption: “The following is a message from the Tourism Board of Africa.”

As part of their promotion in the video, Kate said she had flown to Africa after her divorce “for a new beginning”.

“And where better than the crystal waters and sandy beaches of Africa,” Adele added. 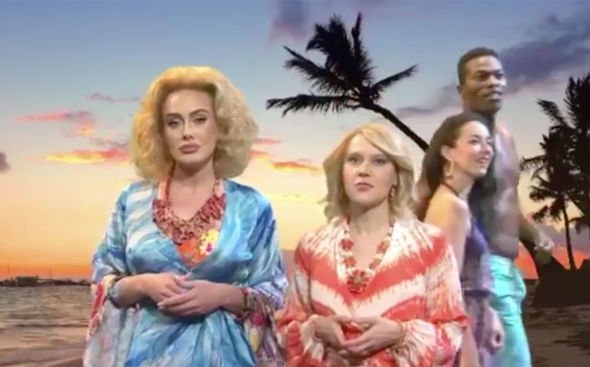 “The humpback whales and the tall tall tribesmen,” her co-star chipped in.

Adele added: “After my divorce, I took in the beautiful views and delicious cuisine of Africa.”

Kate continued: “So what are you waiting for? Set sail for Africa.”

“For all of Africa,” the singer cheekily added. 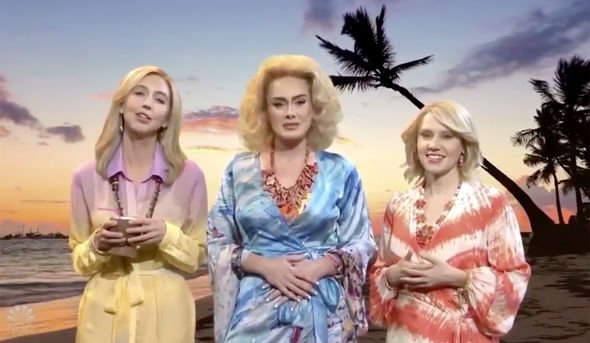 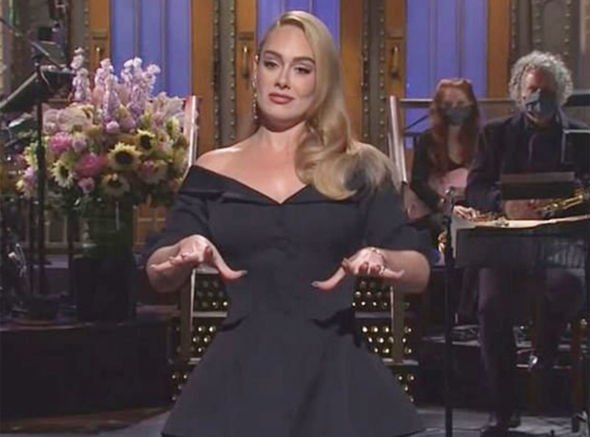 Heidi Gardner added she had also travelled to Africa after splitting from her husband.

“You can feel it in your stomach,” she added, which prompted the singer to laugh.

While the sketch played out, a number of black men were seen escorting white women across the beach in the background.

Adele was also seen struggling to stay in character as she burst into fits of laughter.

“This was NOT it. Downright offensive,” one user wrote.

A second wrote: “So disappointed, not funny.”

“The skit about using black men as human sex toys is highly offensive, and tone deaf given the year we’ve had globally,” a fourth added.

Others praised the sketch and Adele for humorously breaking out of character.

Another commented: “I laughed more about Adele cracking up than the actual sketch [crying with laughter emojis] thx Adele.”

A fifth wrote: “As an African man I ABSOLUTELY love this!!! Adele, Africa will love you no matter what.”

“She really broke character on this one and I was LIVING for it,” another penned.

Express.co.uk has contacted a representative for NBC and Adele for comment.

New York Governor Andrew Cuomo said Tuesday that COVID-19 hospitalizations in the state are up 128% in three weeks —...

Kawhi Leonard on Why He's Participating in #BuyBlack Friday: 'You Are Supporting Black Communities'