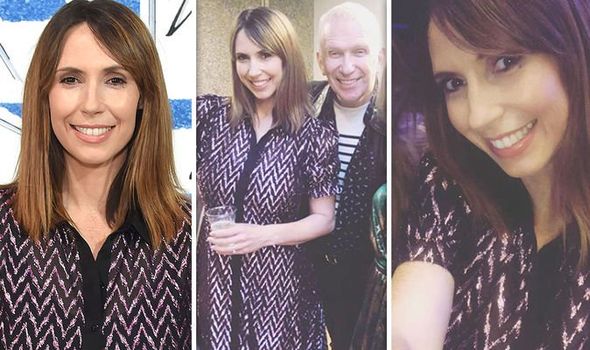 Alex Jones returned to the red carpet yesterday and turned heads for all the right reasons at Jean-Paul Gaultier’s Fashion Freak Show in London. The One Show presenter looked incredible just two months after giving birth to her second son, Kit. The 42-year-old and her husband Charlie Thomson are also parents to Teddy, two, but it was a female pal she was seen partying with. However, it wasn’t a late night for the star as she rushed home with “exploding boobs”, before updating her 180,000 Instagram followers.

Back home by 10.30pm due to impending exploding boobs and desperate for a cuddle

Alex was seen posing for photographers in a shimmery dress, while wearing her dark tresses down and straight.

She teamed her look with a delicate bracelet and black heeled sandals, while opting for smokey eye make-up.

The beauty uploaded a cheeky selfie as well as a snap with designer Jean Paul Gaultier, 67, outside the venue.

Alex captioned it: “First night out since having Kit last night and what a night it was!

“Thank you to the cast of @jpgfashionfreakshow for putting on such an incredible show and of course to the man who loves a stripe nearly as much as I do #jeanpaulgaultier.” 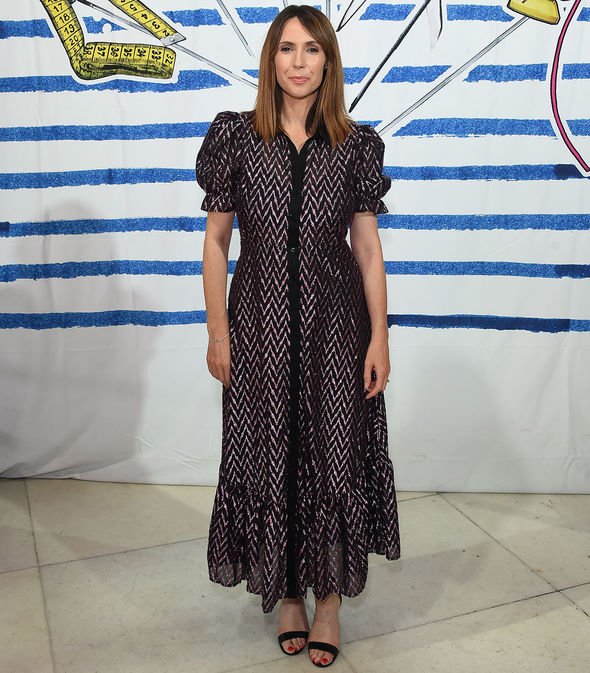 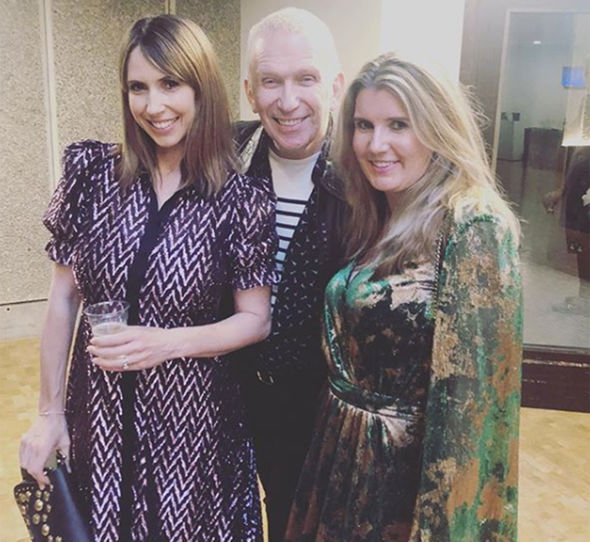 The BBC host continued: “He was really down to earth and chatted for ages about how he originally designed his trade mark cone corset for his teddy bear when he was just 9 year old!

“Back home by 10.30 due to impending exploding boobs and desperate for a cuddle but nice to have a few hours of glamour! #fashionfreakshow.”

Giving fans details on her outfit, she said: “This @zara number came to the rescue for my first night out on the town…”

She has been keeping people updated on her maternity leave via social media, after confirming Kit’s birth live on The One Show. 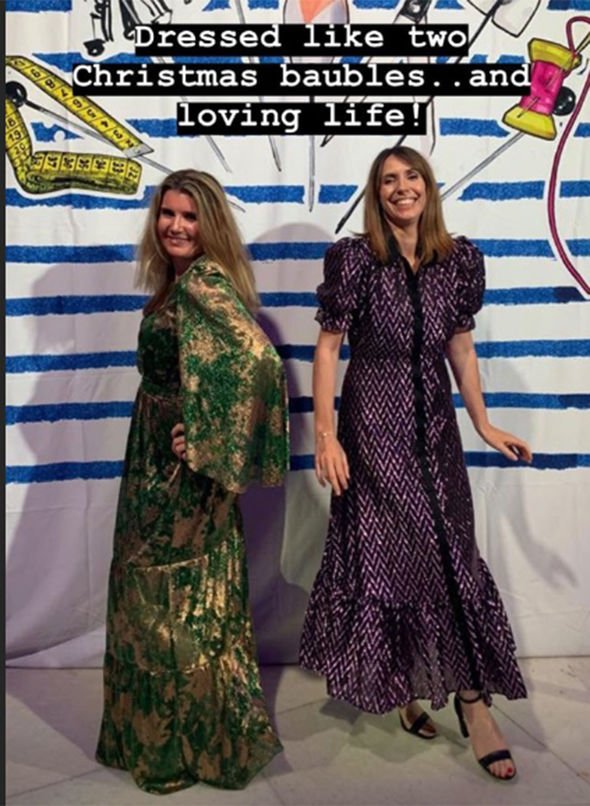 Calling in on May 20, Matt Baker and her stand-in, Angela Scanlon, were delighted to hear that she had given birth to a baby boy.

On the phone she said: “We are now a family of four,” before saying Teddy had been really gentle with the new addition to the family.

She said: “Teddy has taken to it like a duck to water, being a big brother. He thinks we are going to call him Thomas after Thomas the Tank Engine.”

Meanwhile, Alex Jones made her TV comeback yesterday alongside Steph McGovern in Shop Well, For Less?.

During the show, the pair met John and Caroline, parents of eight children, to help them swap their expensive products for cheaper ones. 13 Nov 20
Well, if you follow our ongoing series of reports about Florida Man and his feminine counterpart…
Celebrities
0