Now lives: In a three-story brownstone in the Crown Heights neighborhood of Brooklyn that she shares with five roommates.

Claim to fame: Ms. Sablone is a goofy-footed competitive skateboarder who has won seven X-Games medals and clinched a spot on the first USA Skateboarding National Team (skateboarding debuts as an Olympic sport at the 2020 summer Games in Tokyo). But riding a halfpipe is only half her story. She is also an illustrator and sculptor with a master’s degree in architecture from the Massachusetts Institute of Technology. She graduated in 2016 and supplemented her scholarship with skate tournament winnings.

Big break: She picked up her first skateboard at 10, mostly out of boredom, and taught herself. “There weren’t any skaters in my town, so I grew up skating by myself,” Ms. Sablone said. She entered her first professional contest at 12 and gained notoriety by appearing in the influential skate video “P.J. Ladd’s Wonderful, Horrible, Life” in 2002. “Skateboarding was completely different back then,” she said. 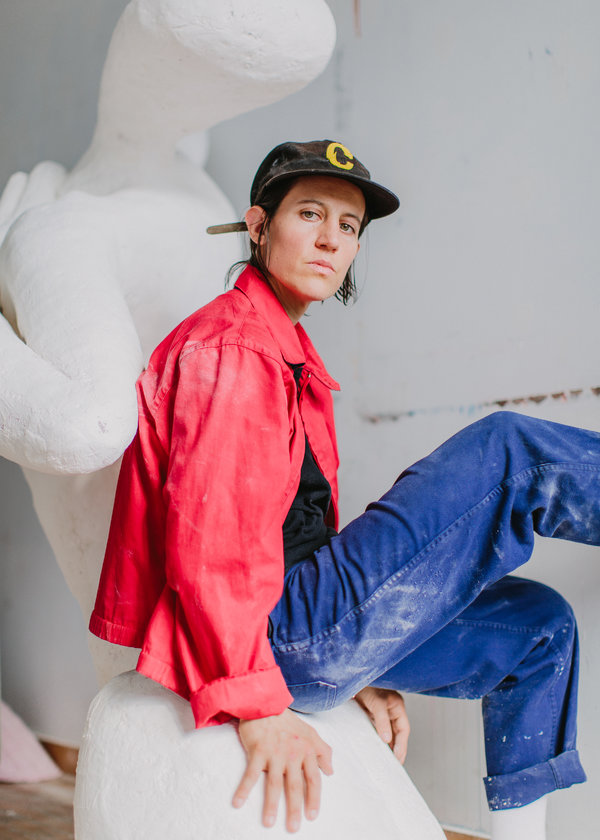 Latest project: After signing with Cons, the skate division of Converse, in January, Ms. Sablone designed a pair of One Star Pro sneakers with gold foil lettering and extra rubber. “The One Star is a classic that has been around since the ’70s,” she said. “It’s always been my favorite shoe to skate.”

Next thing: Sometimes her two worlds collide. Last year, she unveiled a “skateable” public sculpture in Malmo, Sweden, called “Lady in the Square.” She also plans to design skateable sculptures in West Palm Beach, Fla., and Stockholm. “I’ve never wanted a conventional job, and skateboarding has given me the freedom to work on all sorts of creative projects all over the world,” she said.

Night rider: Contrary to popular belief, skateboarding and scholastics can go hand in hand. While working on her thesis at M.I.T. (on designs for an international nuclear waste repository), Ms. Sablone took study breaks by skating the subterranean network of tunnels on campus. “Nobody sleeps in architecture, so I would skate at 3 or 4 in the morning just to stay awake,” she said.

1 Jun 20
Millions are outraged over the death of George Floyd, an African American man who was…
Celebrities
0