Kate Hudson and her longtime love, Danny Fujikawa, recently announced their engagement. The couple began dating in 2016 and often celebrates their romance on the actor’s Instagram page.

Hudson’s upcoming nuptials won’t be the first time the Something Borrowed star has walked down a wedding aisle. The actor, 42, has changed partners several times, and they all share a similar characteristic trait.

Kate Hudson’s proved she has a type before her fiancé

As the daughter of Goldie Hawn, Hudson spent most of her life in the public eye. However, her fame increased when she booked a starring role in Almost Famous, premiered in 2000. Once the film took off, Hudson started working on multiple films throughout the aughts.

In between her movie roles, the actor became known for her personal relationships. Throughout Hudson’s fame, she’s been romantically involved with Nick Jonas and other celebrities. The romances came after her divorce from Black Crowes singer Chris Robinson in 2007. Hudson was also engaged to Muse frontman Matt Bellamy until 2015.

The actor’s dating history and recent engagement to Chief band member Fujukawa prove she likes spending time with musicians. In a March 2021 interview with InStyle, the daughter of musician Bill Hudson admitted she feels an energetic pull to artists.

“I’m attracted to musical people, period,” Hudson said. “From the outside, yeah, I get it. ‘Oh, I like a rock star,’ or whatever. But that’s not really what it is. The reason I connect so deeply with musicians … is because we all connect to music in a way that you don’t have to explain. You just feel it, and it’s something you love. The lifestyle is not something to fall in love with.”

How did Kate Hudson meet her fiancé Danny Fujikawa?

After her split from Bellamy, Hudson remained single for a while. She soon realized that she didn’t have to look far when she decided to find love again. The Bride Wars actor began dating Fujikawa in 2016. 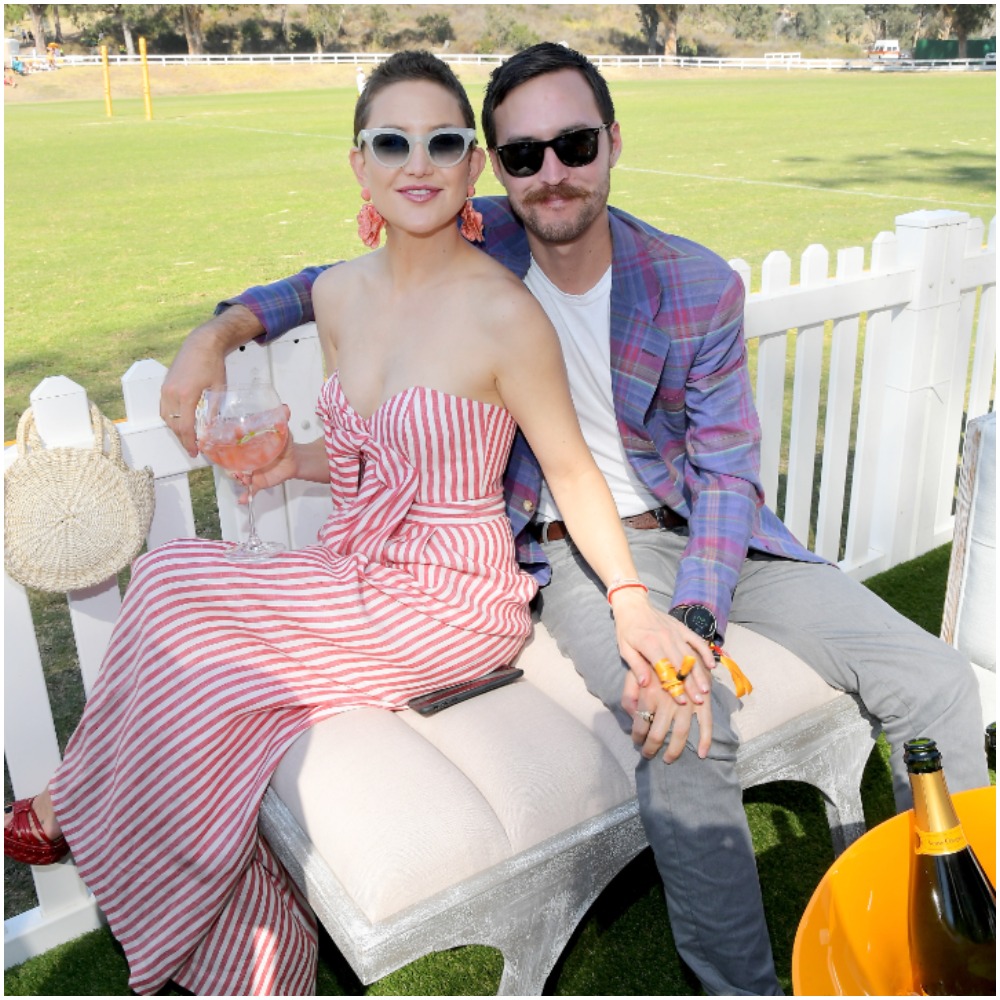 Although they started dating shortly after, the couple were close friends for 15 years before becoming lovers. Hudson shared on Instagram in 2017 that Fujikawa knew each other during her marriage to Robinson.

“The first time I met Danny, I was 23 and enormously pregnant with Ryder,” she wrote in a lengthy caption. “His step sisters are my best friends @sarafoster @erinfoster, and so it goes we have been in the same circle for over a decade! A year ago today Danny took me on a hike and what I thought was just a hike with a family friend turned very quickly into an unexpected first date.”

How many children does Hudson have?

In Oct. 2018, Fujikawa and Hudson’s romance resulted in them expanding their family. That year, the couple welcomed their first child together, Rani Rose Hudson Fujikawa. Hudson’s daughter is the youngest of her three children. The How to Lose A Guy in 10 Days star has Ryder Robinson, 17, with her ex-husband. Additionally, Hudson and Bellamy share a son, Bingham, 10.

Congrats to the happy couple!