All that glitters is gold when you’re Beyoncé. The icon wore a bold, white suit that was draped in 24-karats for a romantic date with hubby, Jay-Z.

The notoriously private Beyoncé blessed fans with a wealth of images on Friday (Apr. 16), posting three Instagram galleries full of photos taken of her in a dramatic and glamorous white suit. Beyonce, 39, wore a white blazer and matching trousers from Area’s Spring/Summer 2020 Ready to Wear collection (per Harper’s Bazaar). That wasn’t all, as she was dripping in gold chains, many of which bore her name in cursive script. Beyonce rocked this suit with no shit underneath, which only amped up the outfit’s sex appeal.

Beyonce also accessorized the outfit with textured hoop earrings, a pair of retro sunglasses, white heels, and hair down, allowing her waves to flow free. She didn’t caption and of the three galleries that she shared, but 1) she’s Beyonce and 2) if a picture’s worth a thousand words, she said plenty. A couple of photos featured Jay Z – including one of them headed towards a casino. Though Jay, 51, seemingly dressed down for the occasion, it’s likely that the track pants and long-sleeve sweater the hip-hop icon/business tycoon was wearing were worth hundreds if not thousands of dollars.

It’s unclear where or when the photos were taken, but presumably, they were taken during her and Jay-Z’s wedding anniversary. The couple recently celebrated thirteen years of marriage on Apr. 4, and they commemorated the occasion with a trip to Las Vegas. Beyonce gave fans a glimpse of her anniversary look on Apr. 10, posting her black-and-red outfit to Instagram. The tweed top with matching short-shorts was a throwback to the 1980s. She accessorized the look with a chunky, silver choker and red velvet heels with bows around the ankles.

A day after Beyonce showed off her anniversary outfit, the Beyhive got the news that Keri Hilson’s longstanding feud with the “Formation” singer had come to an end. “It was a gracious moment,” Keri said during an interview with radio host Persia Nicole. “I appreciated it. I feel like she understood what happened, what had transpired, and there was a bit of healing at that moment when we met. I take her as a very intuitive kind of soul, as am I.” 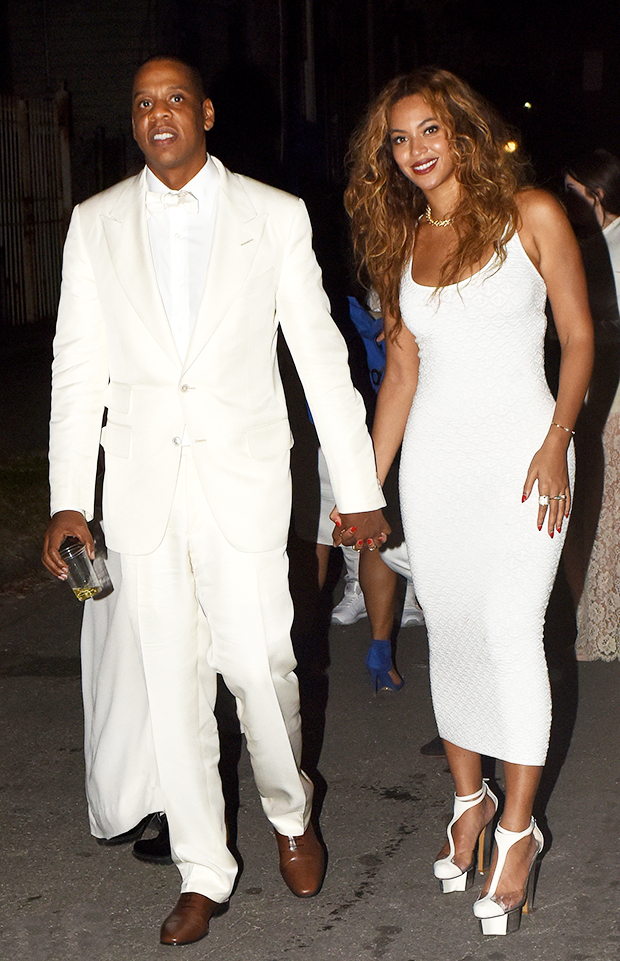 The feud began in 2009 when Keri, on “Turnin’ Me On,” sang, “Your vision cloudy if you think that you da best, You can dance, she can sing, but need to move it to the left,” a line apparently about Beyonce. A few years later, while attending the 2011 South Train awards, Juicy Magazine asked Keri to give them a shout-out while holding the latest issue. When Keri realized Bey and Jay were on the cover, she declined. California Governor Gavin Newsom on Tuesday unveiled a $12 billion plan to tackle the state's homeless crisis, an integral part of...