Man, I was really rooting for Miley Cyrus and Liam Hemsworth. I totally shipped them after seeing The Last Song in 2010, so as you could imagine, I was thrilled to find out that that their romance also translated off screen. Then they broke up in 2013, got back together in 2016, and eventually tied the knot in 2018. Wow, it’s definitely been a roller coaster throughout the years, and sadly, I’m here to report that Miley Cyrus and Liam Hemsworth have split again. But this time, it seems to be for real. *Sobs.* Cyrus and Hemsworth haven’t said much about the split publicly, but have shared a few social media posts here and there referencing it. Now, Miley Cyrus’ sister Brandi Cyrus has seemed to join the conversation. If you ask me, Brandi Cyrus’ Instagram about "darkness" having "purpose" is totally about Miley Cyrus and Liam Hemsworth’s split.

News of the couple’s separation first came on Saturday, Aug. 10. According to People, a representative for Cyrus said, "Liam and Miley have agreed to separate at this time. Ever-evolving, changing as partners and individuals, they have decided this is what’s best while they both focus on themselves and careers. They still remain dedicated parents to all of their animals they share while lovingly taking this time apart. Please respect their process and privacy." 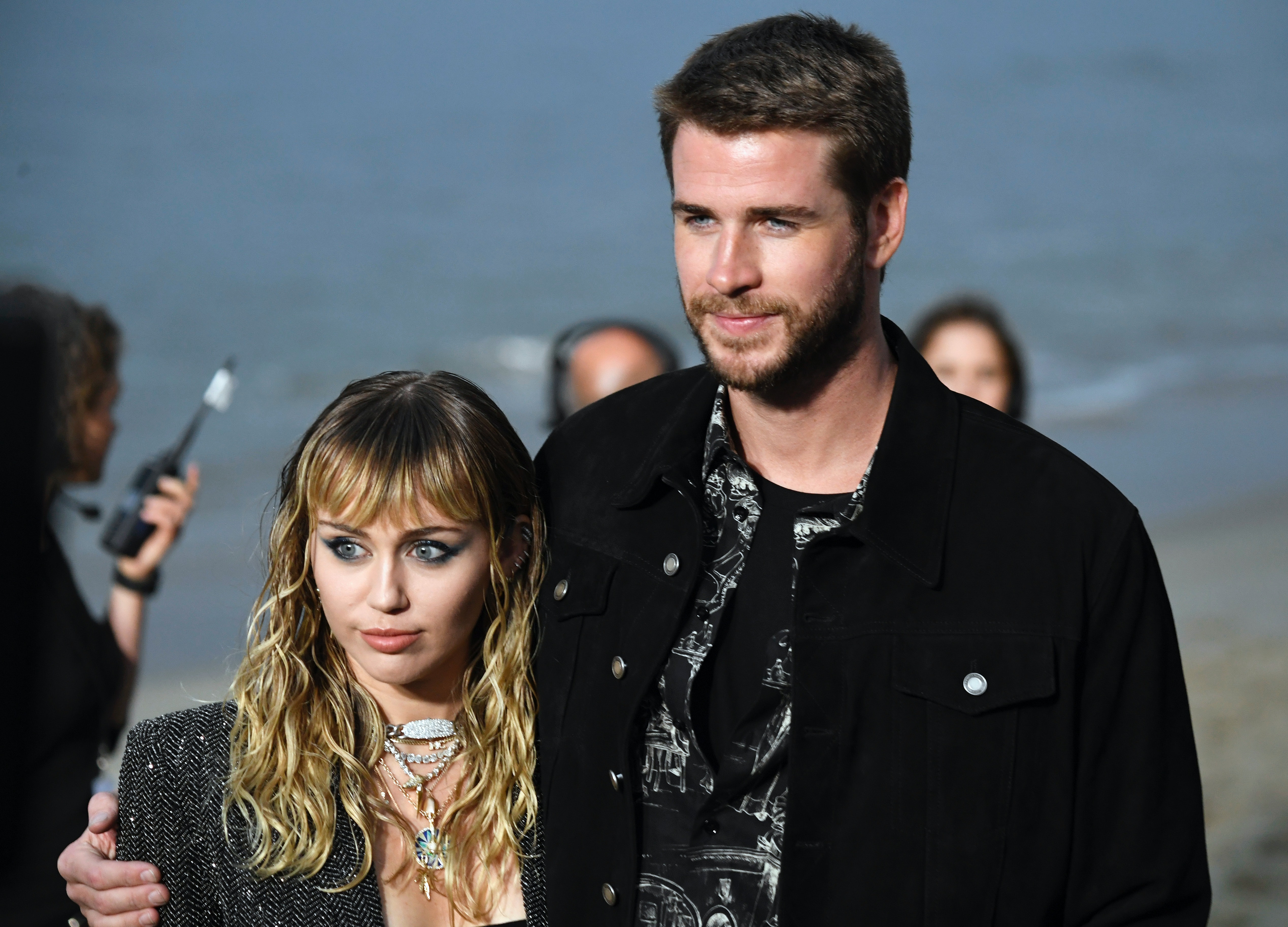 Fans of the pair were devastated, especially since Cyrus and Hemsworth just got married in December 2018 after nearly a decade of having an on-and-off romance.

The day after the news broke about their separation, Cyrus shared a post on Instagram seemingly alluding to her split with Hemsworth. She wrote that "change is inevitable" and that she has found peace and hope knowing that "nature never hurries but it is always on time."

Don’t fight evolution, because you will never win. Like the mountain I am standing on top of , which was once under water , connected with Africa , change is inevitable. The Dolomites were not created over night, it was over millions of years that this magnificent beauty was formed. My dad always told me “ Nature never hurries but it is always on time”…. it fills my heart with peace and hope KNOWING that is true. I was taught to respect the planet and its process and I am committed to doing the same with my own …. 💙

I’ve learned that life sometimes takes us through seasons when we cannot understand why things have to hurt so much, or be so hard, but all we can do is trust that there is purpose in everything, even the darkness… and in time everything will make sense, and all of that purpose will be revealed when the time is right, and we will be stronger and better for it ✨

Hmmm, now is it just me or does that sound really similar to Cyrus’ message? It could be that Brandi Cyrus was talking about something going on in her own life, but considering the fact that her sister is going through a very public breakup with her husband, it’s most likely that it’s about that.

Y’all, this is just too damn sad. To make things worse, I just found out that Miley Cyrus was the one who reportedly broke things off. According to US Weekly, an insider reported that "Miley was the one who ended things with Liam" and that the couple hasn’t "been together for months." Um, excuse me? Months? Cyrus and Hemsworth have only been married since December, so that is definitely not good.

As a fan of both of them, I hope Cyrus and Hemsworth will be able to find love again someday, whether that be with each other or someone else. *Cries.*