Phoebe Dynevor, best known for her starring role on Bridgerton, might be dating Jaden Smith. They were spotted together amidst reports that Dynevor’s ex, Pete Davidson, is moving on with reality superstar Kim Kardashian West.

‘Bridgerton’ star Phoebe Dynevor was seen out with Jaden Smith

According to Page Six, the Bridgerton star was seen hanging out with Jaden Smith, the son of Will Smith and Jada Pinkett-Smith.

On Friday, Nov. 19, Dynevor and Smith were photographed leaving a Louis Vuitton party at Nobu together. They were both wearing outfits from Nicolas Ghesquière’s collection.

Their relationship status is unclear, but it looked like Dynevor and Smith could be a romantic couple based on the photos circulating the internet. 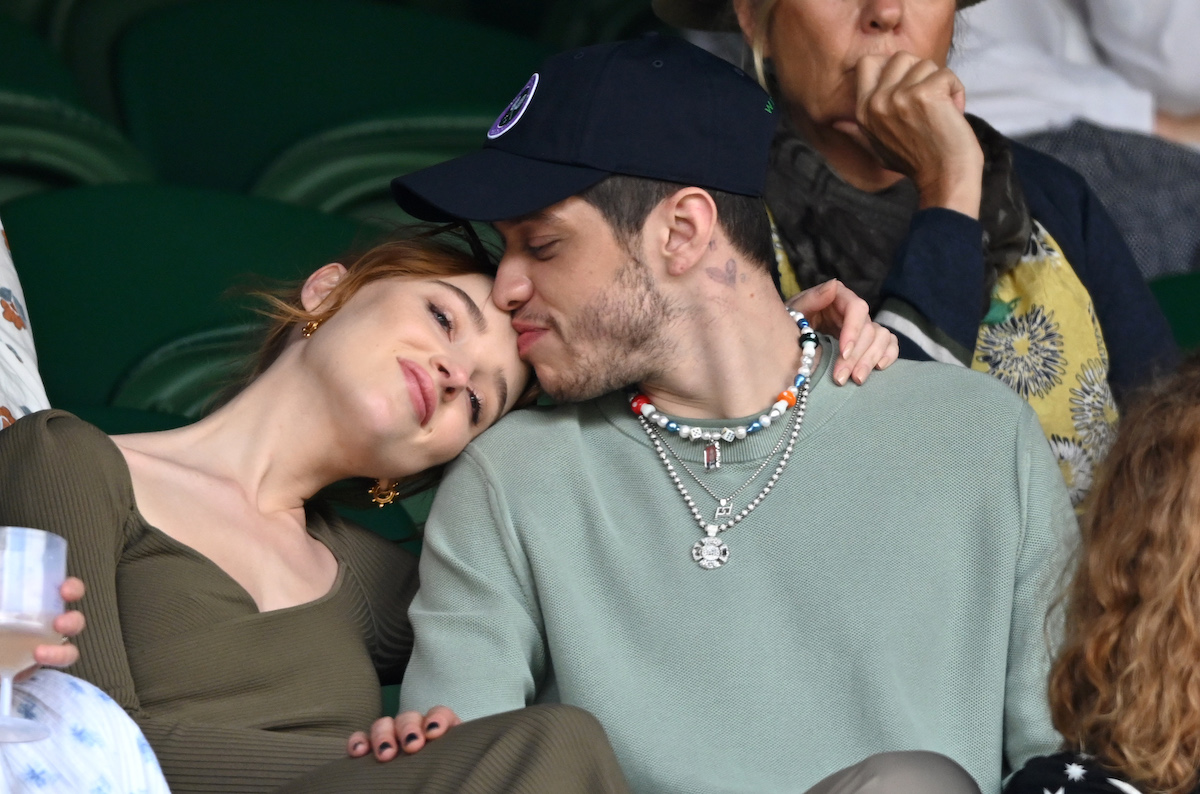 Before Jaden Smith, Phoebe Dynevor was romantically linked to Saturday Night Live star Pete Davidson. Davidson is known both for his career as a comic actor and for his plethora of relationships with very famous women.

After breaking up with model Kaia Gerber (the daughter of supermodel Cindy Crawford), Davidson started seeing Dynevor around March 2021.

In an April 2021 Zoom Q&A with Marquette University students, the comedian was asked to name his celebrity crush.

“I’m with my celebrity crush,” Davidson answered while grinning mischievously, according to People. In July 2021, Davidson and Dynevor were spotted kissing and cuddling at the Wimbledon Championships in London, England.

The relationship lasted about five months, and fans speculated that their breakup was due to the long distance between them. Davidson lives and primarily works in New York, while Dynevor lives and works in England.

Jaden Smith was once rumored to be dating Kylie Jenner back when they were both young teens. Fans speculate that Smith was Jenner’s first love.

Pete Davidson has moved on with Kim Kardashian West

While Dynevor might be dating Smith, her ex Davidson has moved on with another celebrity – Kim Kardashian West.

Kardashian West, who filed for divorce from husband Kanye West in February, hosted Saturday Night Live on Oct. 9. Fans started speculating about a potential romance between her and Davidson when they shared a kiss on camera during a skit.

The rumors heated up when Kardashian West and Davidson were spotted holding hands and snuggling up on roller coasters at Knott’s Berry Farm in Orange County, California over Halloween weekend. A few days after their Halloween date in California, the couple took their romance to Davidson’s hometown, Staten Island.