Hollywood is still obsessing over why Regé-Jean Page — the breakout star of Netflix’s most-watched series ever, “Bridgerton” — walked away after just one season.

The Hollywood Reporter wrote on Tuesday in just the latest postmortem on his exit that the actor had signed a one-year deal, but was then “offered an opportunity to return as a guest star in three to five episodes of season two — at a rate of $50,000 an episode — but declined.”

Page had already said that he was drawn to his role because it only had a “one-season arc.” He told Variety: “I get to come in, I get to contribute my bit and then the ‘Bridgerton’ family rolls on.”

THR further reported on Tuesday that, “Sources say nearly everyone close to the show knew Page only had a one-year deal,” and that Page has been “laser-focused on his burgeoning film career.” 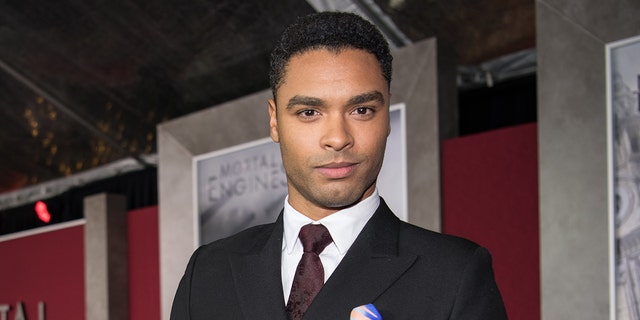 Despite being the show’s breakout star, Regé-Jean Page will not return for season two of Netflix’s ‘Bridgerton.’ (Photo by Morgan Lieberman/Getty Images)

His agents have apparently been “flooded with film offers,” and there is even fan fervor for him to take over the role of James Bond. He is already filming a role in an upcoming “Dungeons and Dragons” feature and has shot a part in a big-budget Netflix movie by “Avengers: Endgame” gurus the Russo Brothers.

Perhaps adding to the obsession over Page’s exit from the Shonda Rhimes show is the industry’s history of once-burgeoning stars who left TV hits for greener pastures, with varying degrees of success — from David Caruso’s infamous “NYPD Blue” exit to Dan Stevens’ departure from “Downton Abbey.”

Season 2 of “Bridgerton” is filming, and still stars another breakout, Phoebe Dynevor, who has also made headlines for quietly dating “SNL” star Pete Davidson.

Of all the characters Kate Winslet has played, Mare of Easttown – a troubled, traumatised, touchy detective in a grimy... The Most Overrated Designer Brand, According To 33% Of People