Conor McGregor is helping a fellow Irishman and MMA fighter … by donating $11k to a man who needs money for stem cell treatment after being paralyzed from a horrific injury during training.

The terrible incident happened in July … when the 1-1 welterweight Ian Coughlan had a freak accident while training for an upcoming fight.

The 29-year-old fighter spent months in Ireland hospitals and rehabilitation in an effort to get back on his feet … but was told by doctors he may never walk again. 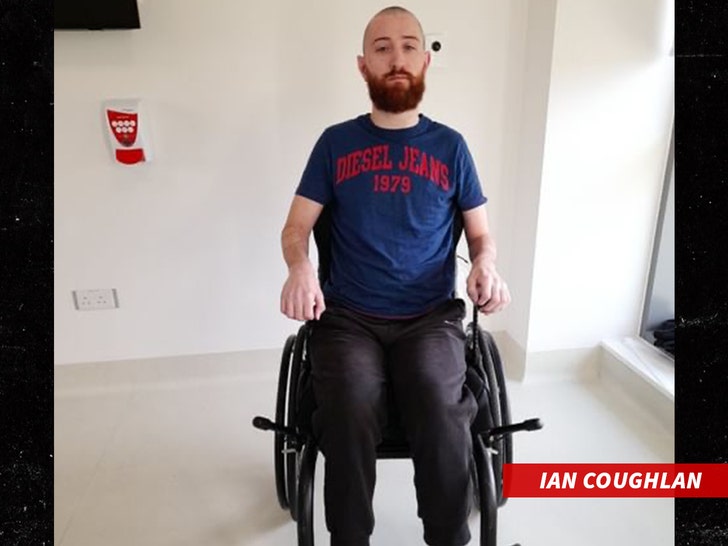 However, another hospital in Germany — which specializes in spinal cord injuries — says they can help him out with their Stem Cell and HAL treatment … but Coughlan needs $73,000 euros ($82,779 in USD) to cover it.

McGregor wasted no time stepping up to help — sending the Irish fighter 10,000 euros ($11,339 in USD) to his GoFundMe on Thursday. 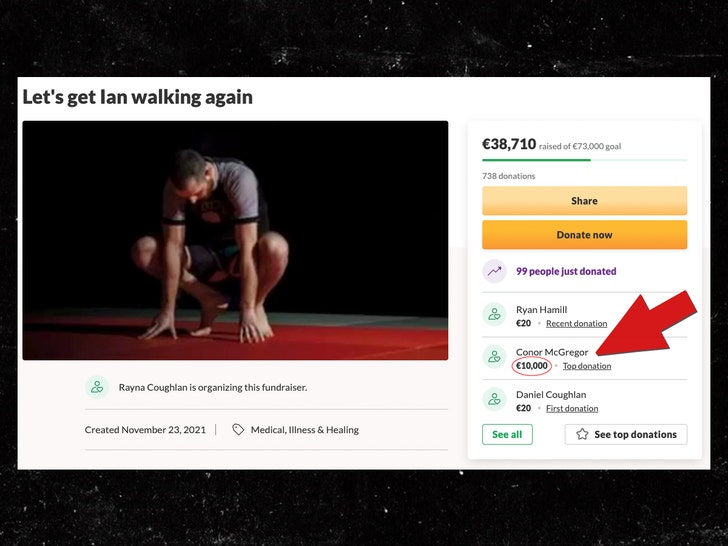 McGregor is also planning to attend a fundraiser for Coughlan with his coach John Kavanagh — a super seminar called “Unstoppable” on Dec. 18 in Dublin.

“Guys let’s get together and support this young Irish fighter who suffered a terrible injury at a gym in Ireland,” McGregor said via Twitter.

“Coach John and the team at SBG are hosting a training day and my own recovery permitting, I hope to be in attendance. There will be signed fight wear also!”

Other stars like UFC’s Johnny Walker and Ultimate Fighter’s Brad Katona will also be there in support.

“We’re looking forward to this,” coach Kavanagh said, “The ‘Unstoppable Seminar’ raising some much needed funds for the unstoppable Ian Coughlan.”