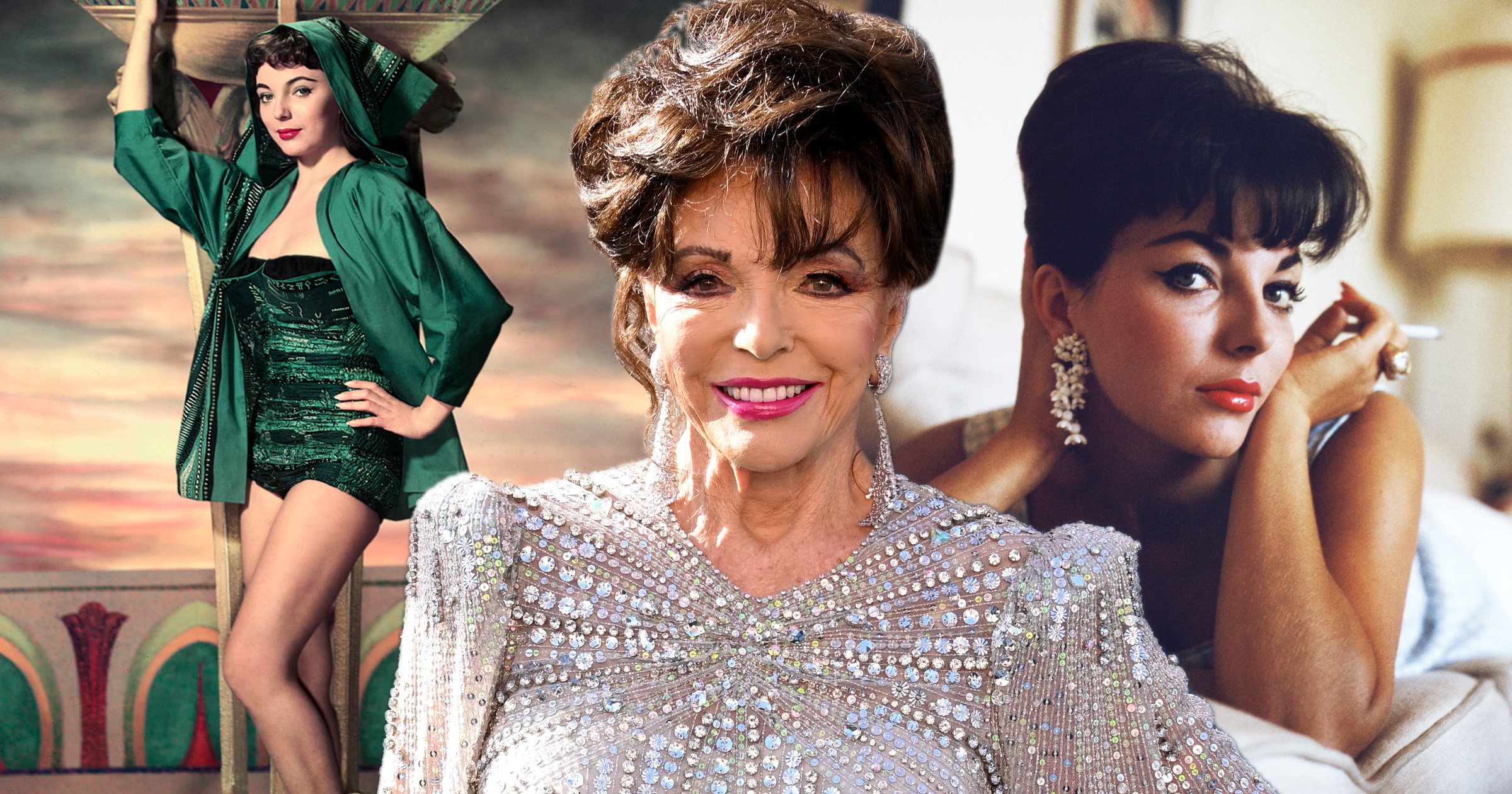 Dame Joan Collins has revealed that she wanted to be a boy when she started going through puberty at the age of 14.

The star first made a splash in Hollywood in glamorous roles in the 1950s in films like Land of the Pharaohs, The Opposite Sex and Rally ‘Round the Flag, Boys!.

However, she has now shared that she ‘hated’ all the changes she saw in her body as a young teenager and so opted to ‘rebel’ and wear boys’ clothes instead.

‘I remember going through puberty at 14 and hating the way my body was changing,’ the 89-year-old said.

‘I hated everything that was happening. So I rebelled and wore boys clothes. I wore corduroys and scraped my hair back. I even went to football matches with my father.’

Asked when she changed her mind about wanting to be a boy, she told Saga Magazine: ‘I think when I went on holiday to France when I was around 15,’ laughingly adding: ‘When they discovered me!’

Having reportedly turned down overtures from the likes of Frank Sinatra, Richard Burton and Dean Martin, the actress has been married five times.

Her first marriage to actor Maxwell Reed began when she was just 19 and lasted four years.

Following a broken engagement to Warren Beaty, she married Anthony Newley in 1963, with whom she had daughter Tara and son Sacha.

After they divorced in 1970, she married Ron Kass and their relationship lasted 11 years and included welcoming daughter Katyana together.

Her fourth marriage to Peter Holm lasted two years in the 1980s and Dame Joan simply refers to it as ‘a momentous mistake’.

She has now been happily wed to Percy Gibson, 57, for the last 20 years.

Putting some of their contentment down to having safe spaces, such as her walk-in wardrobe and separate bathrooms, Dame Joan also dismissed their 32-year age gap as she said that she still thinks of herself as a 40-year-old woman.

The star also explained how she feels it’s not age that is important but ‘how you look, feel and behave’.

Dame Joan previously spoke about the ‘poignancy’ of the Queen’s state funeral on Monday, which fell exactly seven years after her novelist sister Jackie’s death.

Sharing a sweet childhood photo of herself cradling her younger sister, Dame Joan wrote on Instagram: ‘It’s personally poignant to me that we should be mourning the passing of #queenelizabeth on the same day as I mourn seven years since the passing of my dear sister @jackiejcollins 😔.’

She also paid tribute to the late monarch, who died aged 96 at Balmoral Castle on September 8, saying: ‘I fell under the spell of #queenelizabeth the first time out of the many times I met her, and my admiration has remained undimmed throughout the years.’