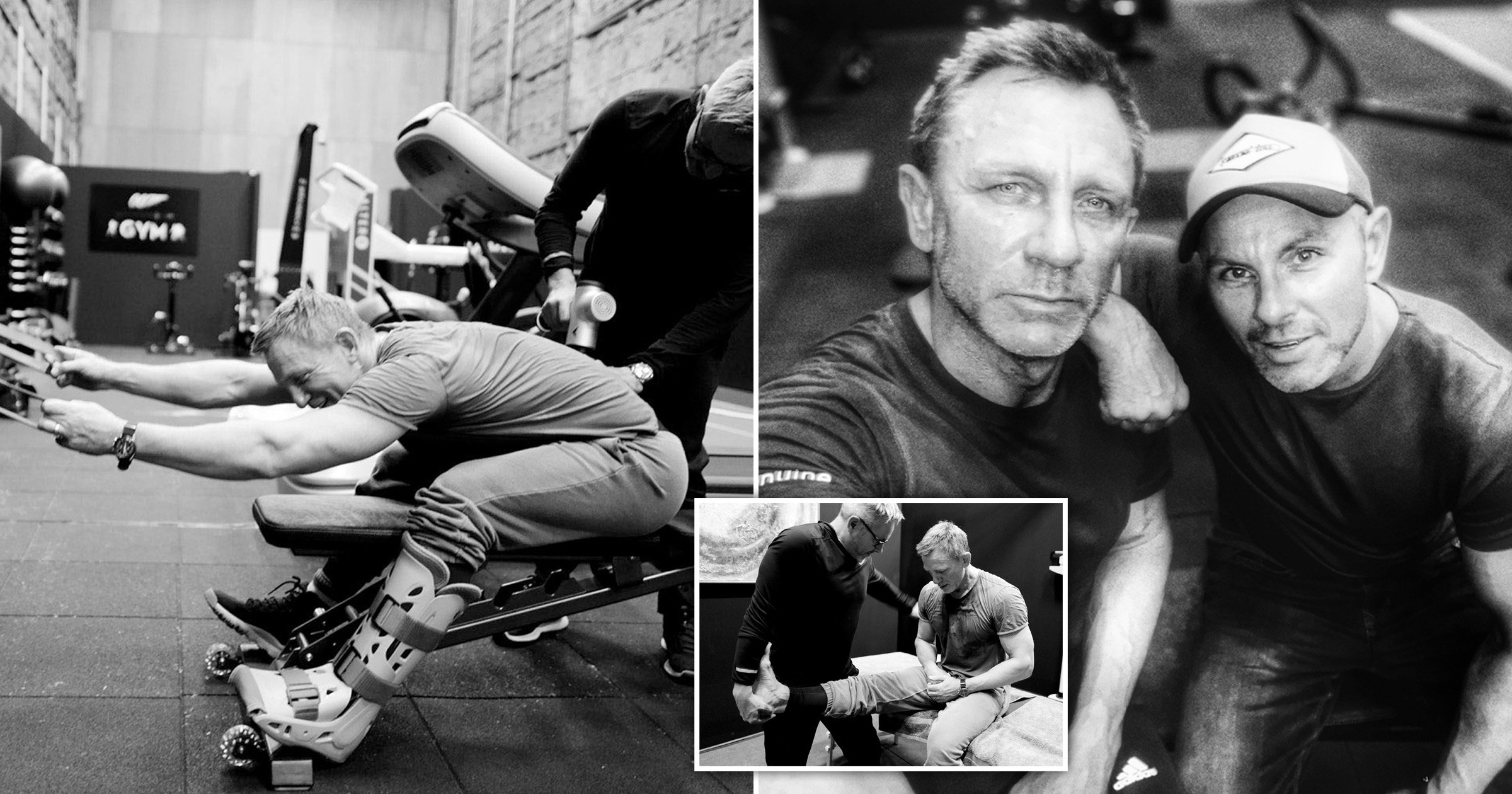 Daniel Craig has been photographed training in the gym after having surgery on his ankle for an injury he received while filming his last James Bond movie.

The actor, 53, required surgery after slipping while shooting a running scene for No Time To Die in May 2019.

However, the operation wasn’t enough to slow Daniel down for long as he got back in the gym with his trainer Simon Waterson for physio and workout sessions as soon as he could.

Daniel had been out of action for weeks after injuring his ankle ligaments while shooting an action scene for his final outing as the super spy.

In the images, Daniel can be seen taking part in a series of gruelling exercises in the gym, with a medical boot seen on his injured foot in some of the snaps.

Daniel can be seen doing tricep dips as well as spinning on an exercise bike, before hitting the physiotherapy table to be worked on by Simon.

As well as Daniel, Simon has previously worked with former Bond Pierce Brosnan as well as Bond girl Lea Seydoux to prepare them for their roles.

He told Jam Press: ‘That’s one of the best film franchises to work on, most of the people working on each Bond, including for No Time to Die, have done several before so it feels like a big family.’

Daniel’s injured ankle, which was reportedly fixed by the same surgeon who treated Tottenham Hotspur and England star Harry Kane in New York City, was one of a series of injuries the actor suffered during his time as James Bond.

He had previously torn the connecting cartilage in his right shoulder while performing a stunt in an aircraft in Quantum of Solace as well as rupturing both of his calf muscles while filming for Skyfall.

Daniel also snapped the anterior cruciate ligament in his knee during filming for Spectre, but pushed the operation he needed to have back so it wouldn’t affect his filming schedule.

No Time To Die is his last outing as the spy, with his replacement yet to be decided for future films. 8 Apr 22
Will Smith’s slap at the Oscars 2022 will forever go down in Acadamy Awards infamy.…
Celebrities
0 17 Jan 22
It’s amazing what a good exfoliator can do. While showing off the new product for…
Celebrities
0