Commission will look at whether Section 230 needs to be revamped, FCC Chairman Ajit Pai said 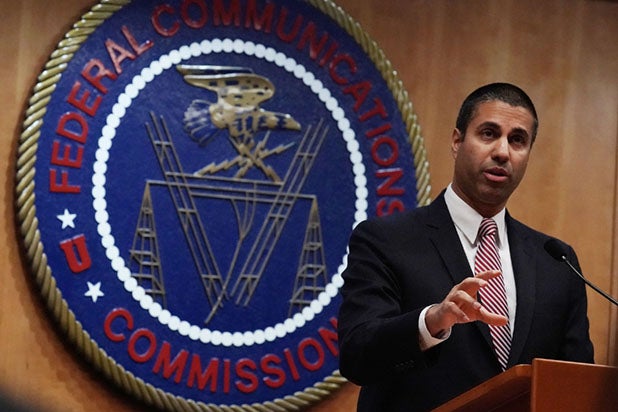 FCC Chairman Ajit Pai on Thursday said the commission will move forward with examining Section 230 of the Communications Decency Act of 1996, the broad legal shield that that gives tech companies like Facebook and Twitter the ability to censor or moderate content.

“The Commission’s General Counsel has informed me that the FCC has the legal authority to interpret Section 230,” Pai said in a statement. “Consistent with this advice, I intend to move forward with a rulemaking to clarify its meaning.”

Pai’s decision comes a day after Twitter blocked users from sharing a “potentially harmful” New York Post report on Hunter Biden, son of Democratic nominee Joe Biden. (Facebook also made an effort at “reducing” the report’s visibility on users’ Newsfeeds.) The decision also comes a few months after President Trump called on the FCC to review Section 230 after Twitter started adding fact check labels to some of the president’s tweets.

“A small handful of powerful social media monopolies controls a vast portion of all public and private communications in the United States,” Trump said in May. “They’ve had unchecked power to censor, restrict, edit, shape, hide, alter, virtually any form of communication between private citizens and large public audiences.”

Section 230 of the 1996 legislation safeguards tech companies from being sued for what its users post on their platforms. If Section 230 were to be curtailed or changed, it could become a major legal and financial liability for Twitter, Facebook and Google-owned YouTube.

Pai on Thursday said there is both bipartisan support to revamp the law, and earlier this week Supreme Court Justice Clarence Thomas said courts have given too much leeway under Section 230. “As elected officials consider whether to change the law, the question remains: What does Section 230 currently mean?” Pai said. “Many advance an overly broad interpretation that in some cases shields social media companies from consumer protection laws in a way that has no basis in the text of Section 230.”

If Section 230 were to be changed, “it opens [tech companies] up to liability for information that’s published on their platform,” Matt Bilinsky, a tech and media-focused attorney in Los Angeles, told TheWrap last year.

Today, if a user defames another on Facebook, erroneously claiming that person gave them a venereal disease, for instance, the social network is under no legal threat. As Bilinsky explained, the law differentiates between publishers and platforms.

“But if you remove Section 230 protection, it opens up Pandora’s box. [Facebook and other tech giants] are going to start getting those lawsuits,” Bilinsky continued. “And where they land, who knows? The expense for Facebook and Twitter to find out would be costly.”

You can read more on the topic by clicking here.

Dua Lipa wants to take her fans on a ride. The 25-year-old British pop star announced her upcoming Studio 2054...