Remember back in July 2021 when Prince William and Prince Harry reunited after months of tension for the unveiling of Princess Diana’s statue at Kensington Palace? Despite the brothers being at odds, they ended up putting aside their drama to prioritize their late mother—but apparently, Prince William almost didn’t show.

The Sunday Times (via the Daily Mail) reports that “furious” William “didn’t want to attend Princess Diana statue unveiling with Prince Harry,” as sources say he’d “taken the view that he could only ‘give so much’” to his brother, and Kate Middleton had to step in. One aide noted that Kate “was amazing behind the scenes when Harry came” and that she acted as a “peacemaker,” while another aide added that William “has had a year from hell and she has been fantastic supporting him.” 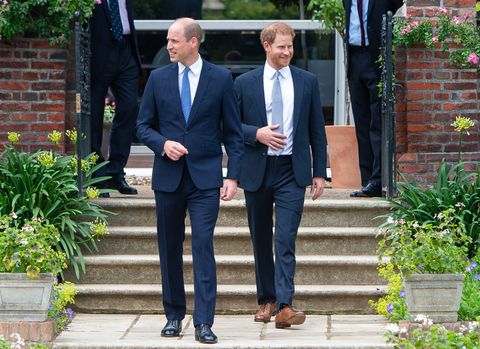 William and Harry reportedly barely spoke at the unveiling but did issue a joint statement saying, “Today, on what would have been our mother’s 60th birthday, we remember her love, strength, and character—qualities that made her a force for good around the world, changing countless lives for the better. Every day, we wish she were still with us, and our hope is that this statue will be seen forever as a symbol of her life and her legacy.”

Meanwhile, body-language expert Judi James told The Sun that the brothers’ body language at the event indicated that they were prioritizing “their roles as Diana’s sons over their roles as brothers. Emerging side by side, their smiles did appear slightly overworked at first, but one very telling trait was how their body language was mirrored. This kind of mimicry suggests strong subliminal bonds, hinting that old ties still bind them despite their current rifts.”