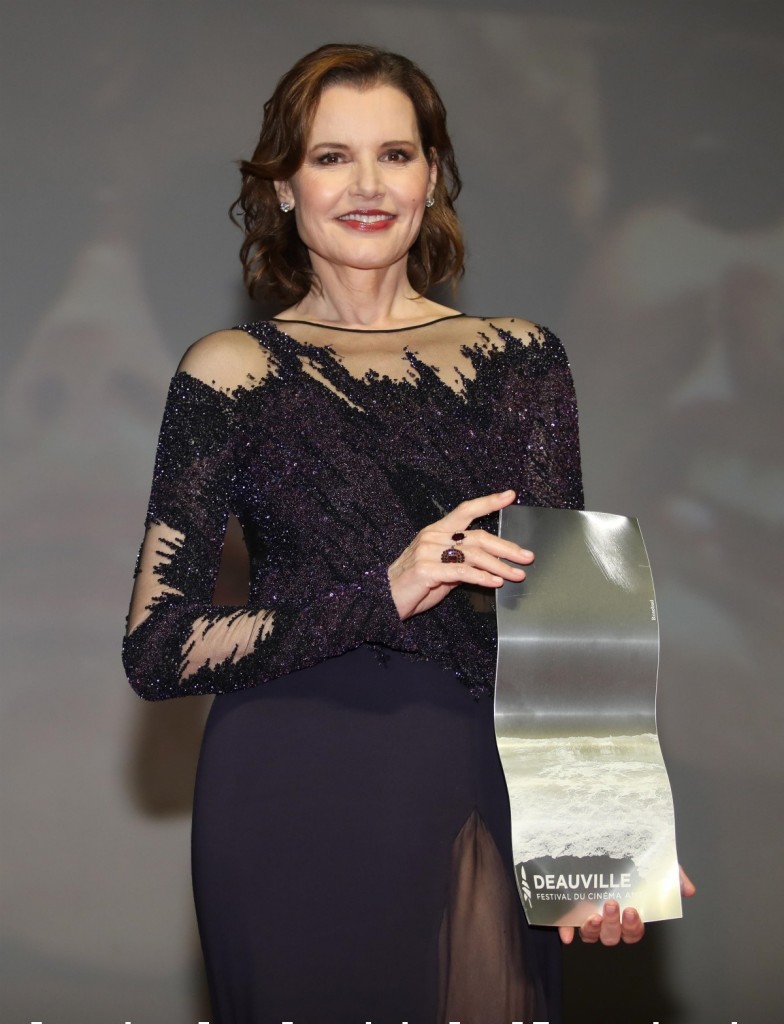 Geena Davis is an interesting and complex person, but she’s usually asked the same questions in interviews. Even with her incredible Geena Davis Institute on Gender Media, she’s usually just asked why she came up with it, which is a good question, but there are so many more to explore. I bet Geena will talk about her mistakes if somebody’d ask her, but they never do. While speaking on the Allison Interviews podcast, she was able to give a few new angles to her Thelma & Louise stories. One thing that is old news to most but new to me is that Geena wasn’t originally cast as Thelma. She had her agent badger the production team until Ridley Scott took over as director and agreed to meet with her. Geena also addressed ageism in Hollywood. She told a story about an actor she encountered, who was 20 years her senior, who told her she was too old to play his lover.

On how winning an Oscar affected how directors treated her: Speaking of winning the Oscar and does it change how people see you and everything, I had two directors, after I won the Oscar, who I had a rocky start with, because they assumed that I was going to think I was all that and they wanted to make sure I didn’t feel like I was all that. Without having met me or having spent any time with me or anything, they just assumed I was going to be like, ‘Well, now no one is going to tell me what to do.’

I think maybe because I was a woman, that the directors felt that way. And maybe it was even unconscious bias that they would do it to a woman and not a man. But they didn’t want a woman to potentially cause them any problems. They wanted to make sure I knew my place, and it probably wouldn’t happen to a man.

On how she won her iconic role in Thelma & Louise & Brad Pitt: I had read the script for Thelma & Louise after it had already been cast. I thought, ‘Oh my God! This is the best script I’ve ever read. I wish I could be in it.’ I ended up having a year-long pursuit for the role, because Ridley Scott was only the producer at that time, and different directors and different pairings of ‘Thelmas’ and ‘Louises’ were coming together and falling apart. For a year, my agent called at least once a week to say, ‘Just so you know, Geena is still available. She’s still interested.’ Then when [Ridley Scott] decided he was going to direct it, he immediately said, ‘Yes. Okay sure, I’ll meet with her,’ and I convinced him somehow or another (laugh).

On ageism in Hollywood: It’s very strange and so prevalent. A certain male actor that was making a movie said that I was too old to be his romantic interest, and I was 20 years younger than him. You know what it is? Women peak in their 20s and 30s, and men peak in their 40s and 50s as far as actors go. So the male stars of the movies want to appear to be younger than they are, or they want to appeal to younger people, so they always want a co-star who is really young. That is why that happens and that is why women don’t get cast very much after 40 and 50. It is because they are felt to be too old to be a romantic interest.

Nothing here really shocked me, but I hadn’t necessarily heard it before. We’ve seen plenty of talented actresses win Oscars and their careers falter as a result. It wouldn’t surprise me if they’re labeled as hard to work with by directors who never met them just because they’d achieved recognition for their craft. Very little about the way Hollywood works towards women surprises me. I was curious who was originally cast or considered for Thelma & Louise, so I dug around. Michelle Pfeiffer and Jodie Foster were the first. Meryl Streep and Goldie Hawn pitched themselves as a pair but wanted to change the ending. Cher was seriously considered and honestly, Cher would have been great. Even though I was meh on T&L, it was beautifully cast. Including Brad. I agree with Geena that if they had not intended Thelma to have a younger lover and simply cast one because the actor seemed right, in 1991 that was actually progressive. Even if he was only seven years younger.

What Geena said about women on screen peaking in their 20s and 30s is still true today. It may have eased some, but not much. It’s not just movies, try finding a romance novel with a heroine over 40. They’re all gorgeous, uber-accomplished businesswomen at 27. And I don’t even need all the love interests to be over 40. Just that the women who are 40 or 50 in films and TV to be sexually interesting and not just mothers or buttoned-up sassy friends. As for Geena’s point about men insisting on younger love interests so they appear more desirable, well they’re just going to have to get over that. We’ve put up with that nonsense for too long. 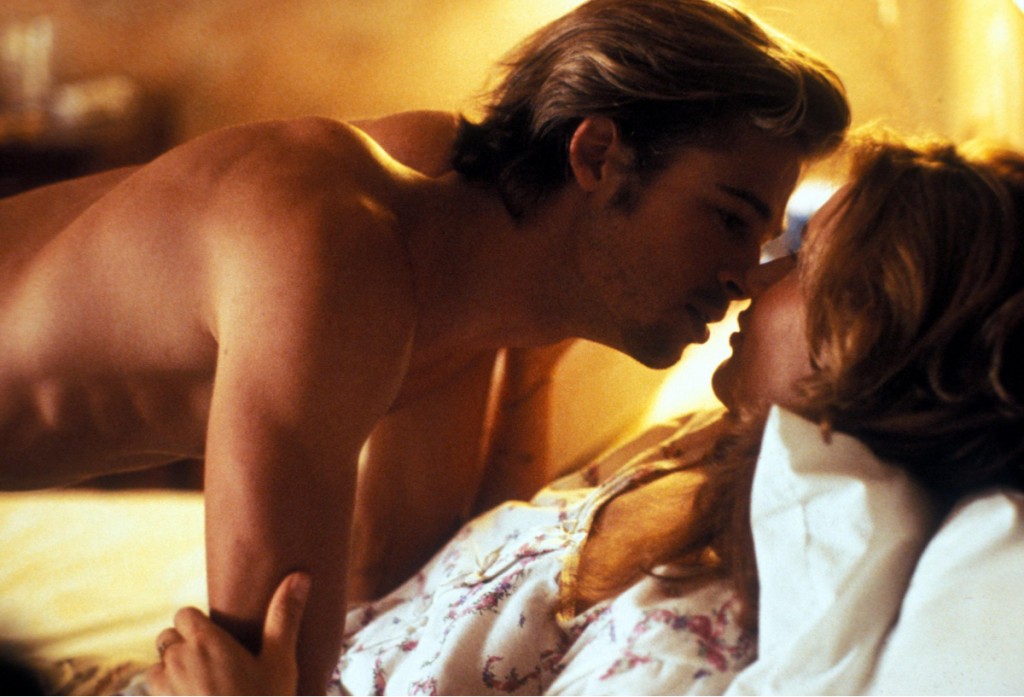 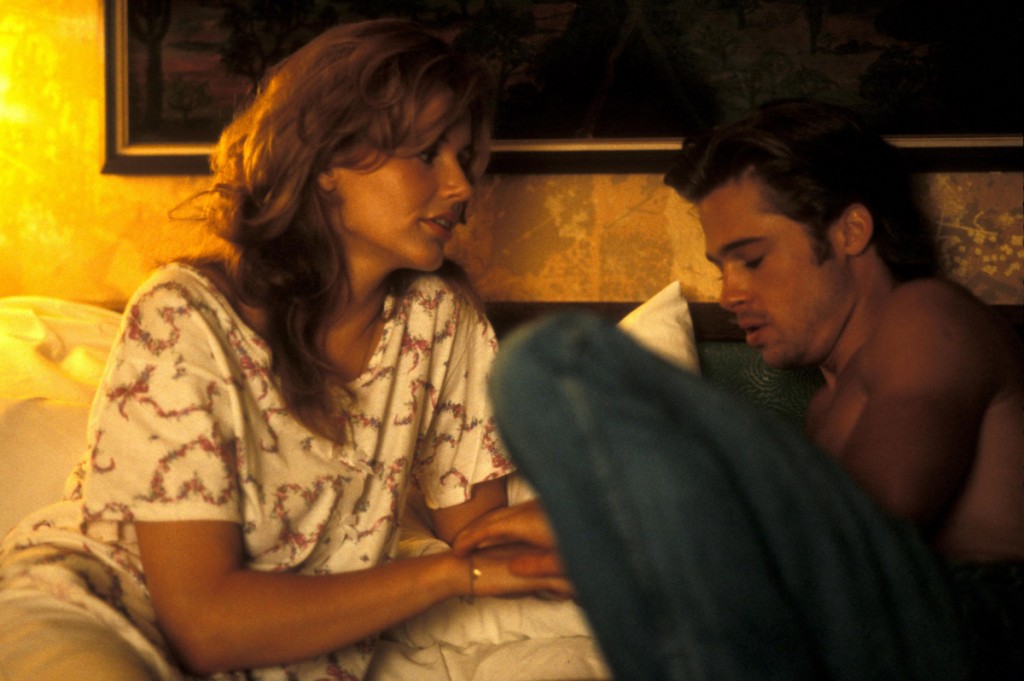 14 Oct 20
We will use your email address only for sending you newsletters. Please see our Privacy…
Celebrities
0