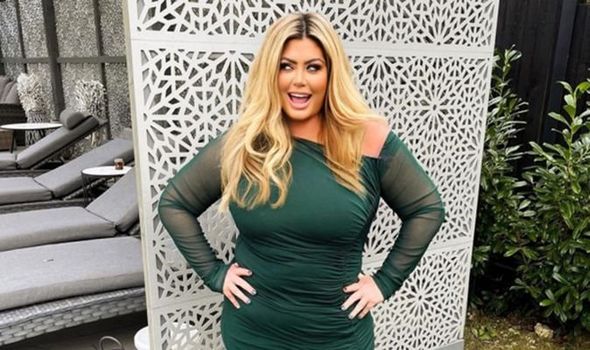 Reality star Gemma Collins, 40, who is trying for a baby with boyfriend Rami Hawash, was given the idea by a listener of her The Gemma Collins podcast, after asking listeners to suggest names for a “showstopping” life-sized giraffe lamp she bought for her living room.

Gemma’s favourite name was suggested by a fan called Jordan who said: “I think you should name your new lamp Gevita the giraffe, an amalgamation of your name and Evita who was played by your beloved Madonna.”

The TOWIE star went on to say that Madonna is indeed her “beloved” and that Rami’s shared love for the superstar actually brought them together.

Gemma said: “We love Madonna, we have been to all of her concerts and everything, so she holds a very special place in my heart.

“Gevita. What a fabulous name.

“Oh my gosh I think I am going to call my child that when I have one. It is unbelievable.”

Gemma has previously said she liked the name Blossom after becoming “at one with nature” during lockdown. She also said she is considering giving birth in a forest.

She said: “Me and Mother Nature are at one, because I’m hoping to get pregnant soon.

“Maybe I should find a place in the forest where I can give birth to my Mother Nature’s child.

“I might even call it Blossom. The Japanese blossom tree.”

Gemma has been very open about her desire to become a mum and previously revealed she was considering IVF after struggling to conceive naturally.

In an earlier podcast episode, she said: “I really want a baby now. I’ve not been using any contraception. I can’t get pregnant, so I am going to have to be brave now and look into this myself.”

Gemma admitted not being able to conceive naturally had been getting her down: “It feels like sometimes – when is it going to happen? Why me?”

Gemma and Rami first started dating in 2011 and even got engaged in 2013 when Rami popped the question by hiding a diamond ring in a Christmas pudding.

But the pair split in 2014 and Gemma went on to have a tumultuous relationship with her TOWIE co-star James Argent, which eventually ended in 2020.

In April, it was revealed Gemma had reconnected with Rami and the pair had been secretly dating for six months.