Longtime TV host says he still has a “deep love” for Trump, despite his behavior in the closing days of his presidency 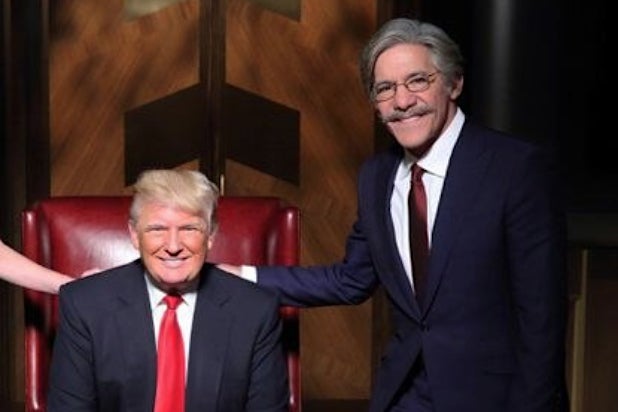 Geraldo Rivera on Saturday said he still loves former President Donald Trump, but added that he must apologize for his “deeply disturbing” behavior before and after the Jan. 6 insurrection at the U.S. Capitol to regain his full support.

“What he did on Jan. 6 was, if not unforgivable, something that was deeply disturbing. He was reckless,” Rivera said in a two-minute video shared on Twitter. “He threatened the institutions of the American government itself, the republic of the United States. And he has to apologize to that before he gets me back.”

Rivera added: “I would love to have Donald Trump back — because I’m still a Republican — as the head of my party. But what he did on Jan. 6, he must recognize was deeply wrong and reckless.”

The veteran Fox News personality’s comments come a day before Trump is set to address the Conservative Political Action Conference, or CPAC, on Sunday around 3:40 p.m. ET.

Rivera and Trump’s friendship goes back decades, and he used to be an enthusiastic and vocal supporter of him in the Oval Office. But Rivera had his fill of Trump’s voter fraud allegations after he lost the 2020 presidential election to Joe Biden. “For almost 4 years I’ve supported Donald Trump, who was assailed by leftist creeps who conjured the Russia Hoax to wreck his presidency. Nevertheless he prevailed,” the talk show host tweeted in December. “Sadly he lost a bitterly contested election. S– happens. However since he has behaved like an entitled frat boy.”

Earlier this month, Trump was acquitted on charges of incitement of insurrection in his second impeachment trial. The Senate voted 57-43 to convict him, which was 10 votes shy of the two-thirds majority needed. Following his loss to current President Joe Biden in November, Trump spent much of the next two months insisting the election was “stolen,” and, on the morning of Jan. 6, asked his supporters to “fight like hell.”