Halyna Hutchins’ widower, Matt Hutchins, and the rest of her family and close friends are planning a private ceremony to honor the cinematographer’s life and legacy.

A representative for the family told Fox News that Halyna was cremated and her ashes will be interred.

“Halyna was the love of my life, and our loss of her has devastated our family’s dreams. We feel the silence of her being forever gone as a suffocating stillness in our home,” Matt said in a statement obtained by Fox.

“Our love and adoration for her grows as we tell her story, and we hope her work can inspire filmmakers and storytellers around the world. We thank the many generous supporters who have been so thoughtful in our time of loss.” 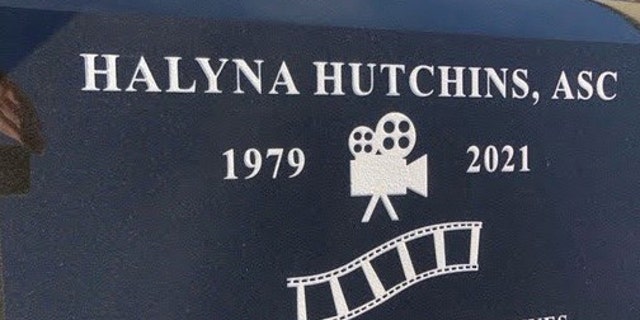 Hutchins was killed on the set of the indie-western “Rust” in New Mexico on Oct. 21 after actor Alec Baldwin fired a gun during rehearsal that he was told was “cold.”

The cinematographer was shot in the abdomen area and director Joel Souza was left wounded. In the wake of the tragedy, authorities are investigating the incident and whether or not criminal charges are in order for any of the parties involved.

A representative for Hutchins’ family confirmed to Fox News on Nov. 4 that Matt has retained the legal counsel of Panish Shea Boyle Ravipudi with Brian Panish acting as lead lawyer.

Sources familiar with the situation reportedly told TMZ that the plan is to file a wrongful death suit on behalf of Matt and their 9-year-old son. There will reportedly be multiple defendants in the case, the outlet notes.

The news comes after the set’s armorer, Hannah Gutierrez Reed, made explosive claims through her attorneys that a live round was introduced into a box of dummy rounds intentionally by a disgruntled crew member.

Speaking on the “Today” show Wednesday, Gutierrez Reed’s attorneys, Jason Bowles and Robert Gorence, claimed that the bullets their client loaded into the gun on the day of the shooting were taken from a box that was only supposed to contain dummy rounds that were incapable of firing.

However, because the ammunition was left unattended from roughly 11 a.m. to 1 p.m. that day, they believe the opportunity was there for a disgruntled crew member to mix a live round into the box in an effort to sabotage the set.

Halyna Hutchins was a rising star in the cinematography world when she was hit with a projectile on set that ultimately killed her.
(Photo by Fred Hayes/Getty Images for SAGindie)

The Santa Fe County Sheriff’s Department has not commented on these allegations and no suspects have been named in any criminal charges. However, Sheriff Adan Mendoza previously said that the focus of the investigation right now is on finding out how live rounds made it to a set where they were not supposed to be present at all.

25 Jul 20
Congratulations are in order for Vanessa Morgan! On Friday, the Riverdale star announced via Instagram…
Celebrities
0