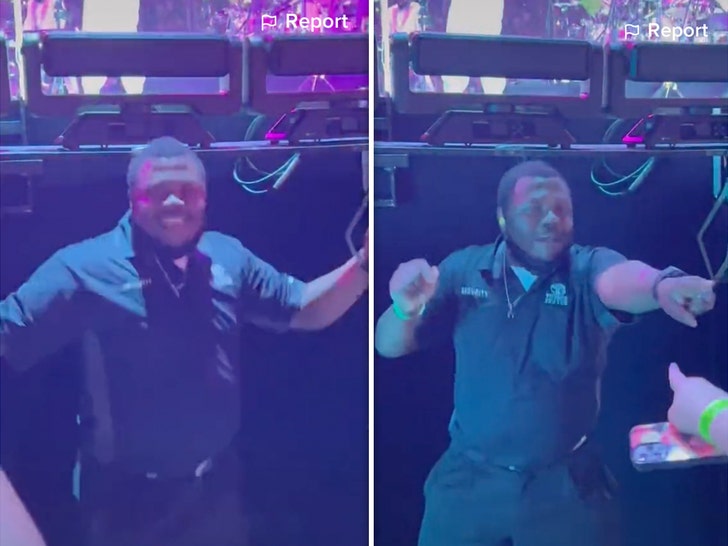 Harry Styles makes it almost impossible for folks to keep their appendages in check … and if you don’t believe it, check out this security guard who was dancing up a storm during Harry’s concert.

It appears this is the concert at the Toyota Center in Houston earlier this week. The guard is all about Harry, dancing to One Direction’s “That’s What Makes You Beautiful.” It’s one of 1-D’s biggest hits, and given the group is no more it had to be a big surprise Harry sang it, which may be why everyone was going crazy.

Now the video is a little jarring … given what happened at the Astroworld Festival in the same city earlier this month. You’ll recall, cops and security seemed oblivious to the tragedy that was unfolding behind them. They didn’t seem to have a clue a full 25 minutes after fire dept. officials declared it a “mass casualty event.”

This concert is clearly different. There’s assigned seating, and Harry’s concerts are way tamer than Travis Scott‘s … Travis has, in the past, encouraged and egged on the crowd to do crazy things … Harry has not.

That said, this security guard has some serious moves.

18 Sep 20
When you think of country music, you might not think of a lavish lifestyle. But…
Celebrities
0 15 Apr 21
Cardi B now owns the record for most weeks spent at No. 1 on Billboard's…
Celebrities
0