Martin Roberts and Lucy Alexander worked on Homes Under The Hammer together from 2003 until the latter quit three years ago. However, the BBC presenters have remained close and he was on hand to offer a word of advice in view of her 25,000 Twitter followers last night. The 48-year-old had at first shared a message from comedian Ricky Gervais, suggesting she was having a tough day. This appeared to surprise her colleague, 55, who told her it was “OK to be sad” as he immediately sensed her “mood” on the micro-blogging site.

How can you read my mood from Twitter, Martin Roberts?

The Office actor Ricky, 58, had tweeted: “Be happy. It really annoys negative people.”

“Needed this reminder today,” Lucy said, as she posted his message on.

“Do you ever need reminding to be happy!?” Martin then questioned, in view of his own 22,000 fans.

It was then that the former I’m A Celebrity… Get Me Out Of Here! contestant replied: “You have shown resilience when others would have crumbled my lovely screen wife x.

“Sometimes it’s OK to be sad so long as you realise it WILL pass.” 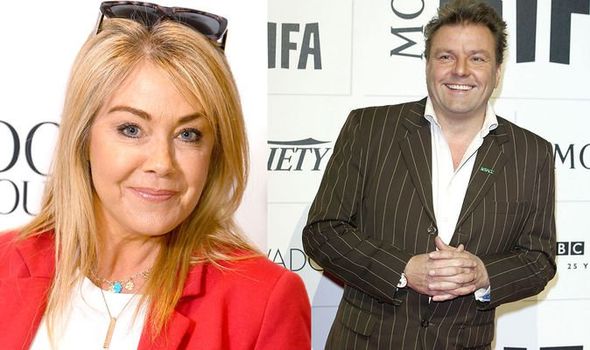 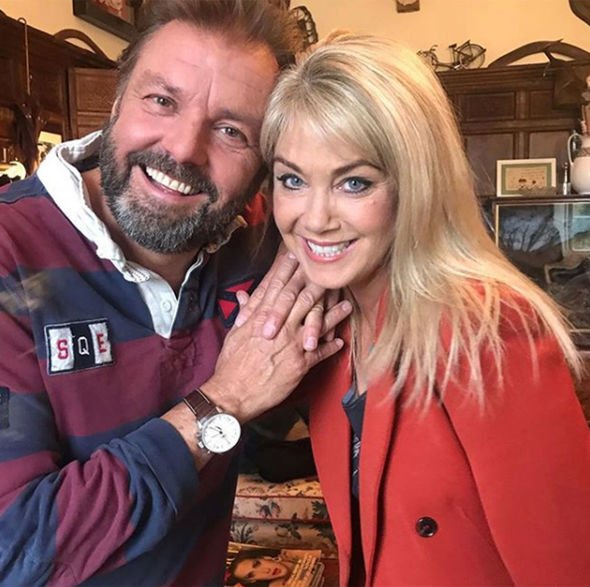 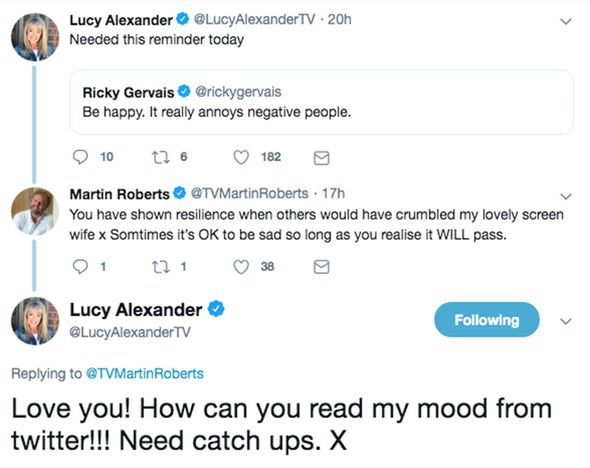 An hour later, the mother-of-two apologised for “ranting” as she gave an insight into her day.

She stated bluntly: “Sorry if Im ranting but WHY do people wear heavy coats on the tube in central London…

“It’s a hot balmy night. Again it brings me out in a hot sweat even sitting next you… RED PUFFA COAT MAN.”

She was soon inundated with comments, with user telling her: “Some people are just weird!” 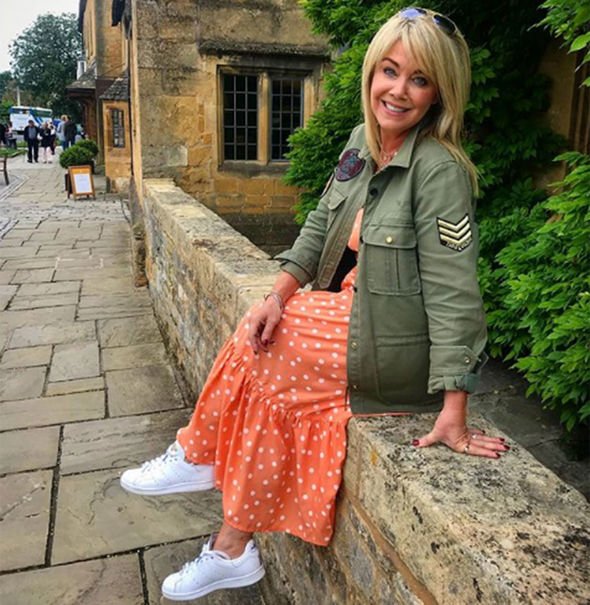 Others went on: “Yes, saw a man wearing one on Sunday evening and wondered the same,” and: “I just don’t get it!”

The pair are set to appear on screen together again later this month on Kirstie’s Celebrity Craft Masters.

Meanwhile it comes after Homes Under The Hammer star Lucy Alexander pleaded with Chesney Hawkes, saying: “Help me out!”

Homes Under The Hammer airs weekdays at 10am on BBC One. 2 Sep 21
Five months after coming out as gay, the season 23 star of 'The Bachelor' is…
Celebrities
0