Who plays Princess Anne in The Crown?

Jennifer Lopez and Ben Affleck’s rekindled romance appears to have their exes’ approval.

Lopez has “Jennifer Garner’s seal of approval,” a source dished to Us Weekly.

Garner was previously married to Affleck, 48, from 2005 to 2018. They share three kids together. Per the outlet’s insider, JLo and Garner have crossed paths over the years.

Lopez thinks “Jennifer is a kind and wonderful person and an amazing mother,”  the source added.

Meanwhile, another source told Entertainment Tonight that Garner, 49, “is accepting of Ben” and there’s “no animosity” between the former couple.

According to sources, Jennifer Lopez and Ben Affleck’s ex-spouses are approving of their rekindled relationship thus far.
(Getty Images)

“As long as Ben stays on track and keeps the situation healthy, especially regarding the kids, then Jen is happy,” the source said.

As for how JLo’s ex-husband Marc Anthony feels? “Marc just wants Jen to be happy and fulfilled. His main concern is the well-being of JLo and their kids. As long as Ben keeps her and their kids happy, he has Marc’s stamp of approval,” the insider told the outlet.

It seems the “Hustlers” star’s kiddos are on board as well, and “just want their mom to be happy.”

“They are in full support of whatever that may entail,” the source added. “Her kids always had a great time with A-Rod and he was very inclusive, supportive, and sensitive to their needs.”

Reps for Garner and Anthony did not immediately respond to Fox News’ request for comment.

There is one person that doesn’t seem to be thrilled about the relationship, however: Lopez’s ex-fiancé Alex Rodriguez.

The two entered a relationship in 2017 and ended their engagement earlier this year.

“It was definitely [Lopez’s] call to end it,” a source previously told Entertainment Tonight. “He would have loved for it to keep going.” 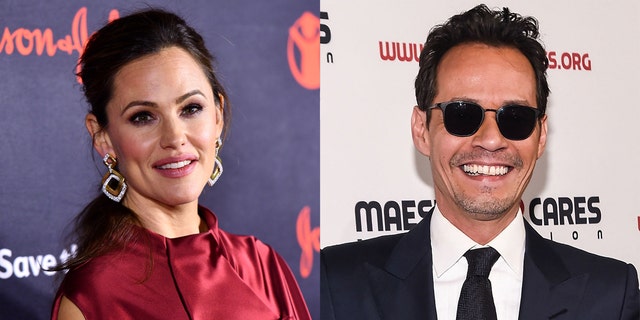 Additionally, an insider previously told Us Weekly that Rodriguez, 45, “is still very sore and in a world of pain.”

On the other hand, it seems that Lopez and Affleck’s friends have strong feelings about the re-coupling and believe them to be “soulmates,” as the source recently told Us Weekly.

“Friends say they can see them staying together forever this time around,” they explained. “They love being together and the weekends away they had been spending together have really sealed the deal. They are very much in love.”

Affleck’s strong fathering skills are reportedly something that has caught Lopez’s attention.

“Ben is great with kids and that is what really rekindled JLo’s attraction to him,” said the insider.