Kiernan Shipka stars in the Netflix original series, Chilling Adventures of Sabrina. She might soon be walking alongside Archie, Betty, and Veronica of Riverdale. Here’s what we know about this actor and one cryptic Instagram post featuring the stars of the CW drama series. 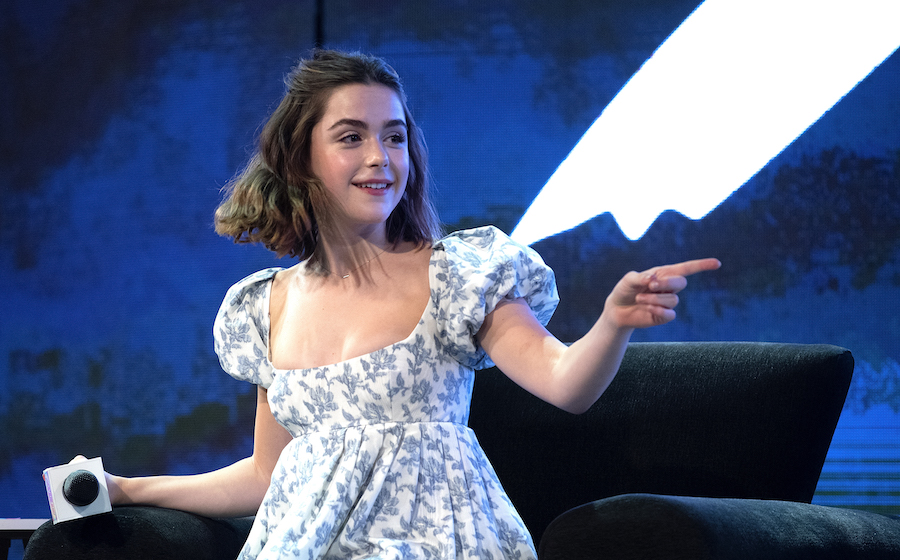 Kiernan Shipka is the star of Netflix’s original series, ‘Chilling Adventures of Sabrina’

Chilling Adventures of Sabrina told the story of one half-witch half-mortal, dealing with all the drama of high school and saving the world. This Netflix original series starred Shipka as the main character, acting in most episodes of this dark coming-of-age story.

Shipka stars alongside Ross Lynch of Disney Channel’s Teen Beach Movie. In one Instagram post, the actor posed alongside cast members from another series. That’s CW’s drama series based on an Archie comic book series, Riverdale.

Kiernan Shipka appeared next to KJ Apa and Casey Cott

Sabrina isn’t only hanging out with Harvey Kinkle, Nicholas Scratch, and the other characters of Chilling Adventures of Sabrina. Thanks to one Instagram post, fans learned that the star of this series, Shipka, met the stars of Riverdale.

The star of this Netflix series appeared next to Casey Cott and KJ Apa, two of the actors from the drama series, Riverdale. The caption for the picture read, “Riverdale is a big, scary place,” leading some fans to hypothesis an upcoming crossover.

Typically, this young witch hung out in the town of Greendale. However, this wouldn’t be the first time that Sabrina traveled to Riverdale. According to Refinery29, the “part 3” episode was underwhelming for some viewers.

Thanks to this Instagram post, there is a possibility of Sabrina actually interacting with the stars of the CW series, like Archie, Veronica, Betty, and Jughead. Another hint regarding future relations between these characters? The fact that Chilling Adventures of Sabrina is based on an Archie comic book series.

Will there be new episodes of ‘Riverdale’ and ‘Chilling Adventures of Sabrina’?

Netflix released four “parts” of its original series, Chilling Adventures of Sabrina, for subscribers. This show has not yet been renewed for its fifth season, although fans expect to see more of Shipka as Sabrina.

From solving a murder mystery to surviving a battle with the “Gargoyle King,” the kids of Riverdale have been through a lot together. There are still more episodes of this drama series on the horizon.

Some episodes of Riverdale season 5 have been released during 2021. However, fans look forward to new episodes featuring Betty and Archie later this year, as the gang embarks on more adventures together.

In the meantime, episodes of Riverdale and Chilling Adventures of Sabrina are available for streaming on Netflix. To learn more about this streaming platform and to subscribe, visit their website. Charlotte Hawkins looks demure in a satin shirt dress with pretty floral embellishments for day two of Royal Ascot It's...