Even though the ‘Teen Mom: Family Reunion’ premiere ended with a screaming match between Jade and Ashley, Jade says their feud won’t last the entire season.

MTV’s newest series — Teen Mom: Family Reunion — kicked off with a bang on Jan. 11, when Teen Mom 2 stars Jade Cline and Ashley Jones got into a screaming match over their longtime feud with each other. They hadn’t seen each other in years, but there was a lot of tension going into the premiere, so when the girls had a chance to hash things out, their argument nearly turned physical. Fortunately, security was on hand and intervened, but things could have gotten disastrous. 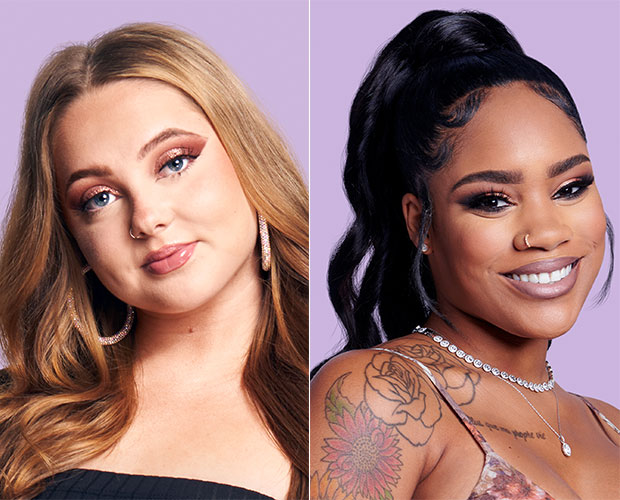 But don’t worry — the entire season won’t be full of fighting. After watching the premiere episode, Jade told HollywoodLife EXCLUSIVELY that her and Ashley will get to a “good place” later this season.

“At the beginning, it’s really, really rocky. And I think towards the end, though, we’re all in such a good place,” Jade told us, when we asked how the rest of the season will play out between her and Ashley. “I think it’s like you kind of have to see it play out. [There’s] a lot that goes into it. But I think having a life coach that came and really helped us understand like, ‘Okay, this is why you feel this way. Your feelings are valid,’ you know, like, putting things out on the table and I think we all got to such a good spot. And I think that me and Ashley, you know, realize we’re more alike than we saw. And we also — we’ve grown a lot because we hadn’t seen each other in years. You know, when we started off [on] [Teen Mom: Young & Pregnant], we were so much younger. And I think we both realize that we’re… we’ve outgrown this and that we would rather be in a good place than a bad place.”

Jade and Ashley’s feud started in 2019, when Jade left Teen Mom: Young & Pregnant and joined Teen Mom 2. It was rumored that Ashley was also in the running for the open spot on Teen Mom 2, following Jenelle Evans‘ exit from the series, but Jade got the upper hand, however MTV has never confirmed such a thing. Even so, the girls had a hard time getting along after that, and they’ve been feuding ever since. Now, both girls are on Teen Mom 2 (Ashley joined after Chelsea Houska left the show), and they’ve now come face-to-face on Family Reunion, so we hope Jade’s right in that they do get to a “good place” by the time the spinoff’s first season wraps.

13 Oct 20
Offset has no problem shelling out the big bucks for his 2-year-old daughter, Kulture. In…
Celebrities
0