Jeremy Clarkson has remained a controversial and popular presenter of British TV since his first major appearance in 1988. He hosted BBC show ‘Top Gear’ until he was sacked in 2015 after a “fracas” with a member of the production team. He now hosts ‘The Grand Tour’ on Amazon Prime, alongside James May and Richard Hammond. During his four decades on the small screen, the motoring journalist has sparked bitter feuds and lured much criticism. One notable event was when an outraged university student slammed a pie into his face in protest of him being given an honorary degree. However, while many would have been derailed by the outrageous outburst, Jeremy laughed, joked and even made a few comeback comments after the shocking scenes.

Jeremy Clarkson was struck with the sweet projectile as he walked the grounds of Oxford Brookes University in 2005.

The TV presenter was dressed in a red gown with dark trim and a suit beneath, as he sauntered through the campus alongside press photographers.

He had been invited by the institution to receive an honorary doctorate, despite opposition from around 3,000 students who had signed a petition against the award.

The Guardian wrote that there was a peaceful protest of around 20 environmental rights campaigners on the day the incident occurred – but not all was it it seemed.

One clip to emerge from that day showed a woman race over to Jeremy and thrust a banana meringue pie into his face. 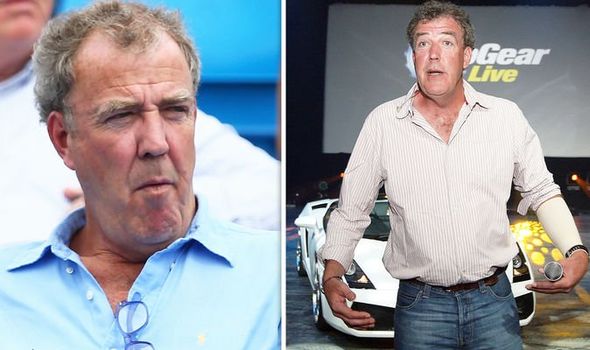 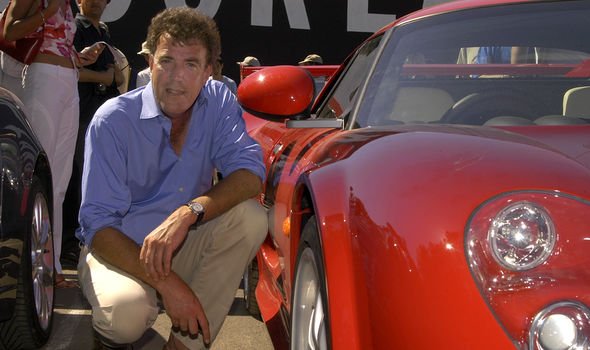 The dessert splattered star began to walk away after pointing at someone off-camera and said: “Good one, that was a great shot. Was that you?”

As he wiped his cream-covered chops with his ceremonial cap he repeated his comments before bizarrely calling it “fantastic” and smiling for photographers.

Jeremy was led away by a man in a blue shirt, believed to be campus security, but continued to make light of the situation, joking: “Mmm, delicious, it’s got a banana.”

When questioned if he had anything to say about the attack, he quipped: “It was a fantastic shot.”

He was asked to pose-up and stated: “You might as well get good photographs because they are all bad ones.” 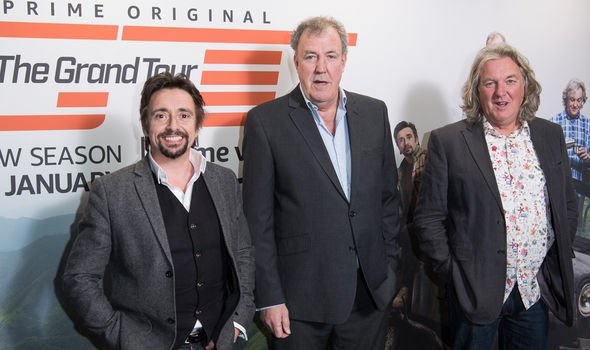 Jeremy donned his hat and made a serious face for the cameras once again, as pie continued to drip from his nose and chin.

Before being led inside he pinched his forefinger and thumb, licked dessert off his fingers and joked: “Too much sugar.”

The pie projectile perpetrator, was identified by the Independent as Rebecca Lush, who claimed she received an “extraordinary response” and “messages of support”.

She even alleged that members of the media congratulated her too, including one “who just wouldn’t let go of my hand, and kept on going, ‘Thank you for doing that! Thank you!'”

George Roberts, then director of e-learning at Oxford Brookes, who opposed the award commented: “Clarkson’s public statements could be interpreted to be at odds with many of the university’s values.”

Social policy student Dee Lock who helped to coordinate the protest against the TV star’s visit to the university stated he was “a bit of a joke and a bit of a buffoon”.

She added: “The problem with awarding his honorary degree is that Brookes is proud of its environmental and inclusivity programmes and Clarkson is the antithesis to this.”