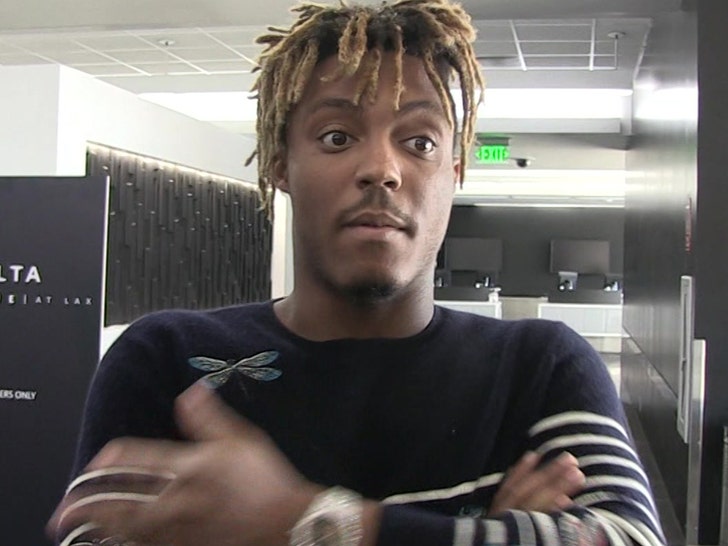 Juice WRLD ripped off another musician’s beat and tried to pass it off as his own … this according to a new lawsuit against the rapper’s estate.

According to the lawsuit, obtained by TMZ, a guy with the stage name Ghost Loft claims he made a song called “So High” way back in 2013, only for Juice WRLD to rip off 16 bars for his song “Scared of Love” on JW’s 2018 album “Goodbye & Good Riddance.”

In the docs, Ghost Loft claims Juice WRLD and Mitch Mula are the only credited writers on ‘Scared,’ even though he says Mula later admitted to sampling his beat, and he says ‘Scared’ wouldn’t exist without him.

Ghost Loft is suing Juice WRLD’s mother and executor of his estate, Carmella Wallace, as well as Mula, Universal Music Group and Interscope … and he’s going after them for damages, an injunction prohibiting Juice’s estate from profiting off the song and a writing credit.

TMZ broke the story … Juice WRLD died in December 2019 at Chicago’s Midway airport, the result of an accidental overdose of oxycodone.

We reached out to UMG … so far, radio silence.