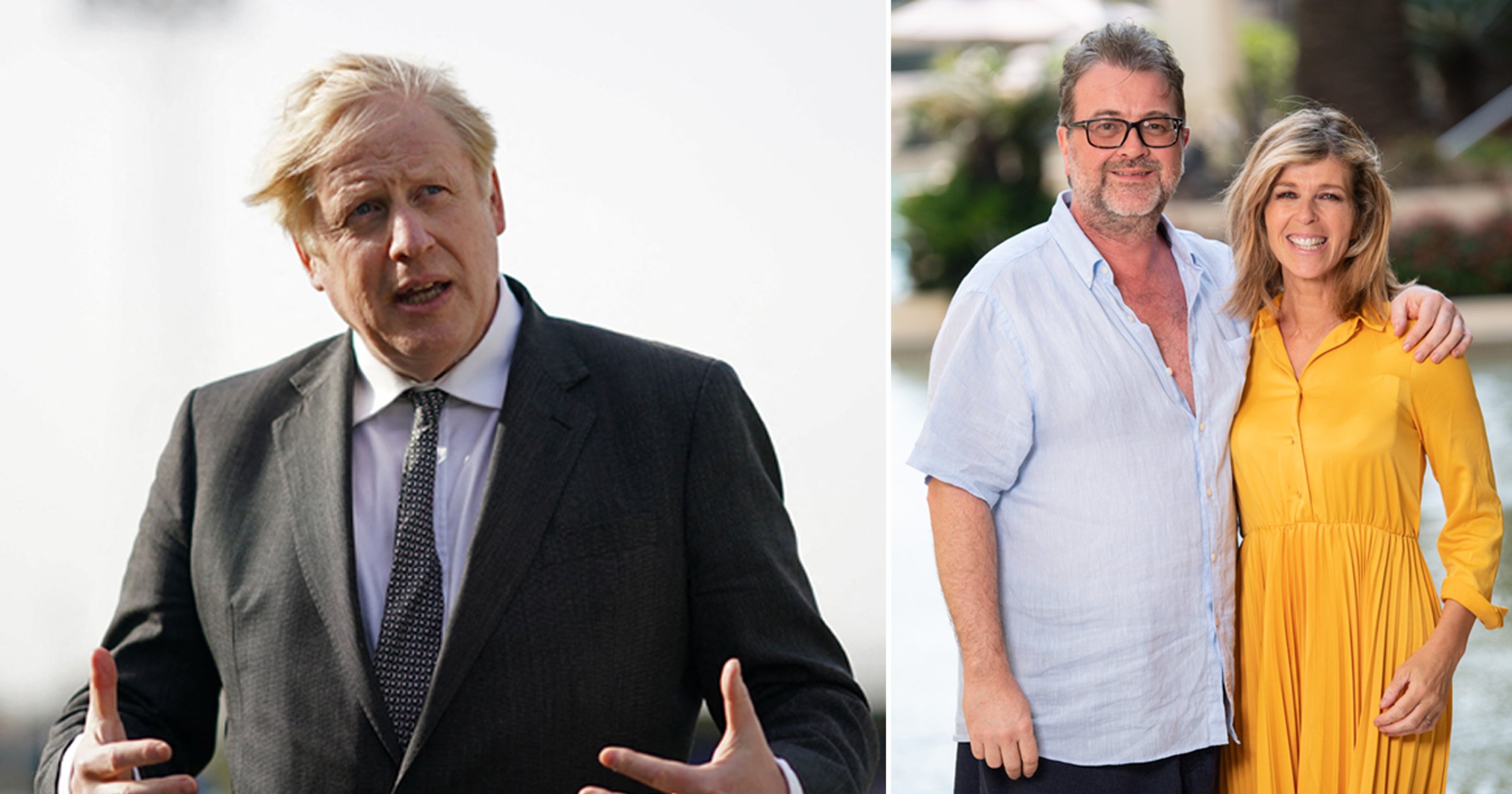 Former political adviser Derek, 53, was in hospital for a year after being admitted with coronavirus symptoms and was placed in a coma.

Good Morning Britain presenter Kate, 53, told Times Radio it was ‘lovely’ to receive the message from the Prime Minister.

She said: ‘Boris Johnson actually wrote a really, really very personal note reflecting on things that he and Derek had been involved in together and his impression of him as a person, and also thinking of me and the children.

‘And also Carrie as well, who I think has had a tough time, particularly when Boris was ill and she was pregnant with a first child.

‘I think she has had a challenging time dealing with that. Mercifully, his health is great now but they must have had some dark moments as well during that period. 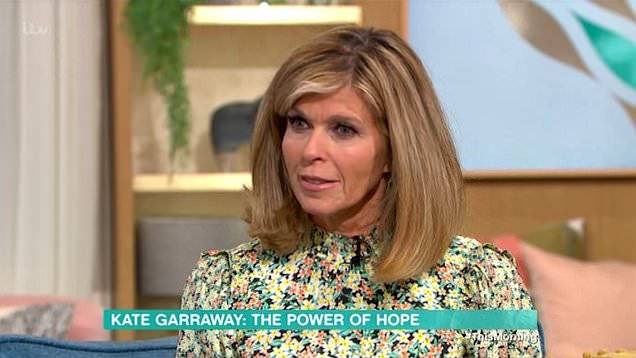 ‘So I thought it was lovely that he felt that he should and could and did actually drop me a note. So that was lovely.’

Kate also said her family are starting a ‘whole new chapter’ now Derek has returned home and she thinks he will improve.

However, she notes her whole family has been changed by the situation and recently revealed her 15-year-old daughter bluntly asked her if she was going to kill herself in a heartbreaking conversation in the midst of Derek Draper’s coronavirus battle.

Kate has been raising Darcey and son Billy, 11, by herself over the last year, and now that Derek is finally home Kate has been touched by how supportive they have been.

But speaking to Holly Willoughby and Phillip Schofield on This Morning, Kate explained that in darker moments of the year, she was left heartbroken when Darcey confronted her about her own wellbeing.

‘Darcey at one point actually said “mum, are you going to kill yourself?” – out of the blue.’

When Holly reacted with shock, Kate continued: ‘The thing is, that sounds horrific, obviously, but if you know Darcey, she is really blunt and she’ll always go to the most awful thing she can imagine and work her way back.

‘At times that can be “you’re not wearing that, are you mum?” because that’s the most awful thing she can imagine, but she just came out with this sentence, and I said “Oh my God, No. Why would you think that?”

‘She said “Well I wasn’t, but I just thought I better check.”’