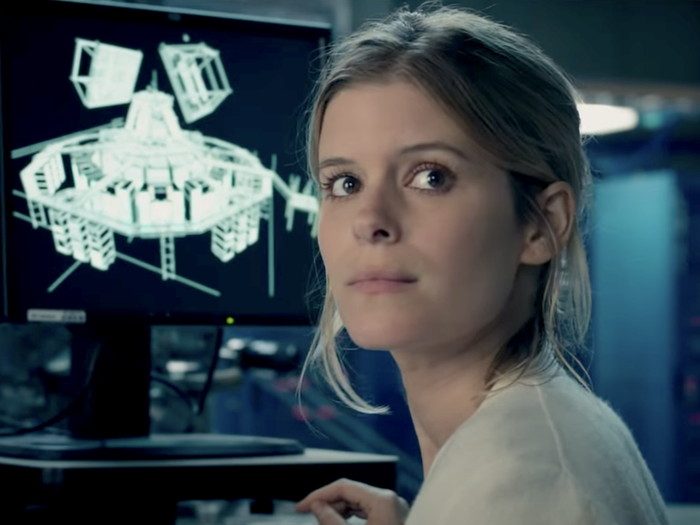 Actress Kate Mara's rise in Hollywood began surging when she joined Netflix's "House of Cards" in 2013, and two years later she costarred in the 2015 box-office bomb "Fantastic Four." Reflecting on her career in an interview with the Television Academy last month, Mara now admits that "Fantastic Four" was a "horrible experience."

"I've never talked about it before," Mara said. "I married one of my costars, so I don't regret doing that movie at all. But do I wish I had responded differently to certain things? Yes, definitely."

Though Mara doesn't regret meeting her now-husband Jamie Bell while filming "Fantastic Four," she told the Television Academy a bit more about her negative experiences with male directors.

"The fact of the matter is that my two horrendous experiences with directors were male directors," she said. "Have I not gotten along with a female director? Absolutely. And was it not the greatest work experience? Sure. But there was never a time that I felt, 'This is happening because I'm a woman.' Where with the male directors, it 100% was only happening with me; it was a power dynamic thing."

"Fantastic Four" was co-written and directed by Josh Trank, who went on to direct the 2020 movie "Capone."

"And on both of my bad experiences, the movies were 95% men and I was the only woman in the movie," Mara continued.

According to the Television Academy profile, Mara didn't "go into detail about what happened" during the filming of "Fantastic Four."

Mara is now starring in "A Teacher," a Hulu original series about an abusive relationship between a sexual predator (played by Mara) and her underage student.