Kate Middleton wore a pearl necklace and a pair of earrings to Prince Philip’s funeral, which were of special significance to the Queen and the late Princess Diana.

Kate Middleton has paid tribute to her late mother-in-law Princess Diana, and reigning British monarch Queen Elizabeth II by wearing a special piece of jewelry to her grandfather-in-law Prince Philip‘s funeral on April 17. While attending the service at St. George’s Chapel in Windsor Castle, the Duchess of Cambridge wore a pearl necklace and a pair of earrings which belong to the Queen herself. The 39-year-old mother of three donned the Four Row Japanese Pearl Choker, and the Queen’s Bahrain Pearl Earrings for the somber occasion. 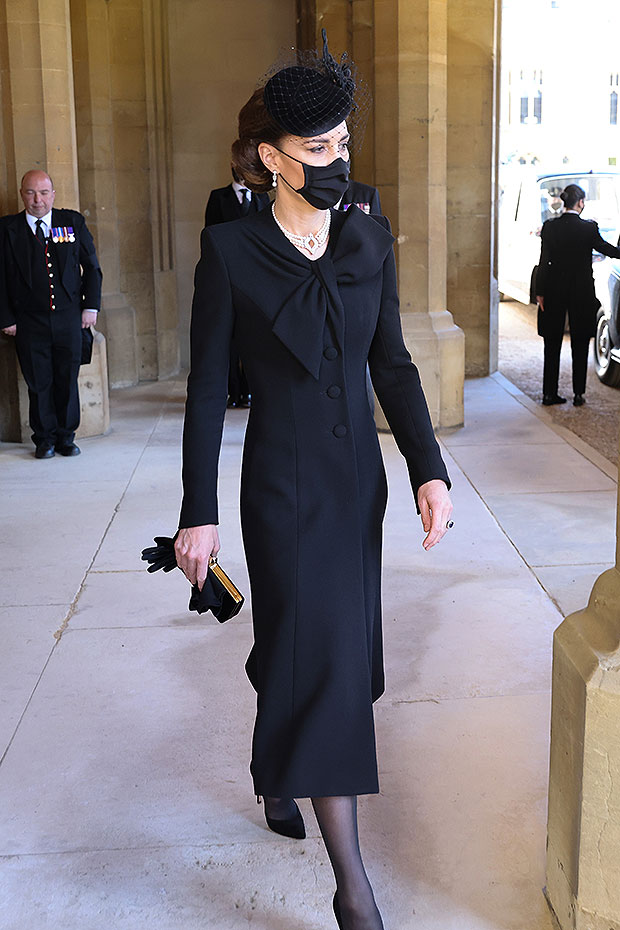 She previously wore the necklace at the celebration of the Queen and the Duke of Edinburgh’s 70th wedding anniversary in 2017. It was also loaned to the late Princess Diana, who was a big fan of pearls, for a banquet at Hampton Court Palace during the Dutch royal family’s visit to the U.K. The unique piece of jewelry was made from some of the finest cultured pearls, which were a gift from the Japanese government to Her Majesty.

The Queen wore the choker throughout the 1980s and 1990s, including to former Prime Minister Margaret Thatcher‘s 70th Birthday dinner. Meanwhile, Kate’s Bahrain earrings were gifted to her grandmother-in-law on her wedding day in 1947. They feature a large round diamond with a smaller, circular diamond hanging below it. Kate previously wore the silver earrings to a Remembrance Day service in 2016. 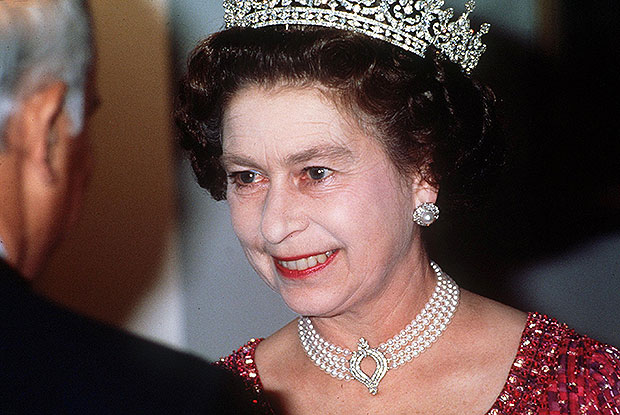 It was a somber day at Windsor Castle, as 30 of Philip’s closest family members said their final goodbyes. Kate’s husband Prince William were involved in the procession, as they walked behind the coffin of the Duke of Edinburgh. His father Prince Charles led family members in the eight-minute long procession, while the Queen travelled in the state Bentley at the back of the ceremonial procession and sat alone, amid social distancing guidelines.