Katie Holmes is “playing by her own rules” when it comes to her relationship with Emilio Vitolo Jr. The former Dawson’s Creek star and the 33-year-old chef have been inseparable since they publicly stepped out last month.

A source tells ET that Holmes, 41, and Vitolo are the real deal. “They adore each other and can’t get enough of one another,” says the source.

The source adds they are very compatible and completely on the same page. And while it may seem like the relationship is moving fast, Holmes and Vitolo have known each other for almost a year. They met in the fall of 2019, but didn’t start dating until this summer.

The source says this relationship is unlike any other Holmes ever been in. “In the past it seemed like Katie would sort of mold to her partners’ lifestyle,” says the source, “But with Emilio, Katie is so authentically herself.” 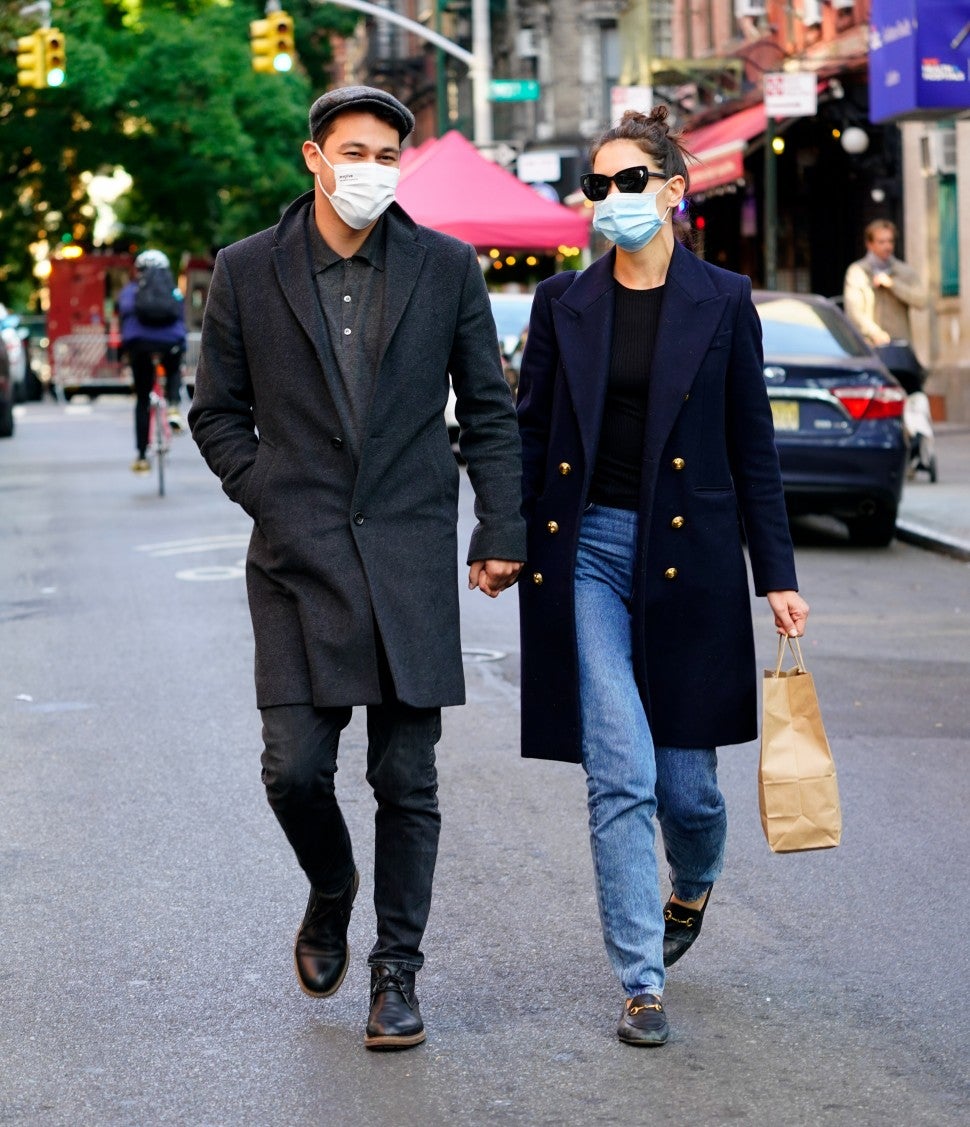 The couple are no strangers to PDA and ET’s source says that they don’t care what people think of them or who’s watching. When they’re together they’re in their own little world. “This is the real Katie and she’s playing by her own rules now,” the source shares. “They’re so happy.”

“One of Emilio’s most attractive attributes is his work ethic and ambition — his family restaurant is a huge priority for him, which is why they spend so much time at the restaurant,” the source notes, adding Vitolo was able to steal a few nights away recently so he and his lady love could enjoy a couple nights in upstate New York at a wellness retreat.

Holmes and Vitolo were first spotted together in early September. Shortly after the two were first photographed together, a source told ET that “Katie is like a teenager in love right now — he makes her giddy!”

This is the first time Holmes has been romantically linked to anyone following her split from Jamie Foxx in August of 2019. The former couple had a very private relationship and rarely made public appearances together.

For more on Holmes’ new beau, watch the video below.

Katie Holmes Spotted on a Date With Emilio Vitolo: Meet the NYC Restauranteur

From 2006 to 2007, Carrie Underwood dated Tony Romo. After they broke up, there were rumors that her song "Cowboy...