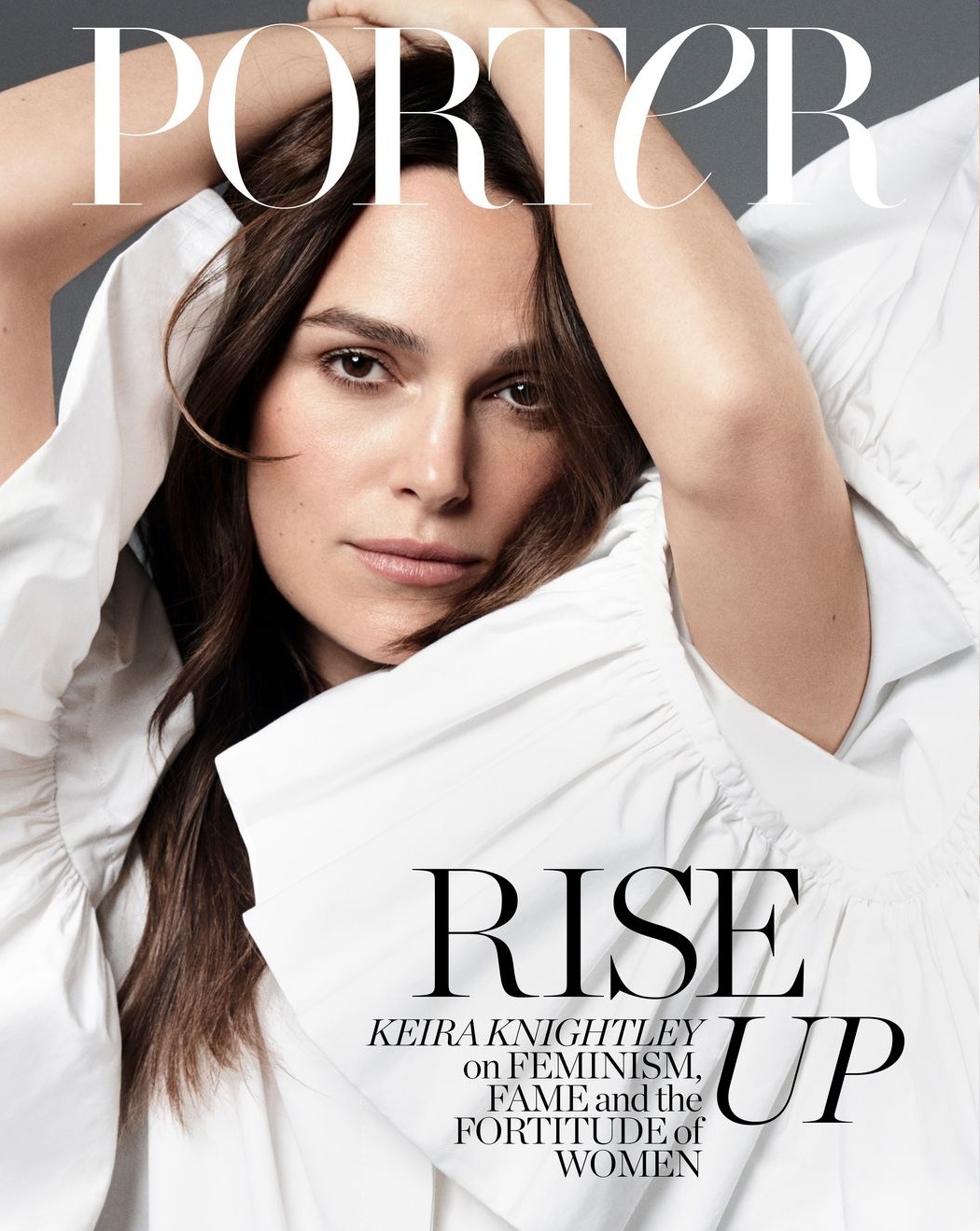 Keira Knightly covered a recent issue of Porter, net-a-porter’s in-house online magazine. She’s promoting Misbehaviour, the film based on the true story of the 1970 Miss World pageant, and how white feminists disrupted it. The film and story has more nuance than “white feminists rescued poor downtrodden beauty queens” though, and I worried that this promotional tour would be a little bit tone-deaf. I shouldn’t have worried though, Keira knows what’s up. You can read the full piece here. Some highlights:

Earning more money than her husband: “A lot of the time, my mum was earning more than my dad and that was never an issue. I mean, sometimes he earned more, sometimes she earned more. I was not raised to think that was anything other than normal.” She found it a shock, then, “coming into the world where there are actually articles saying how much [my partner] earned and how much I earned, because it’s newsworthy that a woman could possibly earn more. That’s what our national newspapers are telling girls – that you have to feel guilty about doing well if it’s making a man feel uncomfortable, which it doesn’t with my husband and it didn’t with my dad. But yet our society is telling us that’s what it should be.”

Her essay about what childbirth is really like: “I think it’s important to counter a single narrative. I don’t think you shouldn’t present the perfect side of [motherhood] because, every so often, you might have the perfect side of it and you should celebrate that. But the rest of it also exists. The first time round, I just felt that all I could see was this one narrative and it made me feel totally alone. And then after whispered conversations with other mothers, I realized this is actually about our lives and our experiences not being told fully. That’s where I had a problem with it.”

The story of Misbehaviour: “I read [the script] and thought, this is exactly what we’re still talking about; we’re talking about our space in the world, trying to do it with children, but also the intersectional racism that was part of it. I thought, this is an extraordinary story that doesn’t try to preach. It actually has the conversation.”

Men who care for their children: “It’s not expected that men should look after their children; it’s seen as a bonus. Even in the workplace, my husband is never asked about childcare, whereas that would be asked of me: ‘So what are you doing with the kids?’”

After she previously said her daughter wouldn’t see Disney-princess movies: “She’s watched them all now. When we watched Sleeping Beauty, she said, ‘It’s not OK that man kissed her without her permission!’ I can’t tell you how pleased I was. If I don’t do anything else, I’ve managed to drum that in!”

I remember those articles about how she made more money than her husband, and how he moved into her place and all of that. The British papers were always getting into Keira’s financial business back then. And yes, even now, I have to stop myself from going through that train of thought, that “oh, it must be so emasculating for him that his wife makes more money.” The issue is that I think some men – not all, maybe not even most – but some men do find it emasculating. That seems to be changing though. And LOL on her older daughter watching all of the Disney princess movies. I knew Keira wouldn’t be able to get away with that for much longer. Edie has probably watched all of them a million times already. 13 Aug 21
In 2005, Jason Segel decided to turn his sights back to the small screen during…
Celebrities
0