She played Emma Thompson’s daughter Daisy and impressed with her memorable line of being a ‘lobster in the school nativity’ play.

The comedian, 29, made the comments during an appearance on podcast Almost Famous, adding that she thinks the classic Christmas flick is a ‘s**t film’. 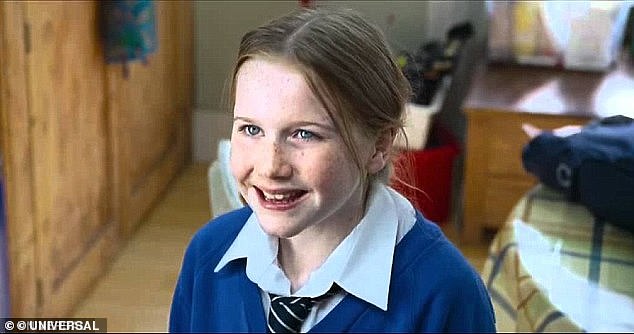 Not a fan: Child star Lulu Popplewell, who played Emma Thompson’s daughter Daisy in Love Actually, has slammed the hit movie for being ‘sexist, cheesy and s**t’

Speaking about her experience doing the film when she was 12-years-old, Lulu said: ‘I don’t regret it at all. Look, softly be it spoken I think it’s a s**t film.

‘I think it’s aged badly. All the women in it are sort of passive objects. I think that there was an article describing them as passive objects to be acquired.

‘On re-watching it’s not great. You also have to remember that he [Richard Curtis] was writing in the context of the time.

‘I mean I don’t know how he excuses more recent work. But it was in 2003 or whenever it was out. 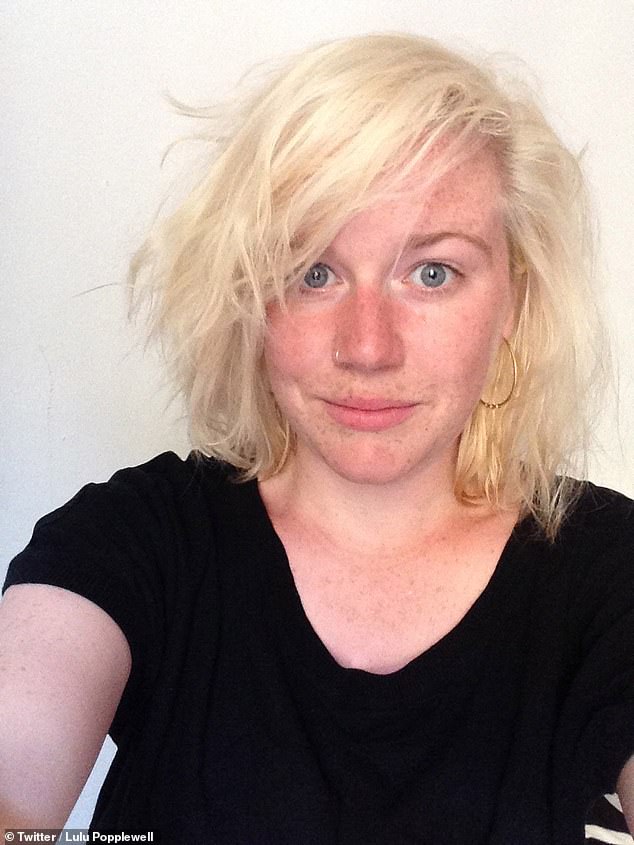 Opinion: The comedian, now 29, said she believes Love Actually has ‘aged badly’ with ‘all the women being passive objects’

‘But it is also not for me because I don’t like cheese. I’m glad people like it.’

Lulu also discussed meeting one of the films other stars, Hugh Grant, reminiscing that she found his unexpected greeting ‘really funny’.

She explained: ‘He said “oh god do I have to speak to her? I hate children”. Non-ironically. Which I thought was really funny.’

Lulu played schoolgirl Daisy, the daughter of Emma Thompson and Alan Rickman’s characters, in the film and was memorably cast as a lobster in her school nativity. 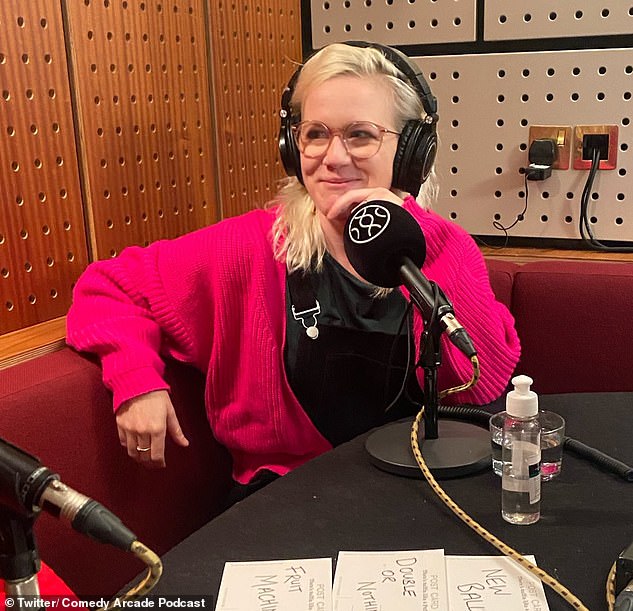 Child star: However, Lulu said she doesn’t regret doing the film when she was only 12 years old (pictured on the Comedy Arcade Podcast)

Now 29, the former child star is a writer and stand-up comedian.

Lulu has previously voiced the character of Lyra Belacqua in the BBC Radio 4 version of His Dark Materials, and her older sister is Anna Popplewell, 31, played Susan Pevensie in the Chronicles of Narnia films.

She also revealed a little more about how she and her siblings, including brother Freddie, 25, got into acting during her appearance on the Almost Famous podcast. 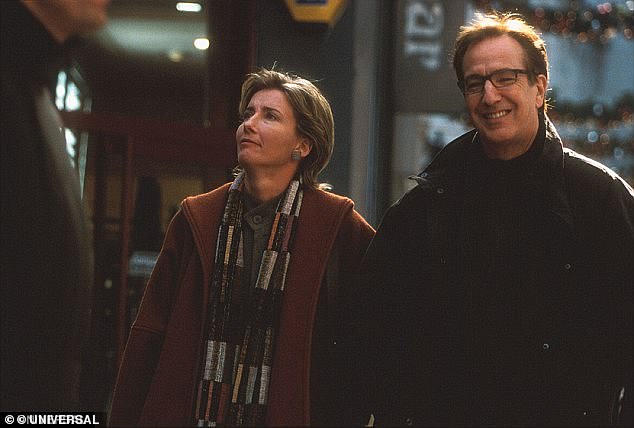 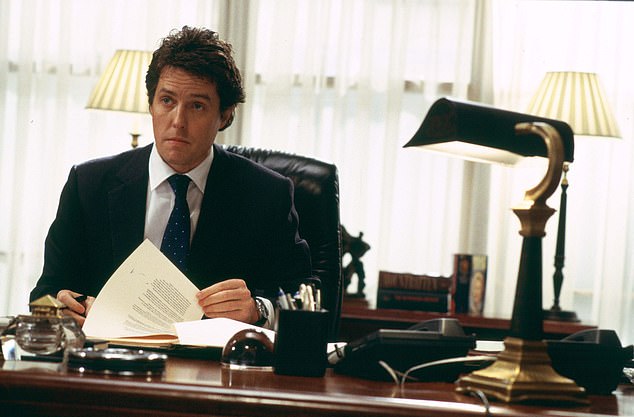 Funny: Lulu also claimed that Hugh Grant said he ‘hated children’ when introduced to her 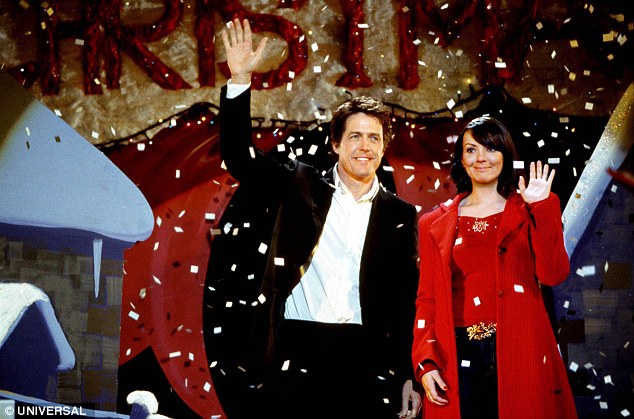 She told host Barnaby Slater that their parents did not want them to become actors and weren’t in the industry at all themselves.

Lulu said: ‘Our parents sent us to a drama club to help with confidence and public speaking and it completely backfired.’

Love Actually quickly became a hit after its release in 2003 and boasted a star-studded cast which also included Andrew Lincoln as Mark and Keira Knightley as Juliet.

While another child star who appeared in the film was Thomas Brodie-Sangster, who played grieving Liam Neeson’s stepson Sam. 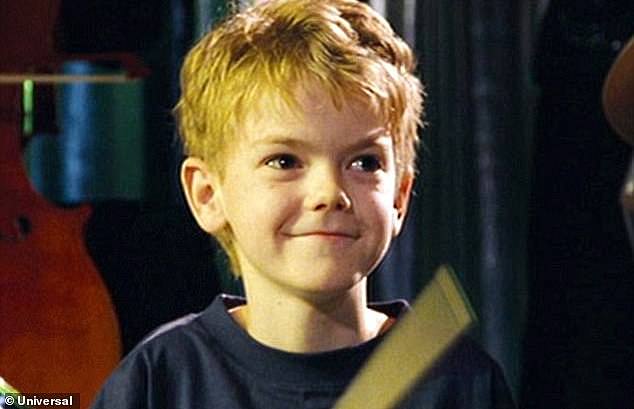 Fame: Thomas Brodie-Sangster was 12 when he filmed his role as lovesick Sam, opposite Liam Neeson as his stepdad in the hit flick 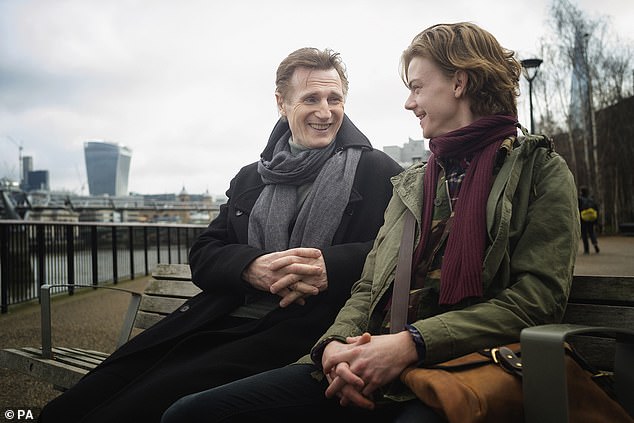 Reunion: Thomas and Liam got to catch up three years ago for a charity special (pictured together in 2017 for Red Nose Day Actually) 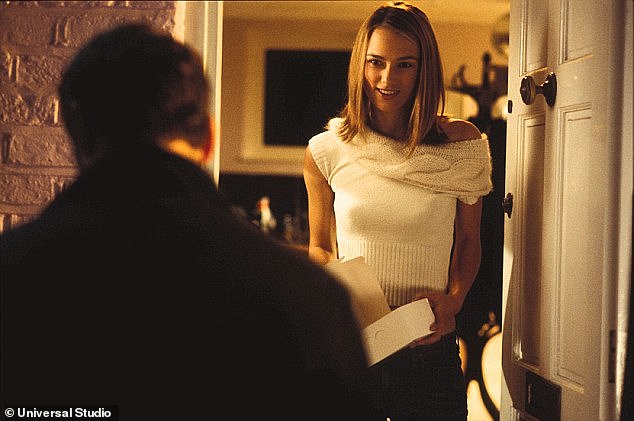 Love story: Keira Knightley played Juliet in the film and thought her husband’s best friend didn’t like her

And Love Actually has certainly stood the test of time, with dozens of references being made to the pop culture classic since.

In December 2019 Boris Johnson admitted he had never watched Love Actually after appearing in a campaign video inspired by the 2003 rom-com, although he said he was aware of ‘the general theme’.

The Tory leader also revealed he would seek to emulate the Prime Minister character played by Hugh Grant by ‘standing up to the United States’ on issues including the need to fight global warming.

Asked by Talk Radio host Julia Hartley-Brewer whether he’d actually watched the film, the PM said: ‘I’ve not seen all of it from beginning to end because I’m so busy, but I, I’m familiar with the basic concept and the fantastic work done by Hugh Grant.’ 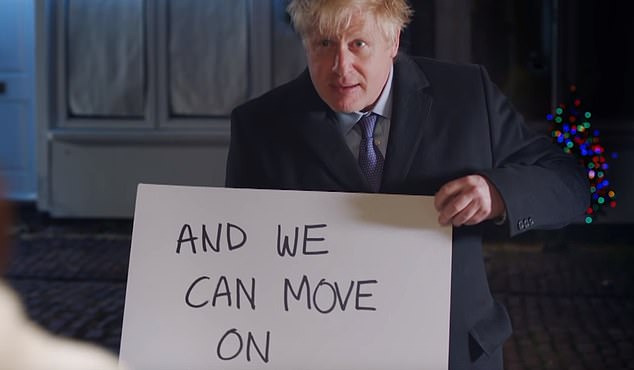 References: Prime Minister Boris Johnson appeared in a Conservative campaign video where he recreated a famous scene from Love Actually in December 2019