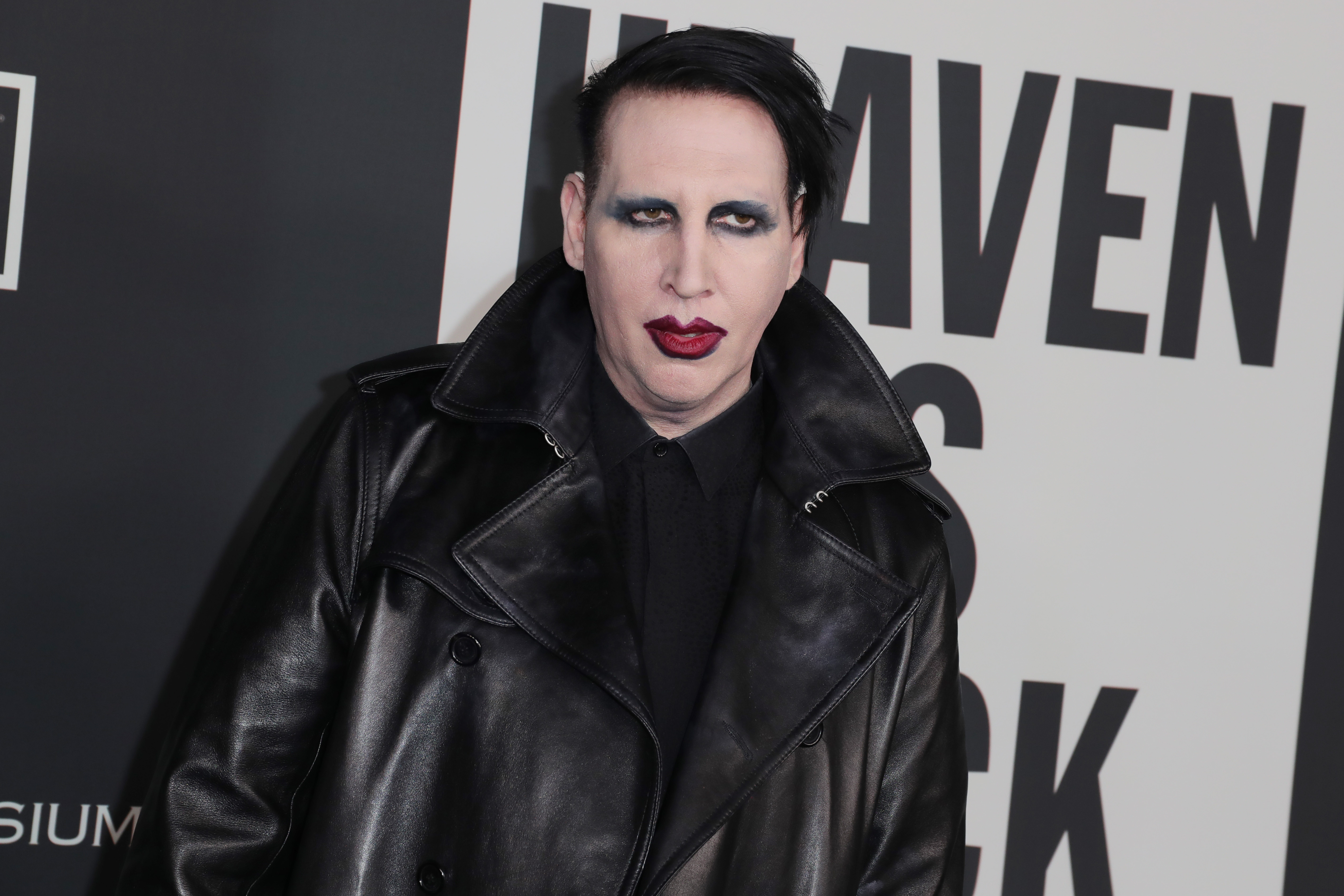 Marilyn Manson is being investigated by the LA County Sheriff’s Department after he was accused of abuse by various women, including his ex-partner Evan Rachel Wood.

The rocker – real name Brian Warner – has been accused of ‘horrific’ abuse by Wood and four other women. He has denied the claims.

‘The incidents occurred between 2009 and 2011 when Mr. Warner lived in the city of West Hollywood.

The allegations first came to light when Wood, who dated Manson for three years and was briefly engaged to him in 2010, spoke out in a social media post, writing: ‘The name of my abuser is Brian Warner, also known to the world as Marilyn Manson.

‘He started grooming me when I was a teenager and horrifically abused me for years. I was brainwashed and manipulated into submission.

‘I am done living in fear of retaliation, slander, or blackmail. I am here to expose this dangerous man and call out the many industries that have enabled him, before he ruins any more lives.

‘I stand with the many victims who will no longer be silent.’

Following her statement, Wood shared allegations from other women levelled at Manson, posting them to her Instagram Stories.

Echoing the claims of PTSD shared by the other women, Ashley Walters alleged on social media: ‘I continue to suffer from PTSD, and struggle with depression. I stayed in touch with quite a few people who went through their own traumas, under his control.

‘As we all struggled, as survivors do, to get on with our lives, I’d keep hearing stories disturbingly similar to our own experiences. It became clear the abuse he’s caused; he continues to inflict on so many and I cannot stand by and let this happen to others. Brian Warner needs to be held accountable.’

Among the accusations, the women allege Manson subjected them to sexual assault, psychological and physical abuse, as well as intimidation.

Manson denied the claims in his own post, describing Wood’s allegations as ‘horrible distortions of reality’.

In a statement shared on Instagram, he said: ‘Obviously, my art and my life have long been magnets for controversy, but these recent claims about me are horrible distortions of reality.

‘My intimate relationships have always been entirely consensual with like-minded partners. Regardless of how – and why – others are now choosing to misrepresent the past, that is the truth.’

Amid the allegations, the musician was dropped from his record label and US TV network Starz said Manson’s guest appearance in fantasy drama American Gods will be removed from an upcoming episode.