Stars are applauding Rep. Maxine Jordan for telling Rep. Jim Jordan to ‘shut your mouth’ as he tried to talk down Dr. Anthony Fauci at a COVID subcommittee hearing.

Even with a Democratic president in Joe Biden who supports him, Director of the U.S. National Institute of Allergy and Infectious Diseases Dr. Antothy Fauci is still taking heat from Republicans in Congress about COVID-19. During a Thurs. Apr. 15 House Coronavirus Crisis Subcommittee hearing, Rep. Maxine Waters (D-CA) had to jump in and tell Rep.Jim Jordan (R-OH) to “Shut your mouth” after he ranted at Dr. Fauci well after his allotted time expired. Video of the exchange with Waters shutting Jordan down has gone viral, with stars applauding the 82-year-old political veteran.

Jordan, 57, lit into Fauci by demanding to know exactly when the COVID-19 pandemic will end, when Americans will have their ‘liberties” back and when public health mandates such as mask wearing will finally be lifted. Fauci responded by telling Jordan it was a false equivalency. “You’re indicating liberty and freedom. I look at it as a public health measure to prevent people from dying and going to hospital,” Fauci told Jordan. The doctor the said American life will begin to return to normal as more and more people receive vaccinations. You can see the full exchange here, with Maxine jumping in at the 6:38 mark below, as well as the isolated soundbite:

Jim was eventually told his time had expired when Committee Chair Rep. James Clyburn, (D-SC) told him that people get their liberties back when 90 percent of the members of the U.S. Congress get vaccinated. Jim then turned and demanded answers from Dr. Fauci, ranting “when, what are the numbers?”

Fauci explained that with more people vaccinated, “level of those with the virus will come down and there will be more flexibility for doing the thing that you’re talking about.” Jordan again demanded, “At what number to we get our liberties back, tell me the number.” Maxine then shut him down hard, yelling “Your time expired sir. You need to respect the chair and shut your mouth!” after Clyburn interrupted Jordan to move the questioning along to another member of the committee. 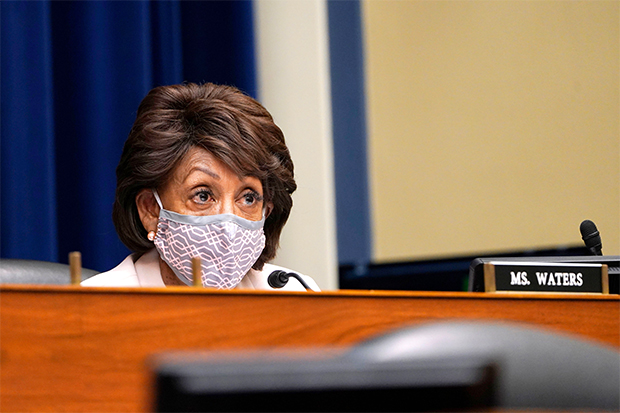 Washington Post contributor Holly Figueroa O’Reilly gushed, “Maxine Waters telling Jim Jordan to ‘shut your mouth’ is my new f**king ring tone,” while user @TheRealDWoo tweeted, “Everyone has a different standard for declaring a day a ‘Great Day’ Officially a Great Day, I mean I have my standard – you have yours. But, if it happens to be a day when Maxine Waters tells Jim Jordan to shut his mouth.” With Jordan’s reputation for rants and grandstanding, this probably won’t be the last time he pulls such a stunt in Congress. But Twitter users are hoping Maxine is there to shut him down once again next time he does!