Michael Strahan received the honor of a lifetime in Los Angeles on January 23 when his history-making star on the Hollywood Walk of Fame was unveiled, and he had quite the support group by his side, including his rarely-seen girlfriend.

The star and his partner, Kayla Quick, have reportedly been together since 2015, though they have kept their relationship largely out of the spotlight.

Still, the two made an exception for his special day, and posed for pictures after his star, the first to be dedicated to the Sports Entertainment category, was revealed.

Though private, Michael and Kayla took a moment to pose for some pictures together, and in the photos, the couple beam at one another and share a kiss; she wore a pleated, full-length white dress under a camel coat, while he opted for a navy tartan suit. 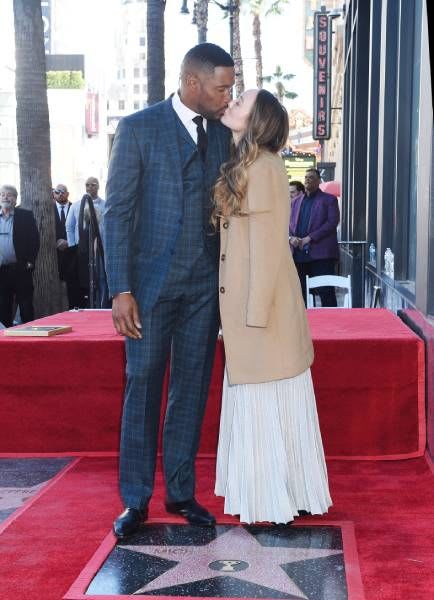 Kayla, who is thirty-three, founded and currently runs Fizzness, a beauty-based wellness brand which sells single-packet powdered drinks meant to deliver “a daily dose of energy and beauty with antioxidants and adaptogens,” according to her website.

MORE: Salma Hayek’s sultry bathtub photo might be her most stunning yet

MORE: Gwen Stefani shares happy news she had to ‘hold in for so long’ amid pregnancy rumors

Though she doesn’t appear to have her own social media accounts, she makes occasional appearances on her business’ Instagram page to promote the wellness drinks. 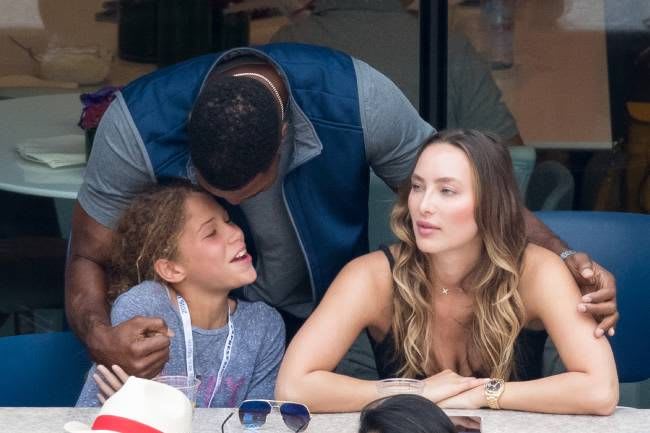 The business owner appears to get along with his kids

She seldomly appears on Michael’s social media, though Kayla popped up in a Christmas 2021 post, in which the couple posed clad in matching pajamas next to three of his four kids.

The morning show host and former football star was previously married to Wanda Hutchins from 1992 to 1996, and to Jean Muggli from 1999 to 2006.