Who plays Princess Anne in The Crown?

Spreading awareness. Morgan Stewart took to social media to share a recent health struggle that she wants more new mothers to be aware of.

“For the past 9 weeks, I have felt completely off. At first, it was little things I started to notice,” Stewart, 33, wrote via Instagram Stories on Wednesday, July 9. “I was dizzy if I stood up too fast, my calves were especially tight and my right eyes always felt slightly tense.”

Stewart explained that she thought feeling tired and sluggish might have been for post-pregnancy reasons. Since she wasn’t having “any feelings of depression or resistance toward Row or my husband,” she didn’t pay too much attention to her symptoms at the time. 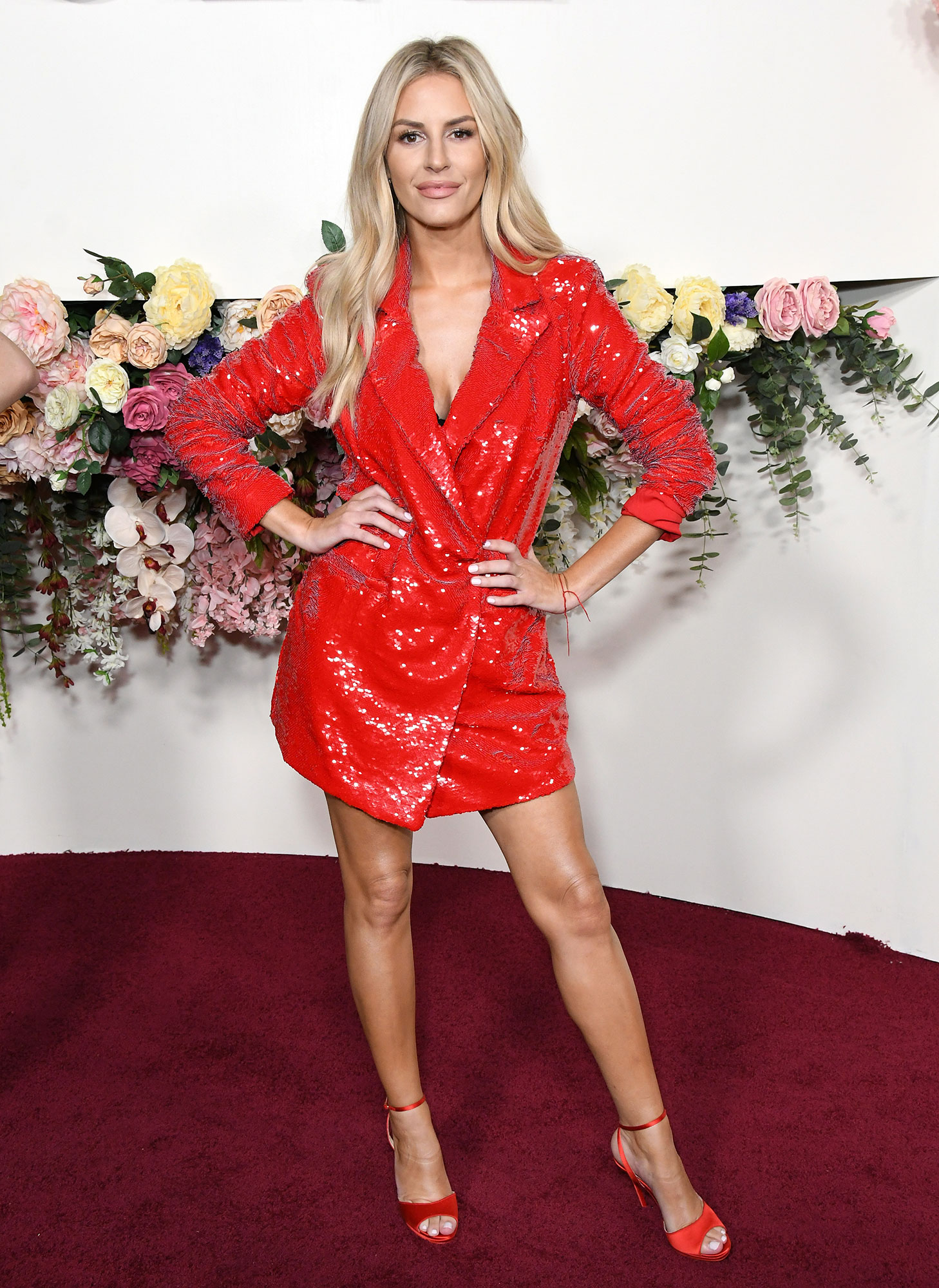 “I just figured this was my new ‘normal’ and my new ‘groove’ with a newborn,” she added.

But two weeks later, the Daily Pop host started to “totally fade away,” following a dizzy spell that caused her to panic.

“I felt like I had become very small in my own body and was no longer in control of it,” she revealed about the scary incident. “We figured it was just a weird fluke due to me being a few weeks postpartum.”

Stewart, who welcomed daughter Row with husband Jordan McGraw in February, continued to push away concerns about her health following the incident and went on to have another scare while she was driving in May.

“My entire right arm began to go numb and I once again felt myself fade away from myself, but way more intensely. I was terrified” she said, detailing the incident that caused her to pull over. “My arm was not functioning. It felt heavy to pick up, almost like it belonged to somebody else.” 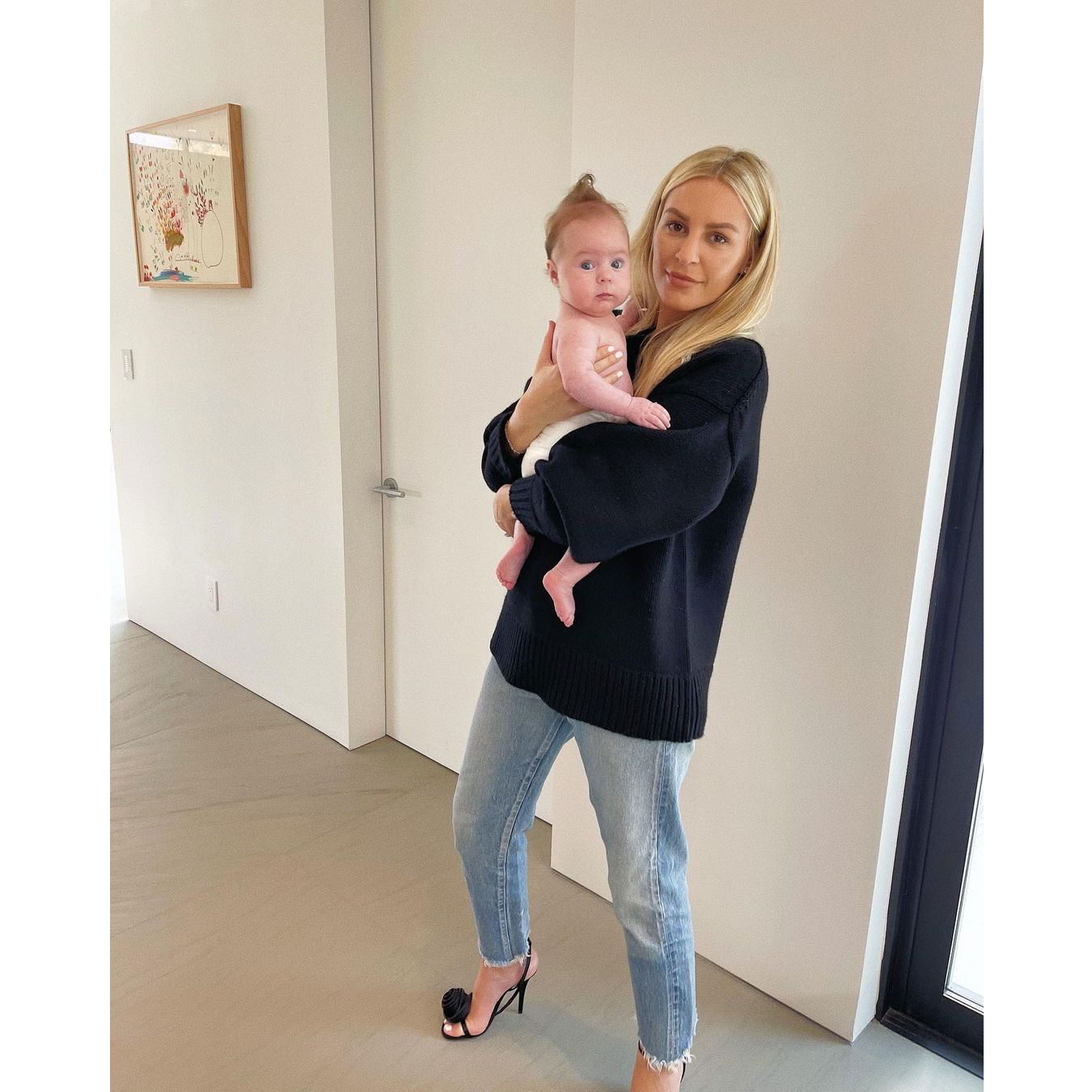 While McGraw, 34, managed to help Stewart, she wasn’t able to shake the symptoms that day.

“I became more and more incoherent. I was no longer speaking proper English or able to communicate efficiently,” she clarified in the post. “I was just lost in panic and uncertainty.”

While the Rich Kids of Beverly Hills alum was looked over by a doctor, the incident was deemed a “weird fluke caused by hormones and maybe low blood sugar.” The talk show host revealed that the incidents only got worse, which is when she decided to get blood work done to see what was going on.

Stewart returned to work at E! while she waited for her test results, but she ended up battling more symptoms while on-air. Luckily that same day, Stewart’s doctor was able to give her an update on what her body was dealing with.

“My thyroid is so off the charts in overdrive, it’s basically in outer space. Thyrotoxic was the term she used to describe it,” Stewart clarified. “We immediately went to her office, and she explained that it could be one of three things: a nodule on my thyroid, Graves’ disease or sub-acute thyroiditis (all things that can be triggered by pregnancy).”

Stewart confirmed that she had not returned back to work yet because she was resting while waiting for a final diagnosis. She also shared that she has had to take “half a .25 Xanax” to be able to get through the day.

The California native concluded the post by reminding mothers not to ignore when their body is going through something strange.

“If you’re feeling off please don’t wait as long as I did to get things checked out, especially if you’re a new mama,” she wrote.