Prince William, 40, and Kate Middleton, 40, have been captured in their first official joint portrait, but not everyone is a fan of the work, painted by award-winning British portrait artist Jamie Coreth. Despite criticism over the portrait, The Apprentice’s Karren Brady, 53, has concluded that “it is stunning”.

The Duke and Duchess of Cambridge were painted with their arms tenderly wrapped around one another while looking wistfully into the distance.

Kate can be seen wearing a dazzling emerald gown, designed by The Vampire’s Wife, which royal fans will remember her debuting in Dublin in March 2020.

The future king of England, meanwhile, opted to be immortalised a dapper suit with a blue tie.

However, some fans have concurred that the portrait appears “odd”. 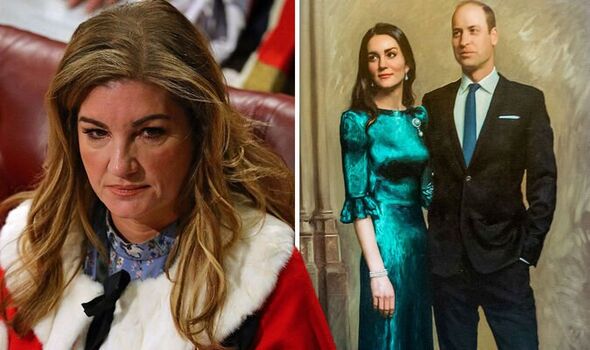 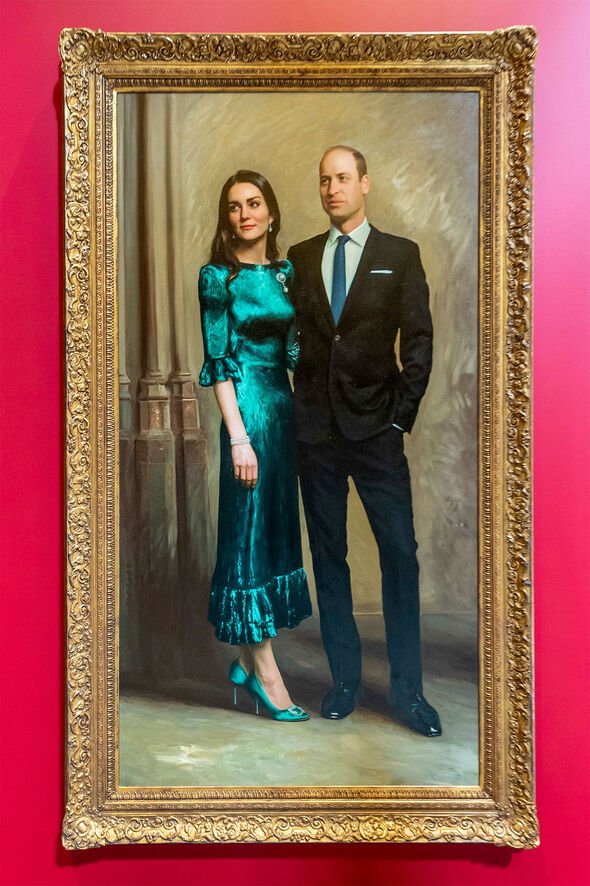 Some even compared the painting to “a wax figure from Madame Tussauds”.

One Twitter user, Lord Peckham, penned: “Looks like it’s been shopped onto the background, awful expressions, just altogether awful, but then their choice of photography illustrating their children is equally awful, such a shame.”

Mattdeedee1 was divided over the portrait, praising Kate’s portrayal, but not William’s, as he tweeted: “splendid rendition of Kate… Wills looks a bit too much of a geezer…”

Eyes On Fox agreed: “Not sure the artist is fond of William.” 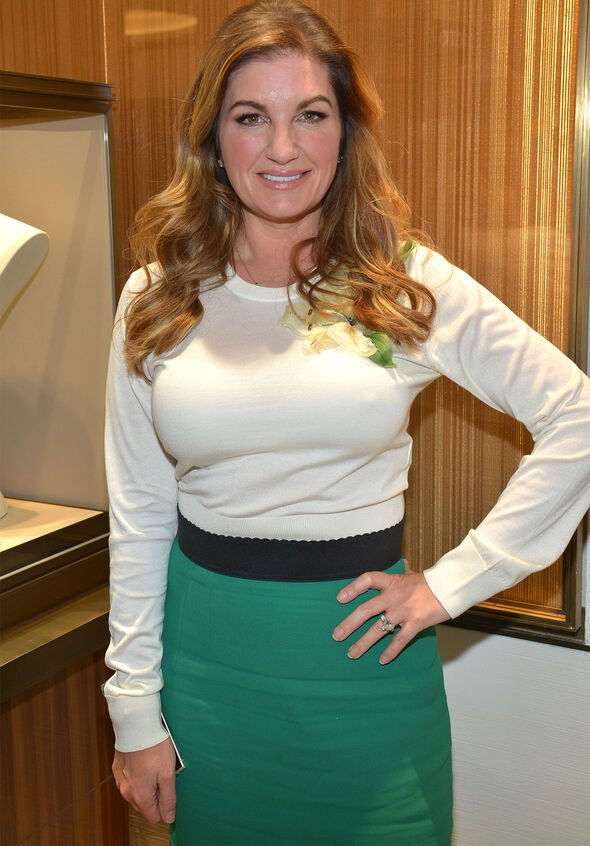 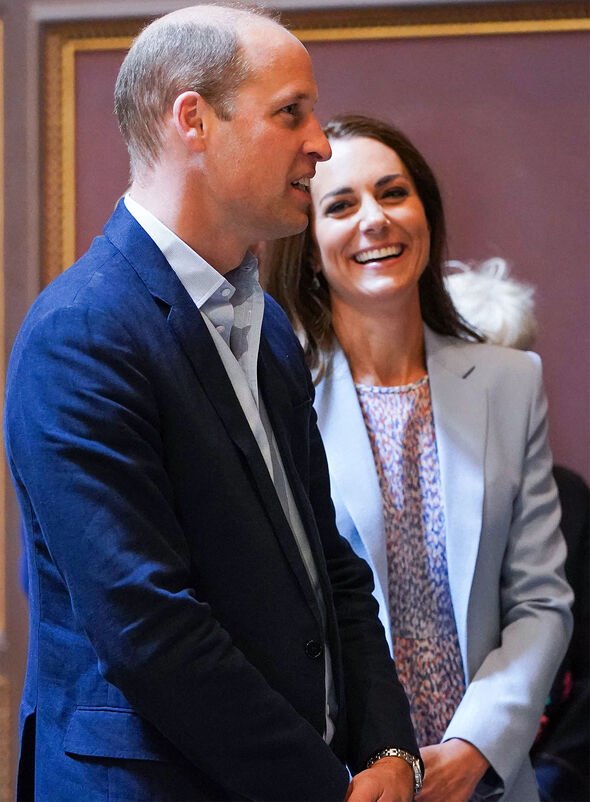 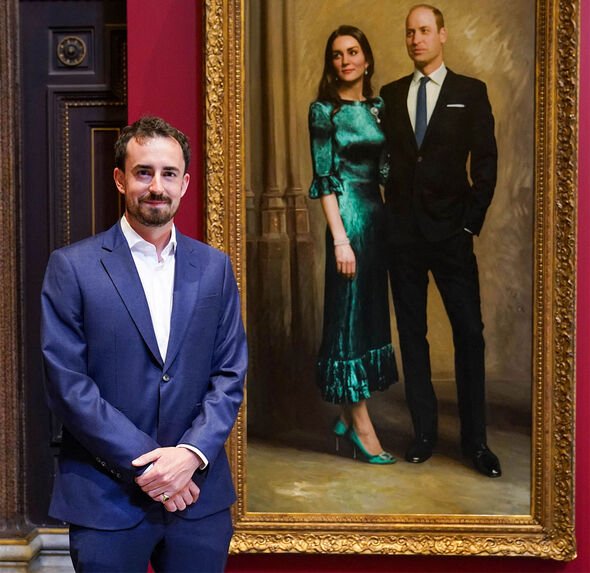 Art critic AN Wilson also scathingly wrote in the Daily Mail: “Kate looks like a ‘strangely boring doll’ as the portrait doesn’t show her ‘inner magic’.

“The real Duchess of Cambridge cheers everyone up with her radiant smile.

“However the figure in this painting is wistful, slightly petulant and actually unrecognisable as Our Kate.”

Karren, on the other hand, was full of praise for the artist’s work, writing in her latest column for The Sun: “Although not everyone agrees, I think it is stunning.”

The businesswoman continued: “Painted by award-winning British portrait artist Jamie Coreth, it is so true to life that it almost looks like a photograph.

“I also love the fact that Kate is wearing a Vampire’s Wife dress, which really captures her modern style.”

Contradicting complaints about Kate and William’s facial expressions in the portrait, Karren gushed: “She is amazing and they look very happy together.

“Here is a portrait that really captures them, their closeness – and their star quality.”

The joint portrait will be on display at the Fitzwilliam Museum for the public to view.

The painting will later be loaned to the National Portrait Gallery in 2023 to mark the gallery’s reopening. 23 Sep 20
Carole Baskin is being sued by her missing husband, Don Lewis', family for defamation. According…
Celebrities
0

23 Jan 20
Is there another Kardashian baby on the way? That is what fans are now trying…
Celebrities
0