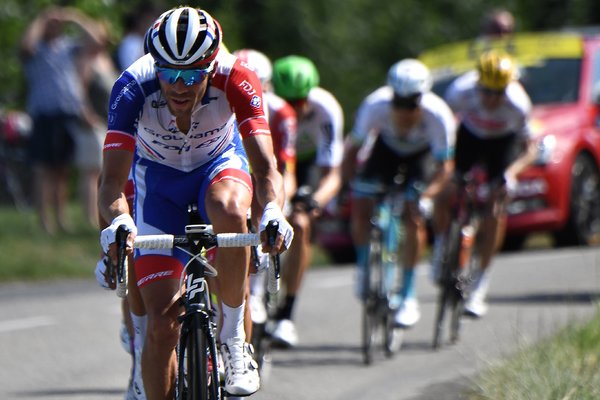 I was late, oh so late, and my car’s GPS had expired in the midst of remote vineyards and stands of cypress and golden fields of humanoid looking sunflowers. So this American hurtled down medieval farm roads making wrong turns after wrong turns until, miracle sacre, I suddenly found myself at Hotel La Reserve, a handsome country hotel with manicured grounds and a glittering swimming pool. Attractive if anxious looking young men and women parted and at their center, sitting on a white couch, was poor Thibaut Pinot, the great hope to capture this tour for France.

Tragedy had befallen him a day early. The Tour de France peloton, the amoeba-like mass of more than 100 cyclists who ride fast and hip to hip came to a ubiquitous roundabout and Pinot and his team made the split second decision to go left instead of right.

That exposed all to cutting cross winds. He fell dozens of seconds off the pace, and that might as well have been two hours.

Pinot cannot bring himself to say much at this news conference. So his manager Marc Madiot, who had a great mane of white hair and a defiant jut to his chin, commanded the couch like a captain on his poop deck. As my French comprises a bouillabaisse of nouns and verbs, and conjugations that too rarely align, I understood little other than his many recitations of jamais! as in never give up, never surrender, never.

Afterward I sidled up to him and asked to have a few words in English. Madiot studied me wreathed in a truly fine sneer and said: “En francais! Seulement!” In French, only.

I was hungry and tired and feared my inner New Yorker coming on, seulement. Our country has enough diplomatic problems in Europe these days I nodded and returned to those medieval roads.

So it goes in the Tour de France, that grandest of the world’s cycling races, a 2,162-mile pell-mell journey from the cobbled streets of Belgium across much fought-over Alsace-Lorraine to the scorching hills of the Côte d’Azur to the thoroughly humbling climbs of 5,000 and 6,000 feet in the Pyrenees and Alps and finally three weeks on down the Champs L’Eysee in Paris.

I had parachuted into the race seven days on, which was like nosing your canoe into class-four rapids. All was intensity and movement. I caught up with the cyclists as they cut across the Massif Central a austere region of extinct volcanoes and lonely forests and white-tailed hawks soaring above chalky gorges.

I found my way to Lacalm, a 185-person medieval hamlet that sits at 3,694 feet, the highest point of the race this day. As half the roads in the region blocked off to traffic, I had traveled ever more remote roads, country lanes where you eyed oncoming drivers coming fast and tried to decide which of you would roll onto the grass to le the other pass.

As my belief in reincarnation is less than firm, I deferred.

Downtown Lacalm had a few dozen medieval homes, a shop or four and old bikes decorated merrily with paper carnations. A vast wrought iron crucifix with a writhing alabaster Jesus loomed over the town, which felt metaphorically appropriate given the imminent appearance of grimacing lung seared cyclists.

Up the road we heard was a great roar – un ruggissement! – and I craned my neck looking for riders. Non. It was the carnival that traveled across France with these riders, a collection of caterwauling, beeping knock offs of Thanksgiving Day floats, sponsored by fried chicken and an optician chains, sausage brands and an amusement park and Disney and every one moved at high even alarming rates of speed. Men road stationary bikes atop these wobbling floats, and helpers sat in the cabs and tossed key chains and sun visors and the odd candy and paper at the feet of spectators. I got winged by a tchotchke for a medical service.

An older gentleman in camouflage pants and a beret came to a sliding stop at my feet as if he were a denizen of Fenway Park on the scent of a home run. He stood up holding a sun visor, which he waggled triumphantly at his wife, who sat by her flower boxes and looked pleased with her husband’s work.

The floats weaved on down the road, the cyclists still an hour back.

The race this day stretched 136 miles and came to an end in Albi, a handsome medieval city on the river Tarn. A horde of cyclists sprinted in after 5 p.m., down a shaded avenue of molting plane trees, the crowds six, seven deep, waving flags, loosening whistles, and raising glasses of wine and beers.

Earlier this same Pinot made his fateful decision to go left rather than right, and he was disconsolate as he rolled to a stop, enfolded by sweaty television crews.

Two of his team’s soigneurs (caretakers) sprinted over with bottle of water and a towel for Pinot, trying to wipe him down. Each team also has cyclists whose job it is to serve and sacrifice for the alpha cyclist with the best chance to win the tour; they are known as domestiques. Cycling terminology can be curiously upstairs-downstairs for what is at its core a working class sport.

What, reporters asked in four different languages at once, happened out there?

Pinot shrugged and began to peddle away. “What do you want me to say? It was a [bleep] day.”

It is these vagaries, the unexpected roundabout, the too merry man waving a wine glass mid-road, the great green umbrella that was upended by the wind on an earlier day and landed in the middle of the peloton like Mary Poppins on LSD, that make this race so maddening and dangerous and yes, enjoyable. There is also the ever-present and always unspoken shadow of doping, a generational elixir for cyclists that just might be a touch rarer today.

Early the next morning I wandered over to the CCC team bus. The customized buses for these multimillion dollar cycling teams roll in each day like an armada of Man of War battleships. I fell into conversation with Jim Ochowicz, the president of that team and a veteran of many biking wars. He spoke of France, where the passion for cycling edges into religious passion.

“This is the Super Bowl,” he said, but with a difference. Football fields are 100 yards long with every detail controlled and manicured to the manic-obsessive inch.

“Our venue is every road in France and each year the route is different,” he said. “If they are doing road work, if there is a pothole, you have a split second to deal with it.”

A bit of math: Over the 3,481 kilometers of the 2019 Tour, there are 3,576 ‘obstacles’: 404 roundabouts, 308 sections that narrow precipitously, 28 hairpin turns and 334 speed bumps, not to mention rail crossings and drunks. It adds up, Velonews.com noted, to one bone rattling distraction per kilometer.

As we spoke cyclists glided effortlessly in and out of the crowds, like so many serene goldfish in a bowl. Imperceptibly at first a tension built and I said goodbye and moved with a herd of reporters down the road, following the bikes. Bands played, townspeople wave roared again and there was a bang and the peloton began to move out of Albi, the temperatures already in the mid-80s and with more than 100 miles of peddling ahead.

I ran to my car, trying to remember enough fractured French to work my way around those gendarmes manning the security barriers and then on to Toulouse. 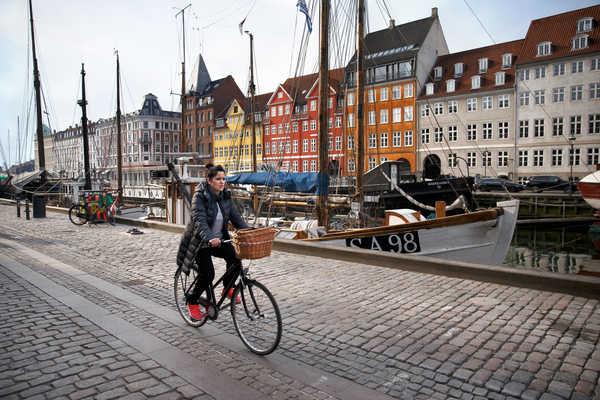 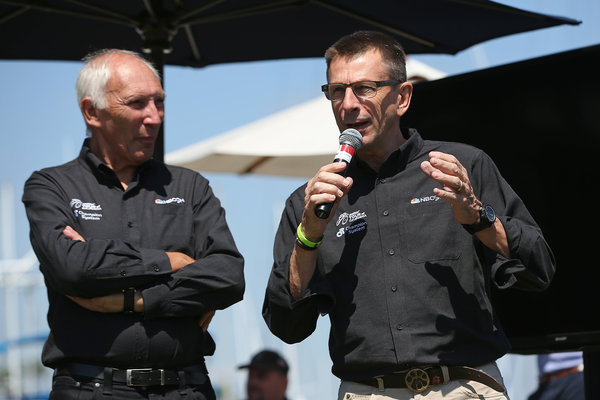 Michael Powell is the Sports of The Times columnist. A native New Yorker, he joined The Times in 2007. He was part of teams that have won a Polk Award and a Pulitzer Prize. @powellnyt 20 Dec 21
Lauren Goodger is looking forward to her first Christmas with her baby Larose, who is…
Celebrities
0

12 Apr 22
Over the weekend, the Daily Mirror had an “exclusive” about how the Duchess of Sussex…
Celebrities
0