Pride on the outside! Actress Dove Cameron is celebrating Pride month publicly for the first time since coming out as bisexual, and she explained that the experience is far different from when she was out to only her inner circle.

“This is going to be my first Pride Month, like, really, really out. My friend texted me the other day and was like, ‘This month is for you,’ and I was like, ‘Oh… wow,’” the Descendants star, 25, told Entertainment Tonight on Monday, June 7. “There’s a lot of emotion around my coming out that I didn’t really anticipate because I’ve always been out in my private life.” 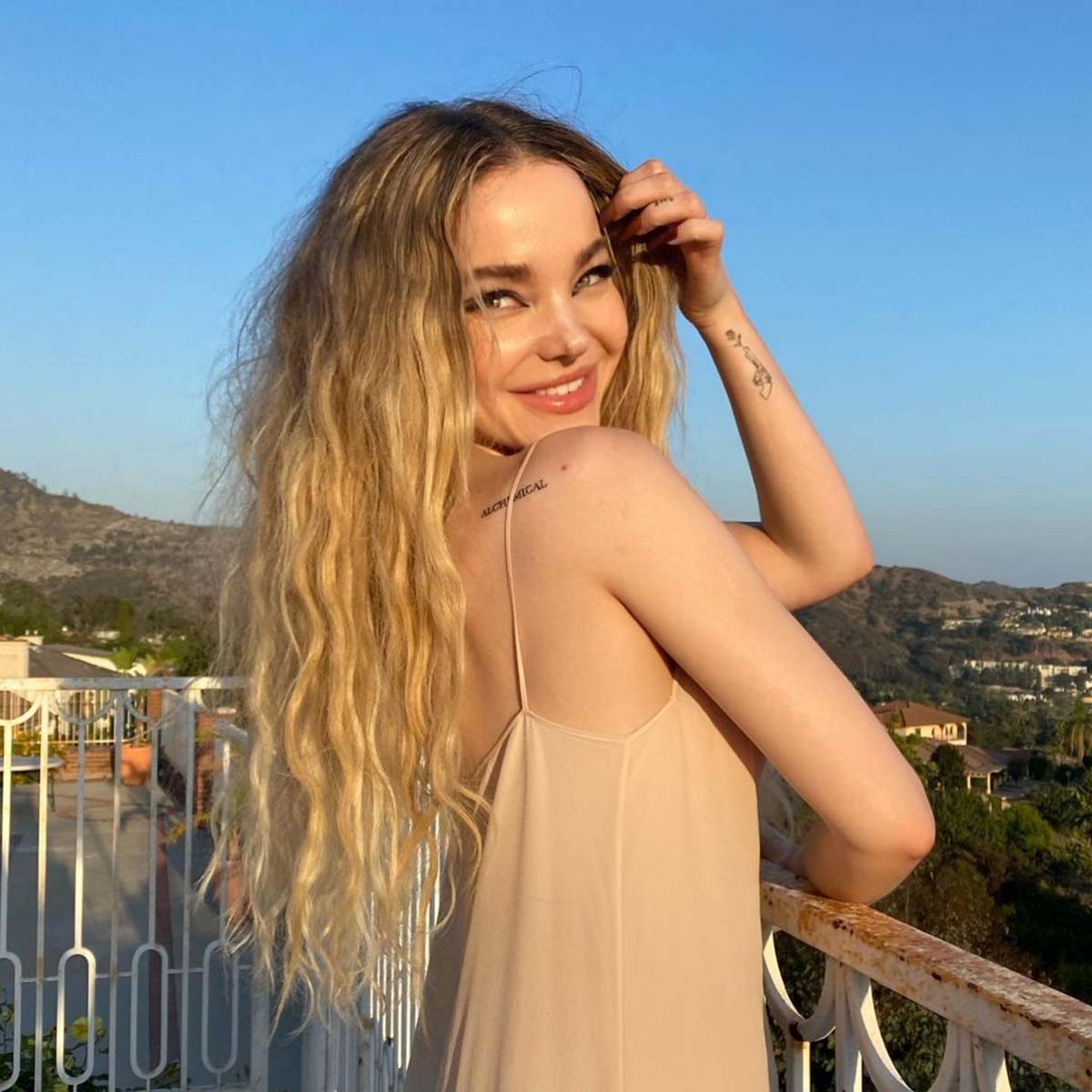 The “LazyBaby” singer said she remembers being as young as 8 when she first discussed her sexuality with her mother. She publicly came out as bisexual in 2020 on an Instagram Live, but it seems many people didn’t get the message until she was on the cover of Gay Times, released May 28.

“When I came out a year ago, I really thought that was going to be it. I thought I had said it and I thought everybody just knew … Then when the Gay Times cover came out … I was shocked with how many people were shocked,” the Marvel’s Agents of S.H.I.E.L.D. actress said.

In the magazine, Cameron explained that she finally felt the entertainment industry wouldn’t ostracize her for not being straight. “I hope it helps, that’s why I came out,” she said in the spring cover story. “It felt like something that I could never talk about. I feel like the industry has changed a lot in terms of having room for people with platforms to be human and not to be picked apart.”

Since the issue hit newsstands, Cameron, who was previously in long term relationships with actors Ryan McCartan and Thomas Doherty, revealed that people have been overwhelmingly positive, which includes wishing her a happy Pride, a big change from years where she was seen as a straight person.

“I feel different being out and having people say things like that to me, like, ‘Happy Pride Month.’ I’m like, ‘Oh, thank you. Thanks,’” the Disney Channel alum told ET. “I’m usually the one wishing happy Pride Month and counting myself like an ally. So yeah, it’s special.”

Though the star of the upcoming live action Powerpuff Girls TV show doesn’t have plans yet for the special month, she intends to find a way to celebrate her identity in June. “It’s special. I need to figure out what I’m going to do,” she concluded.