Good Morning Britain presenter Piers Morgan, 53, shared a clip of Boris Johnson, 55, reacting to Stormzy’s set, after the latter sang his hit Vossi Bop, which includes the lyrics “F**k the Government and F**k Boris.” During the run up to the phrase in his song, Stormzy paused as the crowd chanted the lyrics about Boris instead. Boris was later quizzed about the rapper’s performance during an interview with Press Association. He said: “I want to pay a tribute to Stormzy. I’m a great enthusiast and admirer of Stormzy’s work.

“I think he is one of the great lyricists and poets of our time.”

He then jokingly said he would like to “thank” Stormzy for his endorsement and claimed the rapper’s lyric is actually “Back Boris”.

“Back Boris is what I think he said. There may have been some problem with the acoustic that caused him to be briefly misunderstood.

“But Stormzy seems to be thoroughly on message,” the Tory leadership hopeful added.

Piers shared the clip in view of his 6.69 million followers with the caption: “Well played @BorisJohnson,” followed by a crying with laughter emoji.

Ahead of this, the presenter shared another video of the moment Stormzy sang the lyrics about Boris.

He captioned the clip: “Amazing! 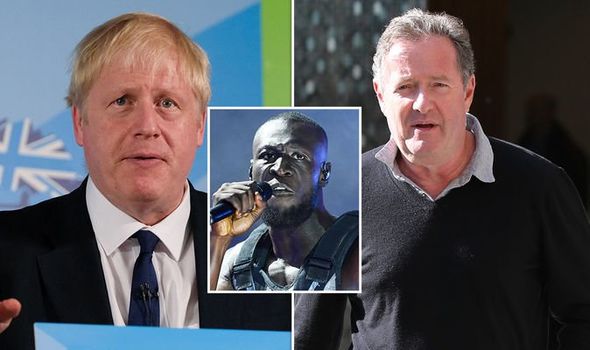 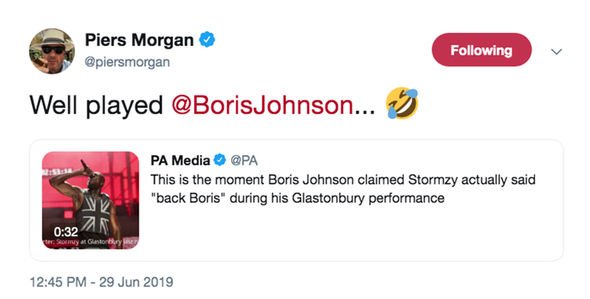 “Takes a rare genius to get a bunch of howlingly woke doped-up lefties who treated [Jeremy] Corbyn like the Messiah to abuse a Tory.”

Stormzy made history at the UK’s biggest festival as the first black British solo artist to headline the iconic Pyramid stage since it’s inception in 1970.

The grime artist’s set was praised by the likes of Labour leader Jeremy Corbyn, as well as musicians Adele and Ed Sheehan.

Elsewhere, Piers reacted to the news of his co-star Ben Shephard leaving one of his long-serving roles yesterday.

Ben, who regularly presents Good Morning Britain, alongside Piers stepped down from his role on Goals On Sunday after nine years on the show.

The presenter released a statement on Twitter to confirm the news and later told The Mirror his reasons for leaving. 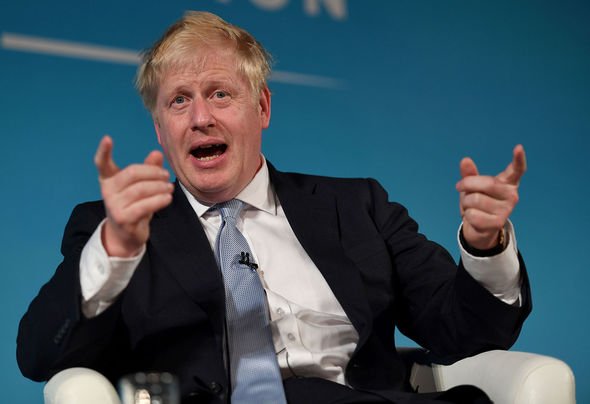 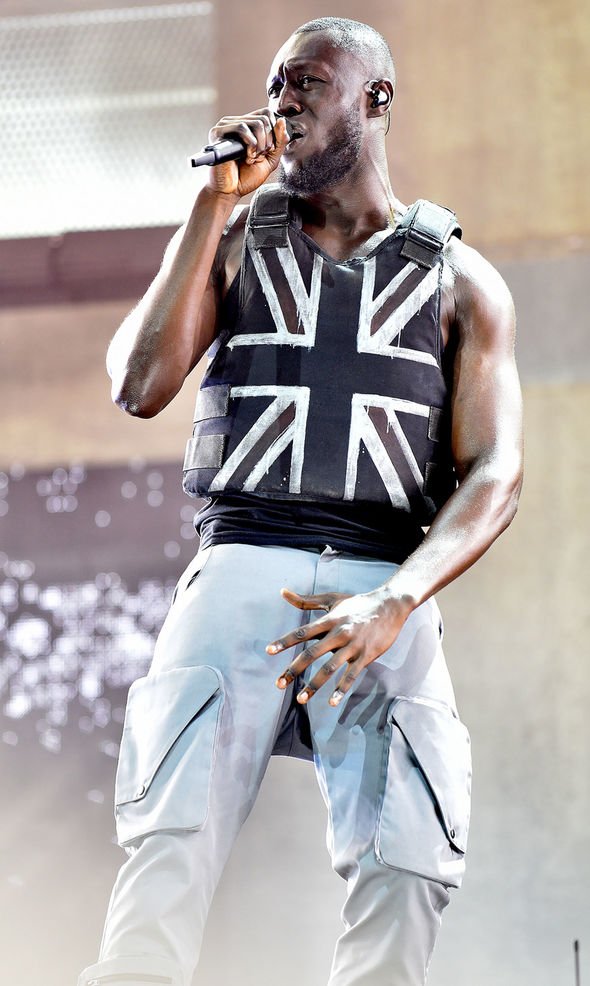 Ben who shares sons Jack, 14, and Sam, 12, with his wife Anna Perks, said the couple’s teenagers are “at an age when they need me around”.

He told the publication: “Now they’re teenagers, Sam is taller than me and Jack is not far behind, which I’m trying to come to terms with.

“They’re consumed by school work all week, the weekend is the only time I can spend with them.

“Jack got upset recently because I haven’t been able to go to his cricket matches.”

Ben added he “reassured” his son “it would soon be over”.

Good Morning Britain airs weekdays from 6.30am on ITV.