How old is Barack Obama and what is his star sign?

Where is A Country Life For Half The Price filmed?

What is the Best 'Star Wars' Movie? The Runner-Up in Our Poll Might Surprise You

Ree Drummond showed off her slimmed-down look in a teaser for the Food Network’s upcoming broadcast of her daughter Alex’s May 1 wedding.

Ree Drummond, 52, made for the most beautiful mother of the bride at her daughter Alex‘s wedding on May 1. The Pioneer Woman star showed off her incredible 38-lb. weight loss (which has since gone up to 43 lbs!) in a sneak peek of the Food Network’s special on Alex’s wedding to Mauricio Scott, which took place at the Drummond family’s ranch in Oklahoma. Ree has previously stated that the big wedding was what motivated her to drop the weight she’d gained over the last three years. She shared the teaser on Instagram on Wednesday (June 23), while the full special airs on Saturday (June 26).

The sneak peek shows the entire Drummond family preparing for the outdoor wedding. “Lots of behind-the-scenes wedding fun, wedding drama and a few happy tears too ❤️,” Ree wrote in the Instagram caption of the video. “It’ll be fun to experience it all while wearing jeans and no Spanx!❤️.” For the special occasion, Ree wore a blue and white dress, which perfectly fit her slimmed down body. Her husband Ladd, 52, and their kids Todd, 17, Bryce, 18, Jamar, 18, and Paige, 21, were all in attendance to witness Alex, 23, say “I do.”

Ree announced her major weight loss on May 17, over two weeks after the wedding. In a TikTok video, Ree explained that she embarked on a fitness journey at the start of 2021 after she gained weight during the COVID-19 pandemic. “Starting in January, I decided to get busy and lose some weight. No gimmicks at all,” she revealed. Instead, Ree employed three methods to drop the weight: “I just cut calories, exercised more, lifted a lot of weights.” Ree added, “I look better but I feel so much better and that’s what really counts.” She also included a “before” photo in the TikTok video, as she posed by the throwback picture looking gorgeous in a flowy purple top and jeans. 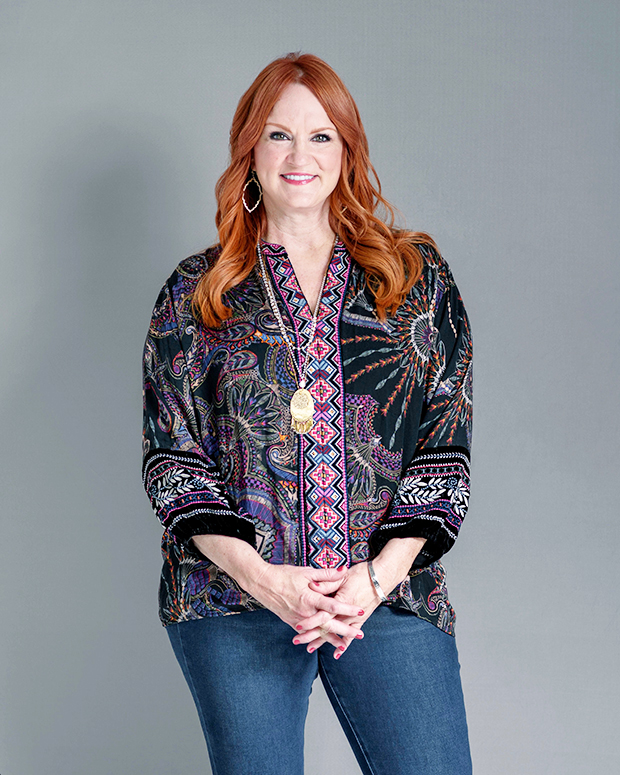 Ree’s weight-loss accomplishment led to many of her fans asking questions about how she did it, and so the celebrity chef wrote a lengthy blog post on June 15 to divulge her secrets. In the post, Ree confirmed she had now lost 43 lbs. and said that she was dedicated to losing the weight for Alex’s wedding. To pull it off, Ree said she focused on “eating fewer calories” and using an online calculator to try and achieve a “calorie deficit on most days.” She also adjusted her fitness routine with daily walks (2-3 miles), a rowing machine in her living room and pilates. In total, Ree worked out six days a week during her weight loss journey, and sometimes committed to two workouts a day. Ree’s efforts clearly paid off, because she looks amazing!