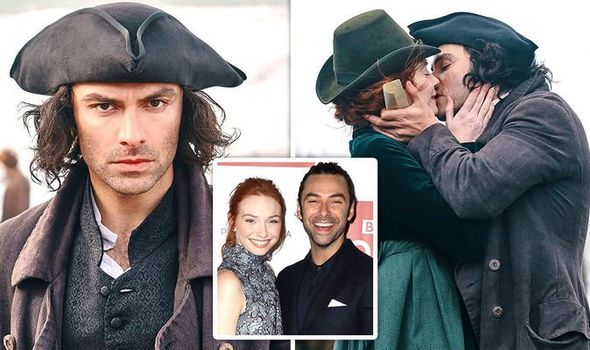 Aidan Turner has portrayed Captain Ross Poldark in the BBC drama since 2015, opposite Demelza actress Eleanor Tomlinson. Tonight the final instalment of the saga, based on the books by Winston Graham, airs and fans will see the couple for the final time. Speaking to press at the launch of season 5, the actor spoke of their last day on set together, revealing how it involved some “quite intimate” scenes. The 36-year-old has teased how the series will end, as he spoke about “clicking” with the actress, 27.

It was quite intimate and quite lovely, and seemed to make sense that it was just myself and Eleanor Tomlinson

On their last time shooting with one another, Aidan stated: “It actually was pretty poignant – our last day was just myself and Eleanor doing some of the bedroom scenes.”

The heartthrob continued: “It was quite intimate and quite lovely, and seemed to make sense that it was just the two of us I suppose.”

He went on to discuss Ross’ relationship with Demelza as well as working with his co-star for four years.

“They’ve overcome a lot of things, haven’t they?” Aidan said. “I think they’re in a good place by the end of the series yeah…”

He then quipped: “Or he dies,” before going on to laugh, suggesting it was all in jest.

He then said of working with Eleanor: “It’s brilliant, it’s always been amazing. We care a lot, we’ve invested a lot in the show and the characters we care deeply about it. 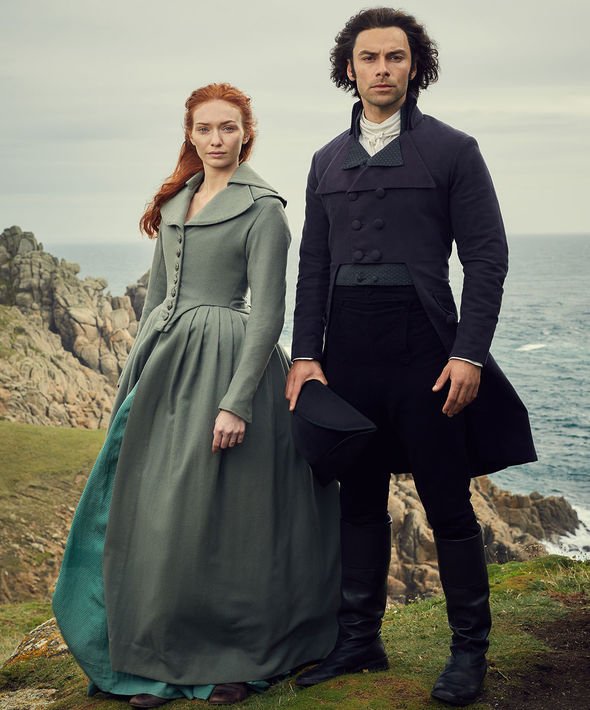 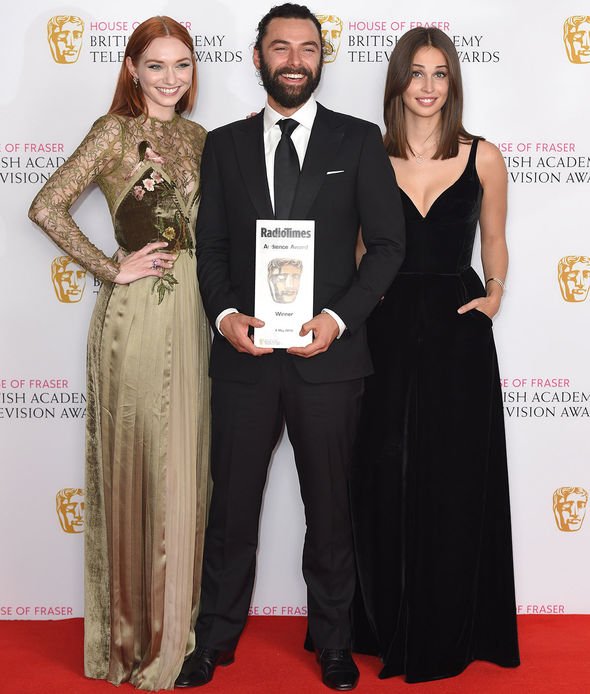 “We get along great, but you know the work always comes first and it’s always been that way.”

Meanwhile, it comes as Eleanor has shared a number of messages as her final turn as Demelza is shown.

Taking to Instagram on Friday, she posted a throwback of herself from season one in view of her 132,000 followers.

Prior to being taken in by Ross, her alter ego is seen sat on a barrel with her pet pooch looking very different in stained rags and dirty legs.

“#fbf and oh boy, what a journey it has been!” she captioned it. 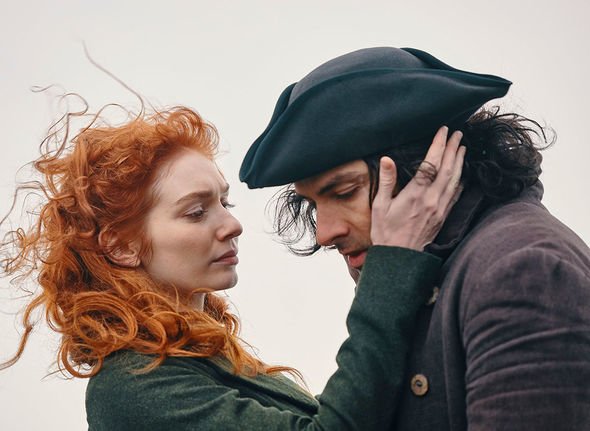 She continued today with a red carpet photo alongside Aidan and Elizabeth actress Heida Reed, 31.

Poldark concludes tonight at 8.30pm on BBC One.

21 Apr 20
Cobie Smulders is delighting How I Met Your Mother fans everywhere. The 38-year-old actress participated in a …
Celebrities
0