Who is in the cast of Fate: The Winx Saga on Netflix?

Ricky Gervais turned down the chance to be the first comedian to do a stand-up gig in space.

The 59-year-old appeared on “The Tonight Show with Jimmy Fallon” and told the late-night host that he was recently pitched the new opportunity but felt it was too dangerous.

“I was offered one of these things where you go up into space for 15 minutes,” he revealed. “And it was like a group of billionaires and they offered me the chance to be the first comedian to do a stand-up show in space.”

The “After Life” creator said he thought the whole experience would be a waste of time. “These people have paid $300,000 to go into space and have a look around… and then they go there and it’s Ricky Gervais doing 10 minutes. They can watch me on YouTube,” he joked.

Gervais reasoned, “We are in space now – right in the middle.” 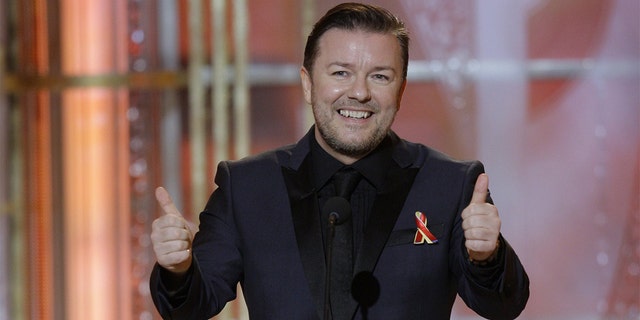 Ricky Gervais turned down being the first comedian to perform in space.
(Paul Drinkwater/NBCU Photo Bank)

The comic has also applied his no-nonsense attitude to the social media phenomenon that is cancel culture and its impact on the world of comedy and how difficult he finds it to make comedy in an environment where the consequences of one’s words are so dire.

On a recent episode of the podcast, “SmartLess,” Gervais said, “The scary thing is being canceled if you say the wrong thing and suddenly Netflix can take you off their platform,” he told the hosts.

“You could be the most woke, politically correct stand-up in the world at the moment, but you don’t know what it’s going to be like in 10 years time,” he continued. “You can get canceled for things you said 10 years ago.”

“The misunderstanding about cancel culture is some people think you should be able to say anything you want without consequences and that’s not true because we’re members of society and people are allowed to criticize you,” he said. “They’re allowed to not buy your things, they’re allowed to burn your DVDs and they’re allowed to turn the telly off. What they’re not allowed to do is to bully other people into not going to see you.”

Dwyane Wade is thinking about taking his career in a new direction! The former NBA superstar took to Twitter to...