“What is wrong with you?” demanded the former GOP congressman of the Capitol police officers he says are typically known as “badasses” 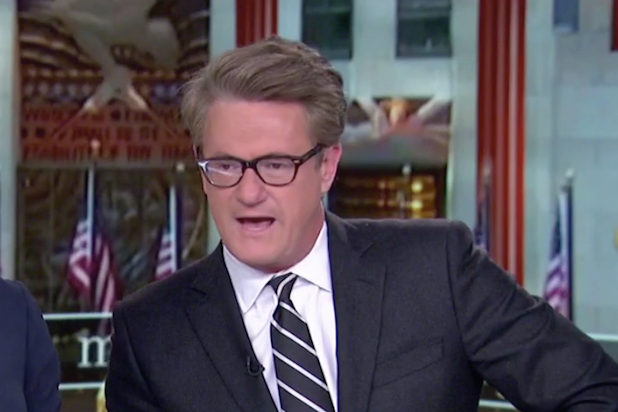 MSNBC’s Joe Scarborough dropped an F-bomb on Thursday in a rant against not only President Donald Trump and the mob that rioted in the Capitol to support him, but the Capitol Police officers who were on duty when it happened Wednesday.

“Why do you scream at people for walking across the street three blocks away from the Capitol? Why are you known as ‘badasses’ around the Capitol but then Trump supporters come in and you open the f—ing doors for them?” Scarborough, a former GOP congressman with years of experience in the Washington, D.C., asked aloud. “You open the doors for them and let them breach the People’s House! What is wrong with you?”

The Capitol police were widely criticized by many more people than just Scarborough for their handling of the riot that took place during a joint session of Congress called to certify President-elect Joe Biden’s win. Scarborough was referring in his screed to viral videos seeming to show officers allowing rioters through a barrier or take selfies with the Trump supporters occupying the building.

Scarborough also noted the discrepancy between the treatment of the predominantly white pro-Trump mob and other political demonstrators who faced much harsher resistance from U.S. authorities in recent years. The former 'Saved by the Bell' actor is determined to fight his health crisis as he is undergoing chemotherapy amid...