The former Spanish professional soccer player has posted the first photo of him and his 23-year-old girlfriend on his account, months after he separated from the singer over his alleged infidelity.

AceShowbiz –Gerard Pique is making his new romance Instagram official. Confirming his relationship with Clara Chia Marti, the 35-year-old hunk has posted the first photo of him and his new girlfriend on his account following his split from Shakira.

The former Spanish professional soccer player uploaded the picture on Wednesday, January 25. In the selfie, the pair cozied up while on the patio of what looks like a restaurant. The retired FC Barcelona athlete leaned forward to put his face close to Clara’s as they sported coordinating black outfits. 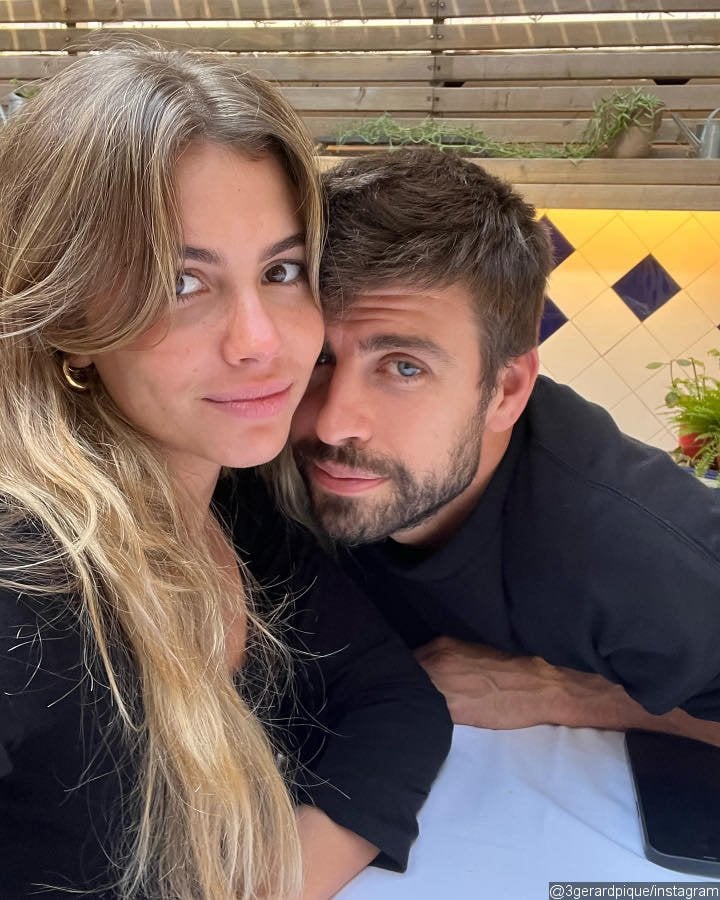 Gerard left the snap captionless, but fans were quick to add their comments as most of them side with Shakira. “I would have been ashamed,” one user commented, while another chimed in, “imagine ruining your family life with your wife and children because you couldn’t keep your willy in your pants.”

“She doesn’t compare to the mother of your children,” a third wrote. A fourth person said, “Clearly, it’s official and the jam-eating position is free,” clearly referencing recent news that Shakira found out about Gerard’s affair from a jam jar.

Shakira and Gerard announced their split in June 2022 after 11 years together. “We regret to confirm that we are separating,” the former couple, who share sons Milan, 9, and Sasha, 7, wrote in a joint statement at the time. “For the well-being of our children, who are our highest priority, we ask that you respect their privacy.”

In August, Gerard was spotted making out with Clara at a Dani Martin concert in Puigcerda, Spain. A fan noticed that Clara was featured in a Zoom interview that Gerard did from home back in 2021. Following the revelation, Shakira was reportedly “devastated to learn that this woman clearly felt at home in the house they shared with their children.”

Most recently, it was reported that the “Underneath Your Clothes” songstress found evidence that Gerard was cheating on her from her missing fruit spread. The Colombian-born star reportedly became suspicious when she realized her jam jar was disappearing after she returned from traveling because the soccer star and their kids all hate jam.

28 Jan 20
With butterflies strewn across her dress and styled into her adorable topknot, Stormi Webster took…
Celebrities
0 27 Dec 21
I did not get a kitten for Christmas. I definitely thought about it, and were…
Celebrities
0