Sharon Osbourne, 69, has admitted she got emotional during the Queen’s state funeral held on September 19, especially after seeing Prince Harry. The Talk host admitted it was touching to see the Duke of Sussex back in England after he and his wife Meghan Markle quit royal duties in 2020.

The Duke and Duchess of Sussex have embarked on a new life in Montecito, California with son Archie, three, and one-year-old daughter Lilibet.

The nation bid a final farewell to Britain and the Commonwealth’s longest reigning monarch, who died on September 8.

People lined the streets to catch a glimpse of the procession — the small, thoughtful details, like the Queens’s corgis and horse waiting for her casket at Windsor Castle, were “magnificent”, said Sharon but still emotional for the presenter.

Ozzy Osbourne’s wife — who gave commentary to Fox News during the funeral broadcast – reacted to Harry and Megan reunited with the rest of the royals. 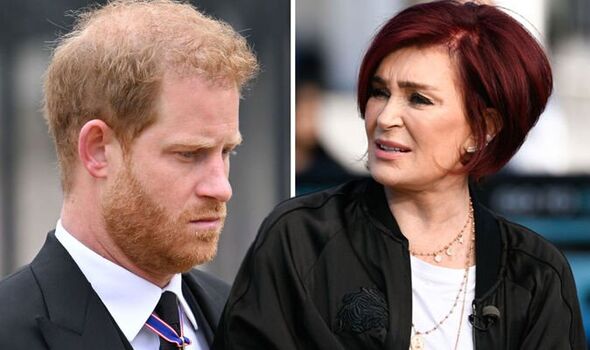 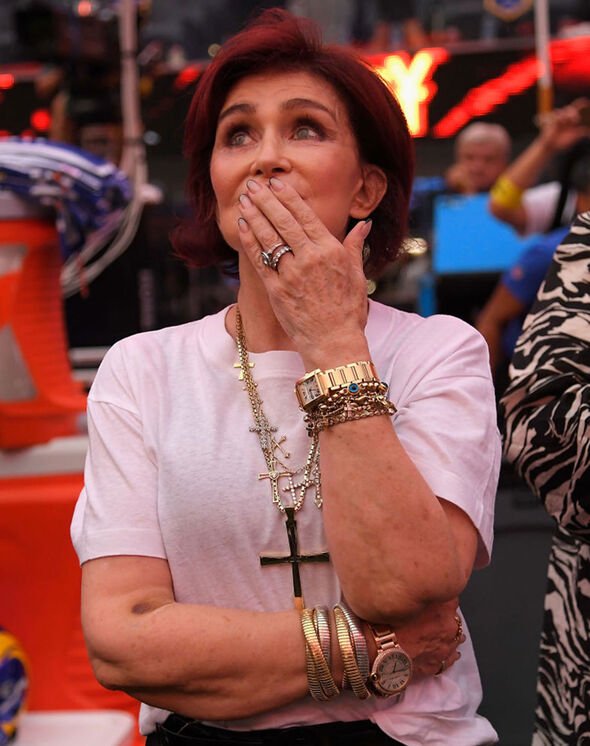 In a new interview, she admitted feeling “sad” for the Duke of Sussex.

“I felt really, really sad for Harry when he came back,” she admitted to Yahoo! Entertainment.

“And I felt sad, sad for the country because it’s — it’s where he belongs. To see him walking with his father and his brother, I just felt very, very sad.”

Sharon went on to share her hopes for the brothers in the future hoping their recent facetime could lead to a reconciliation. 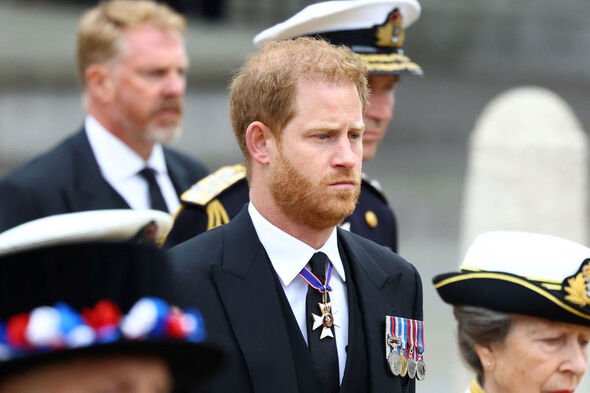 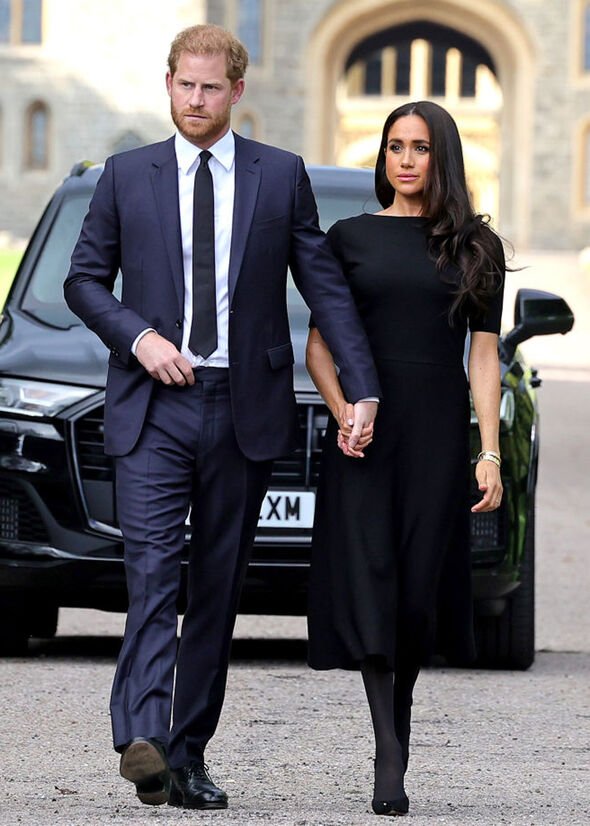 The Duke and Duchess of Sussex announced they would be leaving their roles as working royals in early 2020 – as a source close to Her Majesty claims she was hurt by the decision, according to a new book.

The couple were allowed to leave the Firm, but couldn’t use their HRH titles in their quest to become financially independent.

However, the monarch’s alleged true feelings have been revealed in a new book called The Royals by Katie Nicholl.

An excerpt published in Vanity Fair claims the late Queen Elizabeth II confided to a close friend that she was exhausted by the decision.

The source said: “She was very hurt and told me, ‘I don’t know, I don’t care, and I don’t want to think about it anymore.”

Meanwhile, it has been reported the Duke and Duchess of Sussex have flown back to the US after the funeral.

They initially returned to Britain as part of a charity tour of the UK and Europe when the Queen passed away.

Prince Harry dashed to Balmoral after the late monarch had died.

They extended their stay in the UK for the funeral and were seen side-by-side with the Prince and Princess of Wales as they greeted mourners outside Windsor Castle.

During the emotional service held for the Queen at Westminster Abbey, Meghan was pictured shedding a tear.

Harry walked behind the Queen’s coffin on Monday alongside his brother William, the Prince of Wales and his father, King Charles III.