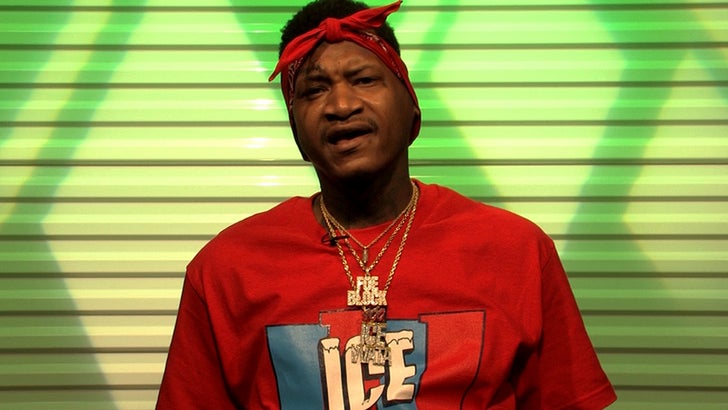 Slim 400 thought he was a goner as a hail of bullets rained down on him during a drive-by shooting in Compton … but he miraculously survived, and now he says he can’t be stopped!!!

Slim joined us on “TMZ Live” Thursday and gave us the lowdown on last month’s ambush, which sent him to the ICU and into surgery 4 times after he was shot NINE TIMES by masked gunmen.

The “Bruisin” rapper admits he thought he was toast when the shots were popping off … and he details the shooting, telling us why he was able to make it out of there alive.

It’s pretty impressive … Slim is walking around on his own less than 3 weeks after being shot, and the only noticeable injury is a loss of hearing in one ear, which he hopes will restore in time.

Slim explains why he taunted his shooters — who are still on the streets — and tells us what minor changes he’s making after his brush with death. Sounds like he’s heeding YG‘s advice to “stay dangerous.”

As Slim puts it, you can’t run from death … but he feels the Lord has something special planned for him because he could’ve easily been six feet under by now. 13 Jan 22
Jonshel Alexander, the former child actor who co-starred in the Oscar-nominated film “Beasts of the…
Celebrities
0