Sofia Richie is currently in Turks and Caicos living her best life with BFF Kylie Jenner in celebration of Kylie Skin’s Summer Body collection launch. So, obviously, Richie’s ‘Gram is full of bikini-clad shots from the epic trip. And, why not? The girl looks good and is in full vacay mode, OK?! So far, she’s uploaded photo after photo of herself in a super hot pink bikini on the beach, a blue tie-dye number from her special collaboration with Frankies Bikinis, and a fiery animal print set. She looks bomb, to say the least. However, some eagle-eyed fans spotted a few odd-looking curvatures in one of her snaps, accusing the model of altering the image with editing software. Well, Sofia Richie’s response to Photoshop accusations was not what you’d expect because she didn’t clap back. In fact, she just made the situation really confusing.

The photo in question is of Richie outside a fancy house. She’s standing on the steps and leaning against a fancy-schmancy stair railing in an animal-print bikini and a pair of really cool-looking shades. Though, Instagrammers were more concerned with the possibility of Richie editing her body to notice. In the photo, her arm on the right side appears elongated while the wall under that same arm appears to have a strange curve to it. Of course, the internet had a lot to say about the image. 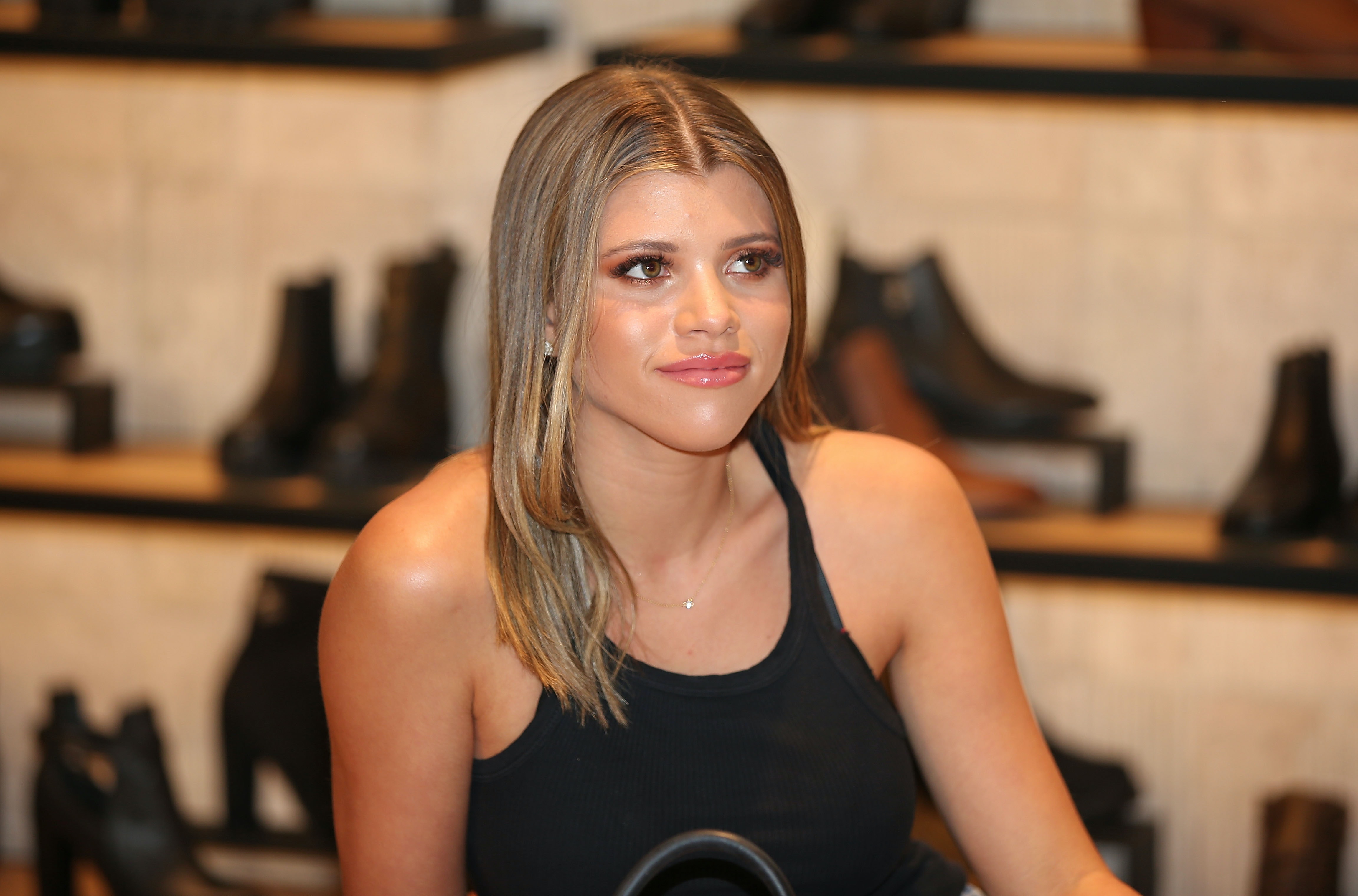 "Sis… your right arm," wrote another.

One commenter was completely perplexed by the length of Richie’s arm and fingers. "Why are her hands 10" long? Why would she need to photoshop?"

Another likened the large appendages to a monster. Yikes! "Why are her hands like monster claws! It’s freaking me out!!!!"

While another user, expressed her disappointment in Richie if she did, in fact, edit her body. "The curve of the wall sis,,, we were all rooting for you to not facetune like the rest of them!"

Richie spotted this comment and replied, saying the curved wall belonged to an archway. "Thanks boo! But that is an archway."

Is it? Are you sure, Sofia? Because, I have to admit, the wall behind her sort of looks like it’s covered with window panels to me.

Maybe she’s just referring to this photo which totally has an archway, it’s just on the opposite wall. Hmm… confusing. However, some users weren’t going to let the swimsuit model off that easy. "Ok the wall is an arch but her hands???? What is happening who has hands that long not even counting the nails," wrote one fan.

Richie is also 5′ 6" and usually tall individuals have longer arms and legs and fingers and toes. So, maybe pair that with her extra-long diva nails (as I like to call them) and voila! There’s also the angle of the photo to take into account, which could make the lower part of her body look bigger since it’s closer to the camera lens.

Regardless, Richie can do whatever she wants with her body, including editing it. Though, she should work on her clapbacks just in case there’s a next time.

28 Oct 20
The rumors are apparently true – Adele is dating British rapper Skepta! The pair have…
Celebrities
0