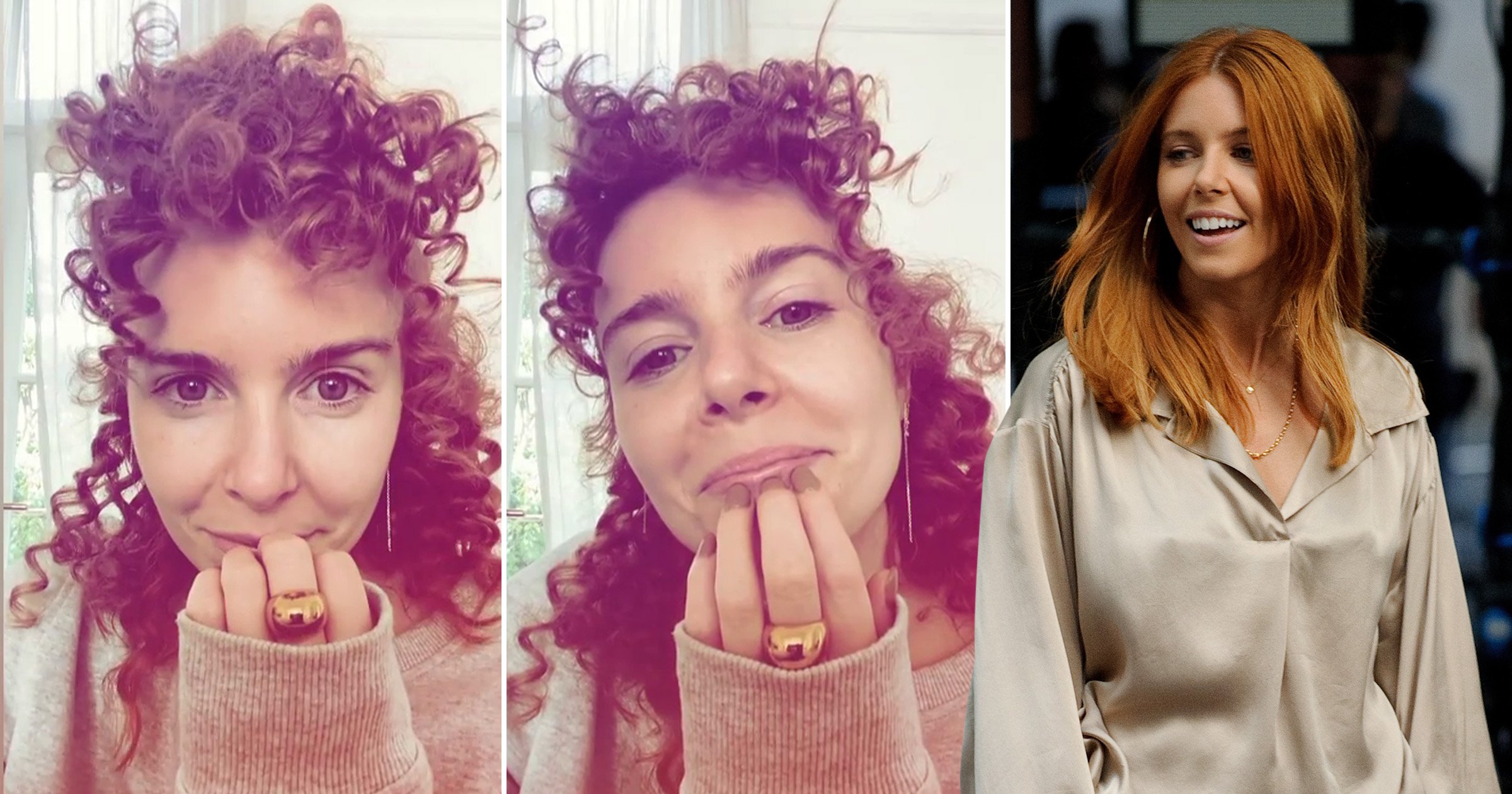 In another celebrity hair switch-up, Stacey Dooley has taken to Instagram to show off a striking new hairstyle that she’s enjoying with her fans.

The presenter and journalist, who is usually instantly recognisable from her sleek, straight hair do, which is often a vibrant shed of auburn, revealed tight, corkscrew curls as she posed for the camera in a short clip.

Clearly pleased with the transformation, the documentary maker captioned her post with a bullseye emoji.

To back up the point, she added: ‘(Straight hair is obvs now dead to me)’

The 2018 Strictly Come Dancing champion also shared the clip on her Stories, accompanied by 2 Chainz song It’s A Vibe.

Stacey’s followers were very much on board with the vibe she was giving, with one exclaiming ‘I want this hair!!!’ while another wrote: ‘You’re a whole vibe Dooley 😍😍’

Another remarked: ‘When the curls are down they’re gonna give big Strictly Salsa/Gloria Estefan vibes from this do! Love it!’

Boyfriend and former Strictly pro Kevin Clifton was also a fan of the change.

Stacey is not the first star to change up her trademark hair this week, with comedian Dawn French also revealing the latest, very short, stage in her journey towards ‘the ol’ bob in full grey glory’.

Hungry For It host Stacey, 34, has been in hot water over her hair before, after starring in a July 2020 advert for haircare brand Clairol.

She was allegedly fired from BBC Three show Glow Up for breaching the brand’s strict advertising guidelines, as the ad seemingly mimicked the make-up competition.

The BBC has tight guidelines for which commercials its stars can appear in while under contract with the broadcaster.

Any actors or artists contracted by the BBC are not allowed to appear in commercials that ‘mimic or replicate their on-air roles for the BBC,’ according to BBC standards.