One big, happy family! Tarek El Moussa and his children are ready to enjoy the holiday season with his girlfriend, Heather Rae Young, by their side.

The Flip or Flop star, 38, posted a festive photo with Young, 32, and his two children, daughter Taylor, 9, and son, Brayden, 4, who he shares with his ex-wife, Christina Anstead. The group was all smiles as El Moussa and his son sported matching plaid onesies. The Selling Sunset star and Taylor, meanwhile, wore identical red pajamas. 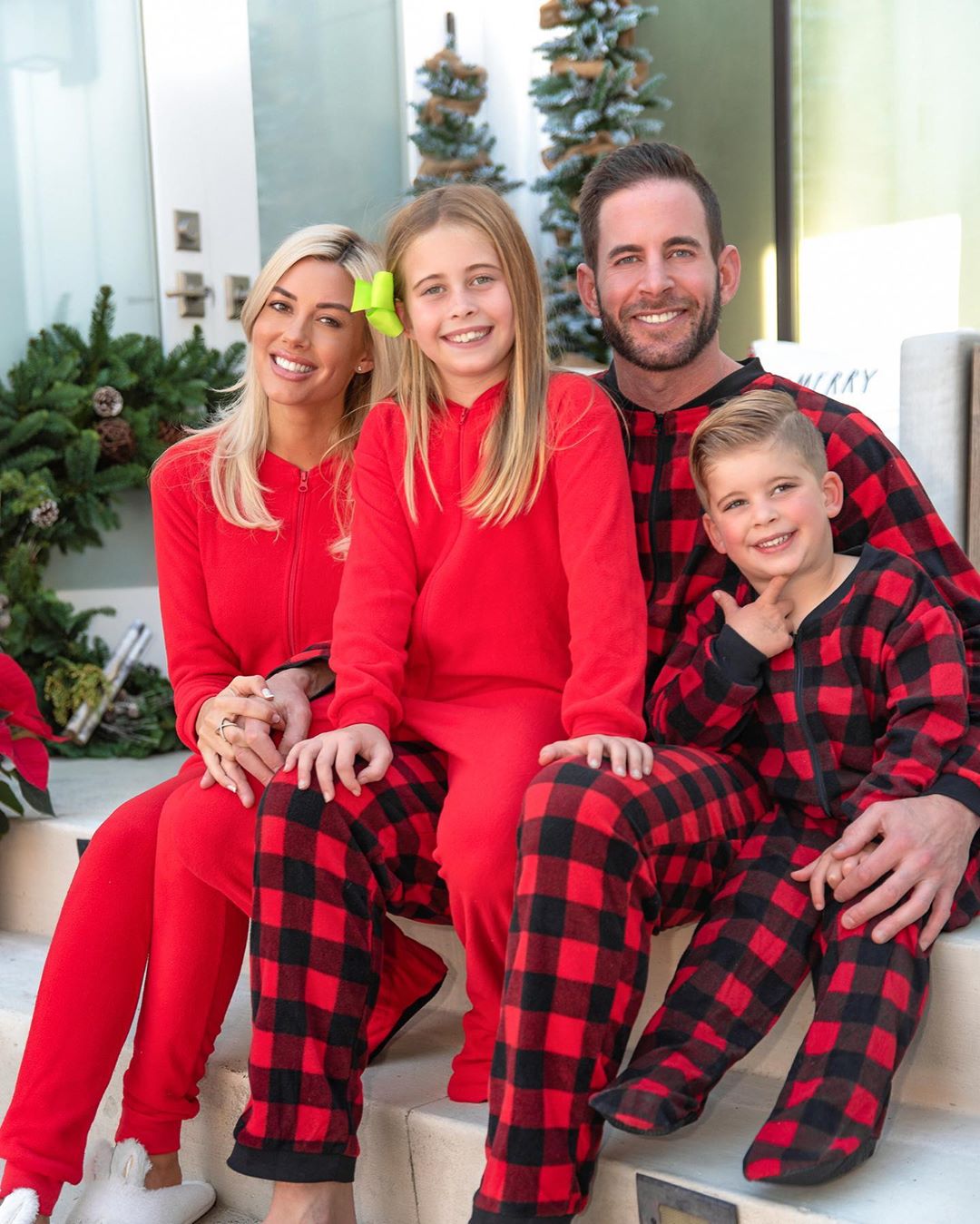 “I can’t tell you how long I’ve been waiting to post a photo just like this!” El Moussa captioned the sweet photo. “As you know…life has been pretty tough on me since 2013. I look at the last 6 years and sometimes wonder how I made it lol. It was extremely tough fighting two cancers, back surgery and a public divorce.”

El Moussa was diagnosed with thyroid cancer and testicular cancer in 2013 and split from Anstead, 36, in December 2016.

He added in the post that meeting Young in July made him hopeful he could be happy again. “I honestly gave up on love until I saw @heatherraeyoung last summer on the boat next to mine,” he penned. “The second I laid eyes on her I knew there was something special about her and I was right! She is absolutely incredible and me and the babies love and adore her:) Thank you @heatherraeyoung for coming into our life and making this photo possible:)” 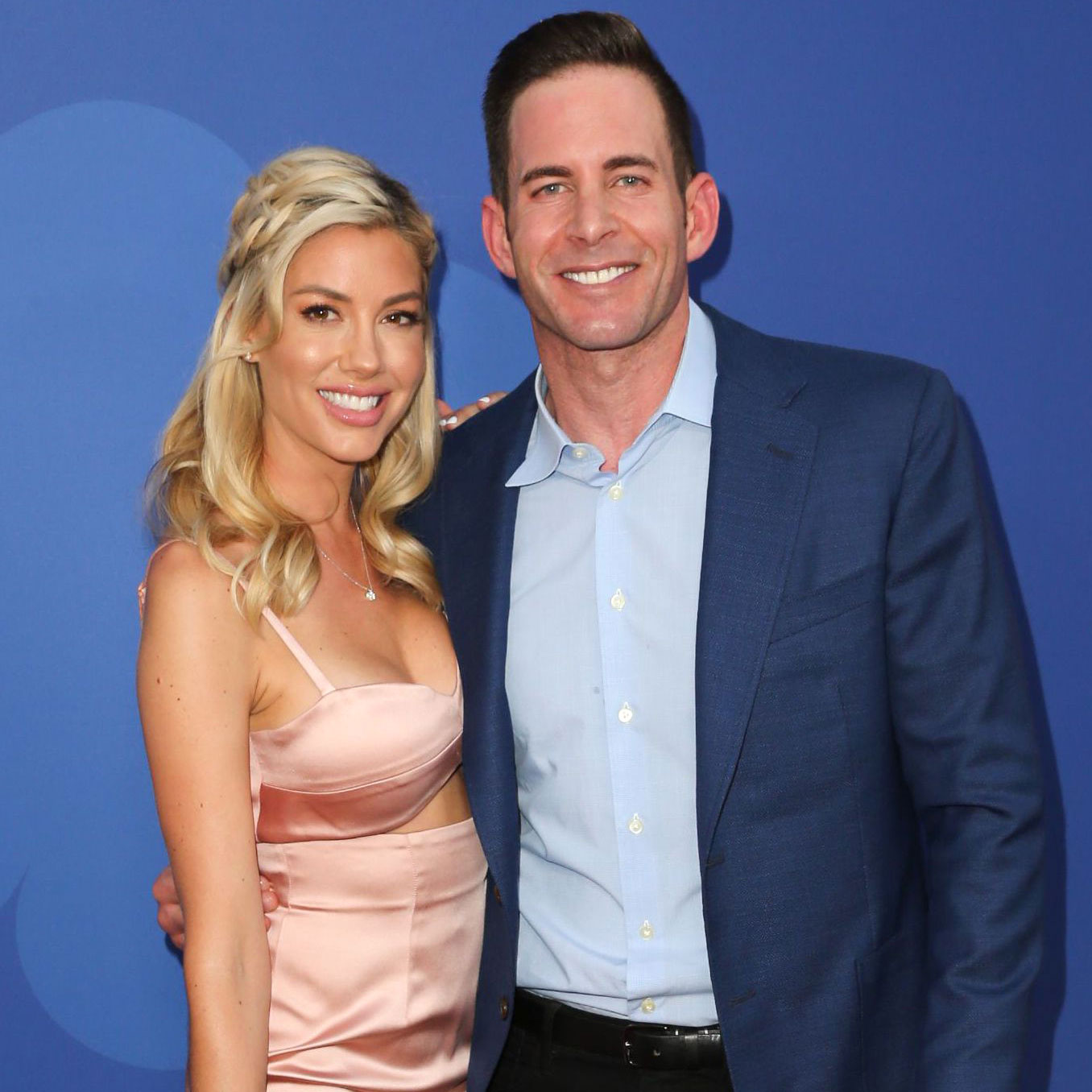 Young posted the same photo on her Instagram account and revealed it was her idea for the family to wear matching pajamas.

“I’ve dreamt of this life my whole life,” she wrote alongside the picture. “To wake up every single day so in love, happy and fulfilled. Being a hopeless romantic I never gave up. I just adore @therealtarekelmoussa & the kids so much.”

“Tarek gave me the job of picking out the outfits for our family Christmas shoot,” she continued. “He said ‘I’ll wear whatever you bring home’ hahaha and well…. I decided on matching jammies. And look how cute he looks❤️❤️”

“It was such a fun day, but definitely a little stressful wrangling everyone, but I wouldn’t have it any other way,” Young concluded. “Love my new little family!!!!”

Earlier this month, the TV personality explained how he told his children he had a girlfriend. El Moussa told Today Parents on December 2 that he decided to let his daughter know first because she is his oldest child.

“After going out with Heather Rae a few times, I started bringing her into my conversations with Taylor and would mention her little by little, sharing with her that I had met someone,” he said. “I shared that just like Daddy, she is also on TV and in real estate. After getting the initial conversation started, I would also show the kids photos and videos of me and Heather Rae laughing, being silly and hanging out, and that made them laugh and be able to put a face to her name.”

He noted, “Taylor was comfortable with Heather Rae right away and Brayden is a lot more comfortable with her now, as well. They play a lot and are building a nice bond together. It’s great!”

El Moussa told Us Weekly in November that engagement is on the horizon for the happy couple.“We’ve definitely talked about [a proposal], but we’re just kinda rolling with things right now,” he said at the time.

Young has been bonding with the children over the past few months. She joined the HGTV star and his children for a fun day of baking in October. One month later, El Moussa posted a photo of Young and his son as they supported Taylor at her soccer game.

El Moussa and Anstead were married from 2009 to 2018. The Christina on the Coast star, for her part, wed English TV presenter Ant Anstead in December 2018. The pair share a 3-month-old son, Hudson.