A Texas mother claims her 11-year-old son is being isolated and disciplined at school, simply because his hair is braided … and now she’s gearing up for a legal battle.

Hope Cozart says her son, Maddox, and his sisters expressed interest in learning more about their African heritage — their father is Black — and she’s encouraged them to “explore their culture.”

So, she says her son asked to have a braid in his hair like his father, but when he wore it to school earlier this month in Troy, TX … she claims he got in-school suspension, and not just once. 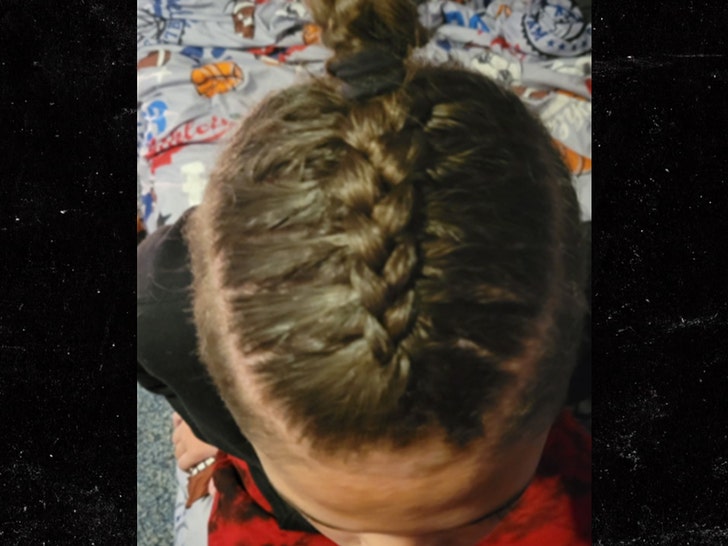 According to the law firm working with the Cozart family, Maddox was first suspended on April 5 “based on his hairstyle,” and has since been given in-school suspension every day for the same reason.

It says, “This action has denied Maddox an education equal to that of the other students at Raymond Mays Middle School.”

Maddox’s hairstyle reportedly violates the student handbook, which states hair “May not be worn in a ponytail, top knot, bun, or similar styles.” His mother says this is an outdated policy that needs to be changed, adding … “Kids should be able to express themselves and hair does not affect your education.”

According to Love B. Scott, the school has reportedly declined to comment on the situation citing its student confidentiality policy, but the family’s legal team is threatening legal action if Maddox is not returned to his class immediately.